Soccer spectators Tuesday night get the first public tastes of Stroh's Detroit Lager, being introduced at a Detroit City Football Club match against a Windsor team at Keyworth Stadium in Hamtramck.

It reaches stores and bars next Monday. 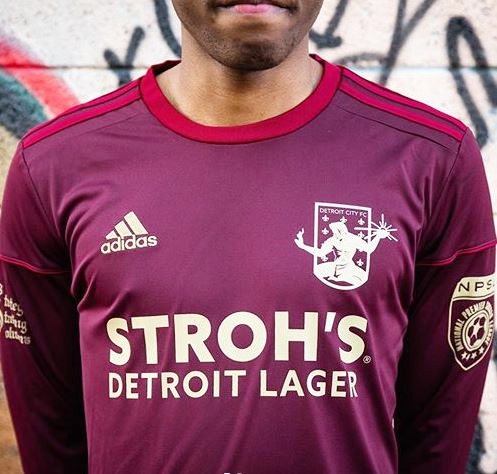 The brewer, a sponsor of the soccer club, began in Detroit in 1850. It was family-run until a 1999 purchase by Pabst Brewing, based in Los Angeles.

The low-alcohol lager recipe joins that lineup as "the latest newbie from a storied brewery that, in the age of craft beer, many have forgotten," says a post from American Craft Beer, based in Washington, D.C. It frames the release as "another sign that Pabst . . . is hoping to revitalize Stroh’s presence."

The newcomer -- with can and bottle label colors that match Detroit City FC uniforms -- has just 4.6 percent alcohol by volume, compared to 5.5 percent for the pilsner.