Editor's Clarification: Jabreel Ahmed, a cousin of the author, Shaffwan Ahmed, tells Deadline Detroit that the store, Amanah Poultry and Groceries, was a family run business and Shaffwan's father was an investor and worked there on occasion. The store is in Hamtramck, two blocks from the Detroit border.

A first-generation son of Detroit reminds neighbors what families with foreign roots contribute to our area's economy and culture. 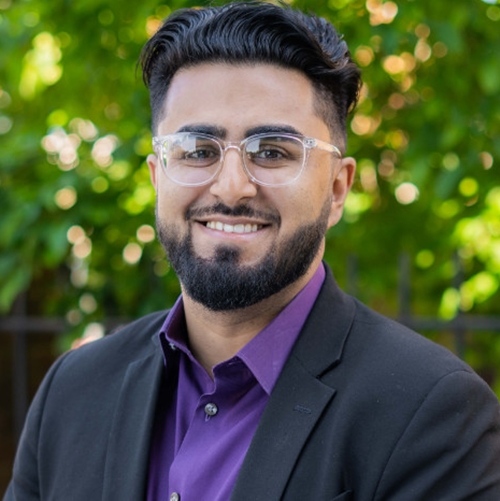 Shaffwan Ahmed is "carrying on my parents' legacy." (Photo: LinkedIn)

Shaffwan Ahmed, 30, has a stirring message for "skeptics who say that immigrants drain American resources." In a Free Press guest column, he writes:

In 1990, when my father opened a grocery store on Conant Street in Detroit at the border of Hamtramck, the area was blighted, home to empty buildings in disrepair. Chrysler had closed its Dodge Main plant a decade earlier, prompting a mass exodus, which devastated the community and its tax base.

And yet my father, an immigrant from Bangladesh, saw through the city’s rust belt decay. He saw its potential.

He opened Amanah Poultry & Grocery with money he had saved working as a hotel front desk manager. The poultry store was a bright spot on the street, and it helped attract new business. . . .

My immigrant family, like many others here, increased our investment in the city as our business flourished.

The immigrants' son, one of six siblings and a former Detroit revitalization fellow at WSU, is working on a Michigan State master's in business administration.

My parents set a tremendous example. . . . They, and the rest of our community, helped breathe new life into Hamtramck and Detroit. . . .

I’m carrying on my parents’ legacy: serving the city, strengthening our communities and taking a stand against displacement. Through our innovation and grit, immigrant communities are revitalizing one of America's greatest cities.

"It's not unique to Bangladeshi immigrants," he adds on Facebook. "I've met many from other countries too."