Starkman: Another Nail in the Freep's Coffin

The writer, a former Detroit News business reporter, is a freelancer with a site called Starkman Approved. 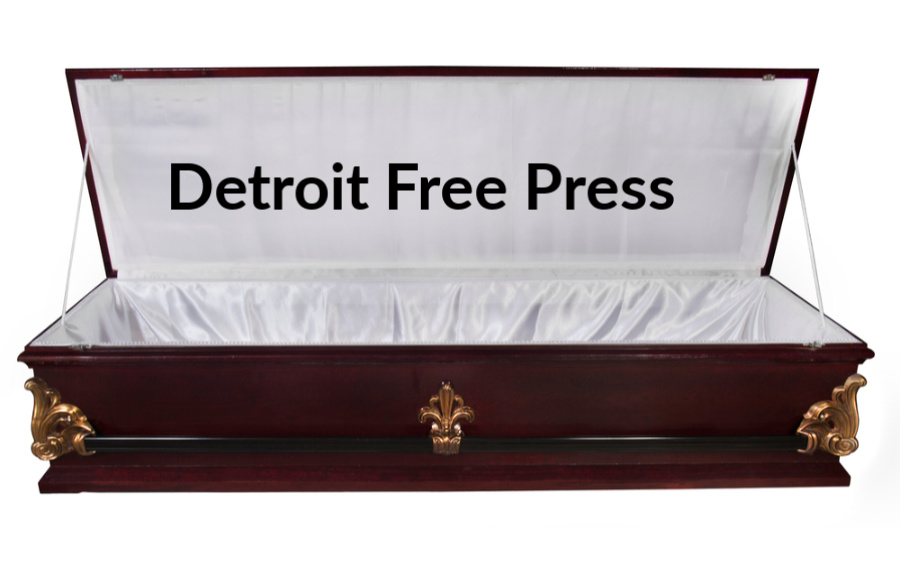 Karma is a bitch. And Monday it came back to bite Gannett, the owner of the Detroit Free Press.

Gannett agreed to be acquired for a measly $1.4 billion by GateHouse Media, a company controlled by a vulturous New York investment firm owned by a Japanese conglomerate. If it were not for the good people at the Freep who are going to lose their jobs, I’d be calling on Mayor Mike Duggan to declare a civic holiday so that Motown residents could take to the streets and sing, “Ding Dong the Corporate Witch is Dead.”

Gannett was responsible for the decimation of Michigan journalism. In 1986 it acquired The Detroit News, then Michigan’s biggest paper with a statewide circulation and a nationally respected editorial board. The company immediately negotiated with the Detroit Free Press' owner to merge business operations and form a joint operating agreement under which Gannett would receive a majority share of the profits. The monopoly was permitted under federal legislation known as the Newspaper Preservation Act, which was intended to do exactly that.

But that’s not how Gannett rolled. After getting the JOA approved it immediately killed the News’ morning edition, essentially a death sentence because in those days morning editions reigned supreme. Gannett installed editors from its mediocre JOA operation in Rochester to run the News and they forced out a slew of top-flight journalists, many of whom were born and raised in Detroit. For good measure, the company tried to break the local newspaper unions, prompting a crippling strike that resulted in a significant loss of paid subscribers.

After Gannett reduced The News to a shadow of itself, in 2005 it sold the newspaper and acquired the Freep in a highly unusual asset swap. Media advisor Colby Atwood presciently warned about the implications of media companies treating their newspapers as simply money generation machines. “People have a relationship with their newspaper, and if they feel that it’s just a device that a giant corporation is using to make money, they feel taken advantage of. This doesn’t do much to build brand loyalty, and that’s what newspapers need more of, not less of.” 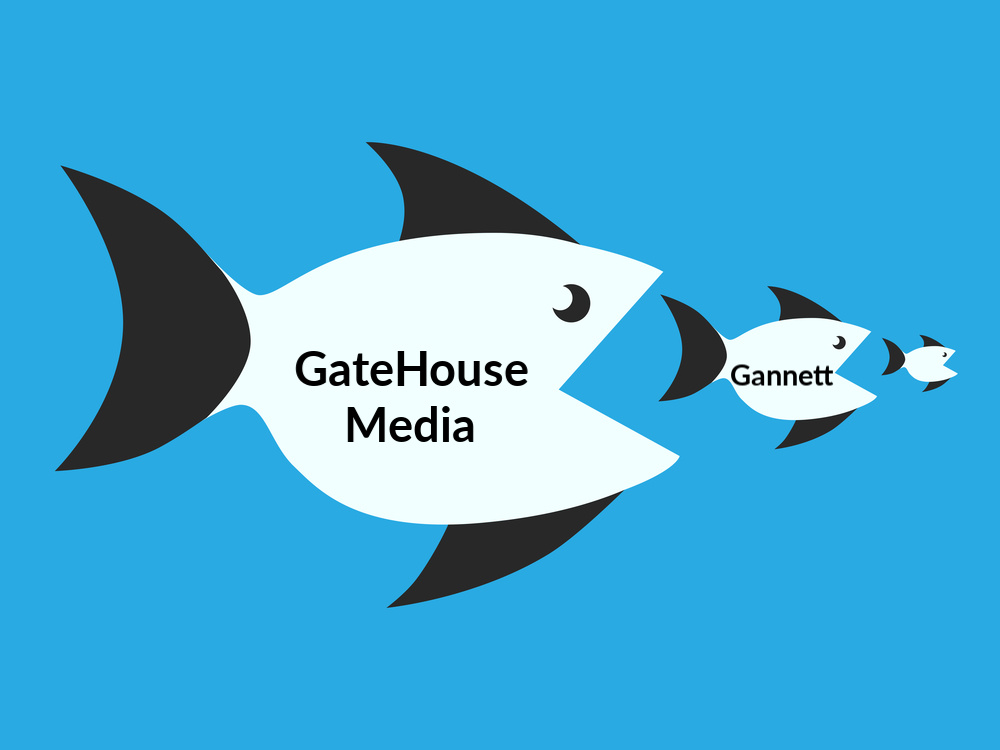 What Gannett sold for underscores how badly the company was mismanaged. Let me put it in perspective: Gannett was founded more than a 100 years ago and owns more than a hundred newspapers across the country. It sold for $1.4 billion. Nextdoor, which was founded in 2008 and operates a network of schlocky neighborhood websites where area residents post all the content for free, was recently valued at $2.1 billion.

Here’s why: Nextdoor has information that is of great interest to local residents. The engagement of the site’s readers is impressive. For example, someone in my neighborhood yesterday posted an inquiry asking about the origins of an unusually large spider; he already has more than 50 responses. Spider proliferation is a major problem in Los Angeles, where I live, because of unusually heavy rain.  Local newspapers once routinely covered such mundane stories, but rarely do now.

Gannett easily could have replicated a platform like Nextdoor and integrated the neighborhood sites into their local newspapers. But they had bigger ideas, like paying a former Wall Street Journal editor $2.4 million in fiscal 2017 to serve as “chief content officer.” CEO Bob Dickey, Gannett’s former CEO, earned $6.4 million in fiscal 2017.

Let me also put this into perspective: Rochelle Riley, the Freep’s longtime columnist and one of the few remaining veteran black journalists at the newspaper, retired in the hope of saving a few jobs for younger journalists. Gannett could have hired dozens of top flight journalists for the $2.4 million it paid its chief content officer, including some editors with extensive experience in local journalism, a specialized skill quite different than working at a national business newspaper.

A look at Gannett’s board readily explains the mismanagement of the company. For years Gannett preached that “digital” was its future but most directors have limited digital journalism experience. And for a company that’s long proclaimed its commitment to diversity and serves a significant black readership, the slim board is about as diverse as the Grosse Pointe Boat Club.

One Design Fits All

Local journalism lost its way when media companies adopted consultantspeak and began referring to their products as “content,” which is akin to artisans calling their artistic creations “widgets.” City newspapers once had a specialized lingo and framed their coverage with defined terms such as “news story,” “feature story,” “sidebars,” “tic tocs,” and “briefs.” Now they all simply create and throw content at the wall in the hope that something sticks and generates clicks.

Just look at today’s Freep and compare it to other Gannett properties such as the Indianapolis Star, Arizona Republic or the Salinas Californian.  Gannett adopted a one-design-fits-all formula for its newspapers and robbed them of their local souls and identities. Gannett newspapers are all laid out and edited at various central content processing facilities across the country. They should no longer be referred to as “newspapers” but rather city-branded content colonies. 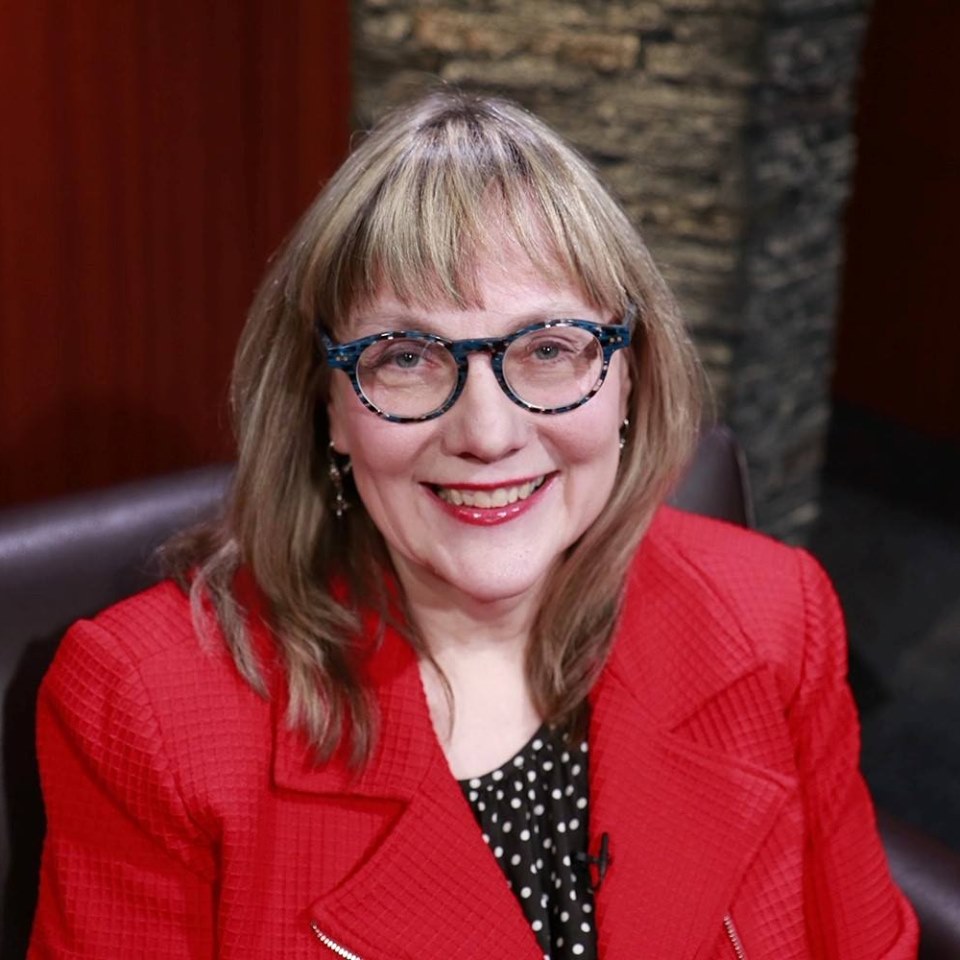 Gannett has decimated the Freep with extensive cuts. There are still some good people left producing great journalism, like Susan Tompor’s recent feature about a Westland woman who unwittingly ended up with a legal 350 percent interest rate on a $1,200 loan.

Sadly, Tompor will soon be working for a company looking for “efficiencies” and “cost reallocation” and not one that appreciates the skill of a journalist with decades of experience. Hopefully, she’ll survive but rest assured some good people will get pink slips once the merger closes.

There is something Mayor Duggan and the local business community can do to possibly save some Freep jobs: Issue a proclamation that Detroit won’t accept or support any more Freep cutbacks.

There is precedent for such action. Former mayor Coleman Young was a vociferous opponent of Gannett’s sham JOA arguments and many political and business leaders also spoke out against the deal.

If everyone stays quiet, Gannett will die (although its name will live on) when GateHouse completes its acquisition. For all intents and purposes, so will the Freep.