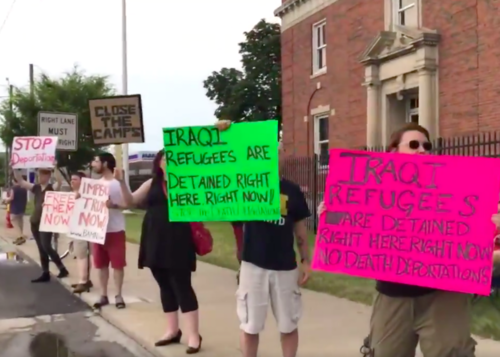 Iraqi refugees in Michigan are cutting their ankle GPS trackers to avoid deportation as Immigration and Customs Enforcement officials seek to remove them from the country before their immigration cases can play out.

At least seven refugees have removed ankle monitors in the last month in what is framed as a life-or-death decision, The Detroit News reports. A family member of one of the refugees said his brother was killed when he was deported to Iraq.

The men are being deported for committing crimes that the government believes violate U.S. immigration laws. They are more vulnerable to deportation after being released from detention because their immigration cases were denied and they are seeking emergency stays so they can appeal their cases. ICE, meanwhile, is expediting deportations before that can happen, Driver said.

ICE officials said cutting off the tethers has forced the agency to detain the men again and file federal charges for the act.