Expanding from a food truck to a restaurant is a familiar path for emerging chefs. Serving international cuisine also is how newcomers can stand out.

Omar Anani takes both routes, with a distinctive difference. His fast-casual addition to Detroit dining is the city's first Moroccan restaurant -- Saffron De Twah in the Kettering neighborhood. 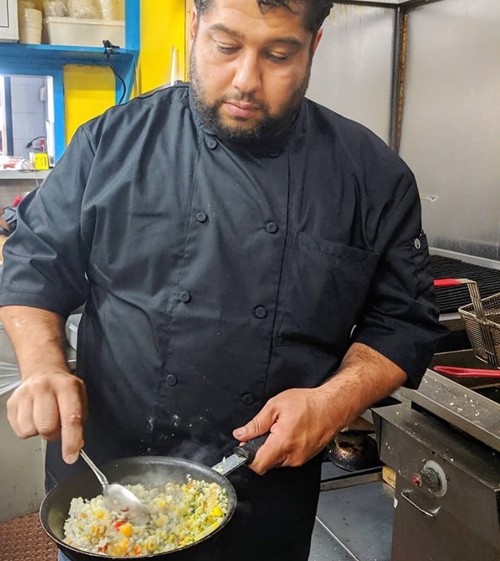 His small, nondescript east-side spot at 7636 Gratiot Ave. between East Grand Boulevard and Van Dyke Street is an evolving startup, and already gets applause from two food journalists.

Metro Times reviewer Tom Perkins calls it "a breath of fresh air," while Mark Kurlyandchik of the Free Press extolls Anani's lamb tagine as "tangy" and "delicious." He ranks it among "the dozen dishes that stood out from the crowd" during restaurant visits since January.

The owner-chef, Perkins writes this week, "presents a menu of bright and busy-but-balanced Moroccan dishes fused with flavors and techniques from around the globe."

Among the best [tastes] came from the tomato goat cheese dip with saffron tomato sauce, whipped chevre and pita chips — fans of chakchouka will recognize the plate. The acidic punch of the saffron tomato sauce perfectly balanced with the base of cooling, creamy chevre.

Saffron De Twah makes its own crunchy pita chips in house for dipping. 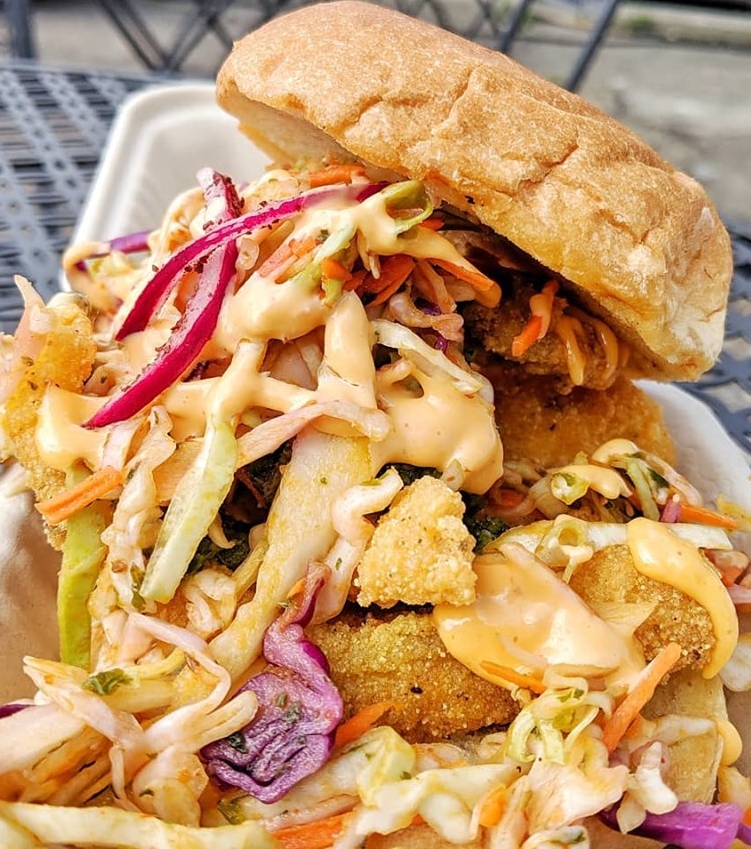 In his earlier blub, the Freep's dining writer described the lamb tagine as "tangy, acidic pulled lamb piled on couscous with small diced tomato, cucumber and green olive, all drizzled with a delicious yogurt sauce."

Vegetarians can get sandwiches with cauliflower tagine or jackfruit tagine and a side of chermoula vegetable couscous. And everyone can finish with gelato.

Beverages include iced mint tea, beet lemonade and house-made sodas that change monthly. There's no alcohol and limited hours for now -- 11 a.m. to 5 p.m. Monday through Wednesday and Friday.

Dinner hours and brunch will come eventually, the owner tells Perkins. To-go meals for pickup can be ordered by calling (586) 359-6138. 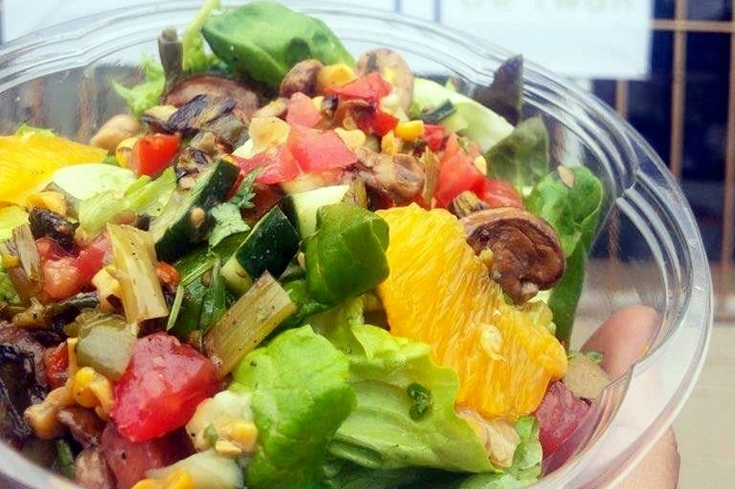 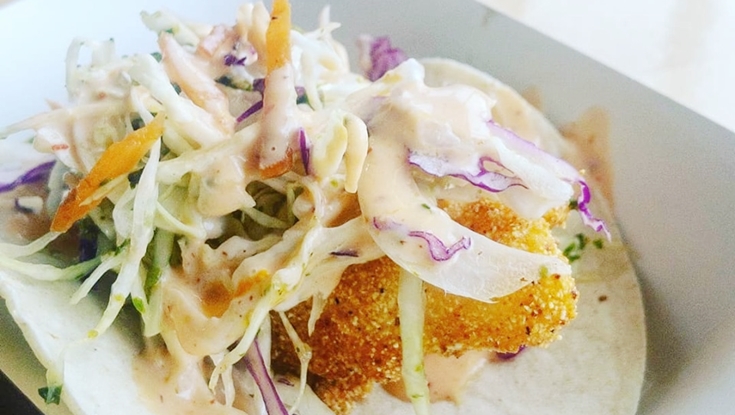 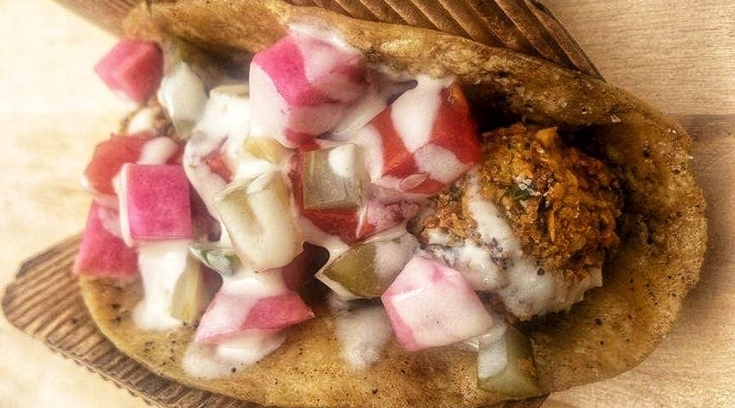 Falafel taco with pickles is an off-menu item. 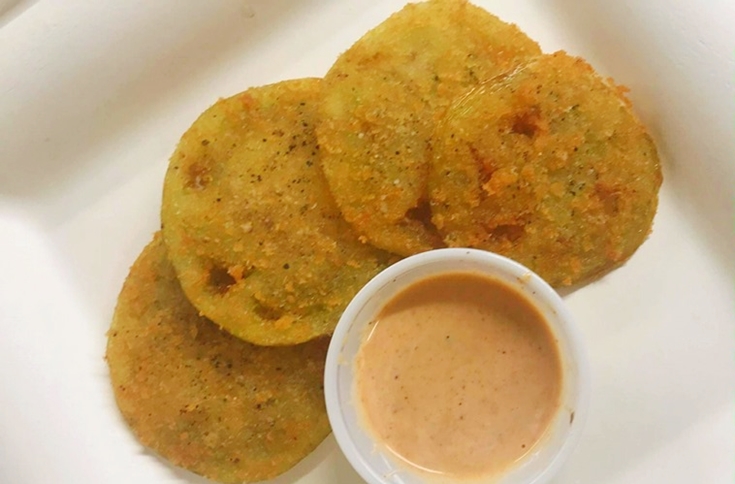 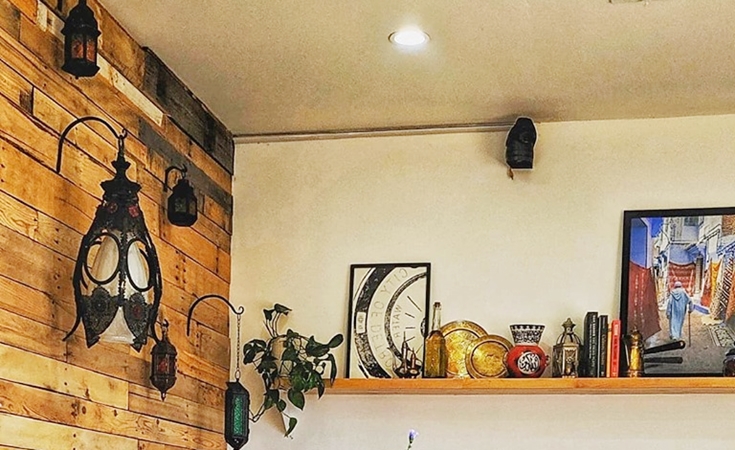