A Bloomfield Hills doctor tried to pull an Epstein this week, asking a judge to release him on home detention -- to his $1.4 million mansion -- rather than making him stay behind bars. 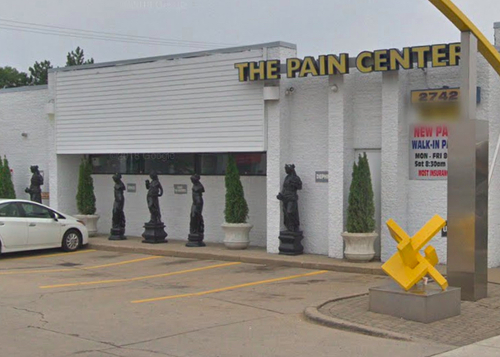 The request is similar to one made by accused sex trafficker Jeffrey Epstein earlier this summer, who wanted to be confined to his New York townhouse while awaiting trial, rather than the less luxurious confines of the federal lockup where he is being held.

The judge in Dr. Rajendra Bothra's case has not ruled yet. (Epstein's judge said no.)

Bothra is accused of masterminding a Warren "pill mill" that defrauded insurers of more than $500 million since 2013, requiring patients to receive unnecessary back injections in exchange for prescriptions for opiates. Bothra has been behind bars for eight months and is scheduled for trial in January.

Prosecutors want him to stay in prison and have called Bothra a flight risk involved in a dangerous drug scheme who has stashed money overseas and lied about family ties in India. He was poised to be released on a $7 million bond — one of the largest issued by a federal judge in U.S. history — until prosecutors won an appeal in March.

Prosecutors noted that more than a dozen doctors and other medical professionals charged with federal crimes locally have fled the country in recent years amid a federal crackdown on illegal opioid use and health care fraud.

Bothra's 4,000-square-foot home is on Gilbert Lake in Bloomfield Township. He proposed that an independent consulting firm install cameras, motion detectors and other technology to keep him confined there.