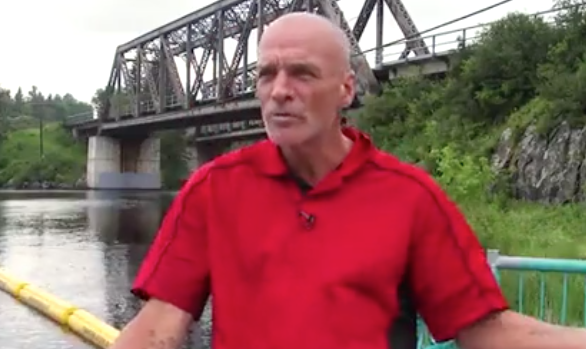 Joe Murphy, the Red Wings' No. 1 draft pick in 1986, is again homeless in Canada. And he intends to stay that way, for now.

Jeff Seidel of the Free Press found Murphy living on the street in Kenora, in northwest Ontario, refusing help from a host of concerned parties, including the NHL Alumni Association, police, social workers and former teammates. He spoke often of seeing "angels and archangels," although many of his problems may be related to the frequent head injuries he sustained as a hockey player.

Murphy talks openly about having mental health issues. Murphy has struggled with depression, difficulty thinking, short-term memory loss, emotional instability and suicidal thoughts — all of which are symptoms associated with chronic traumatic encephalopathy (CTE), the degenerative disease believed to be caused by repeated blows to the head.

Murphy suffered several concussions playing professional hockey, although it is unclear what impact that has on his current condition.

Murphy was part of the failed attempt to attain class-action status in a concussion lawsuit against the NHL. The lawsuit argued Murphy "suffered multiple head traumas during his NHL career that were improperly diagnosed and treated by the NHL. Mr. Murphy never was warned by the NHL of the negative health effects of head trauma.”

Murphy appears to be cogent and oriented. He describes himself as a person who likes to be alone and has "a lot of energy." Consequently, he walks the streets of the tourist town, north of Minneapolis and east of Winnipeg, and occasionally stops in at a homeless drop-in center for food and clothing.

"I hope he doesn't end up on a memorial wall," an administrator at the center says, in an accompanying video. She also said she suspects he is using drugs, based on an abscess in the crook of Murphy's arm.