The writer, a Los Angeles freelancer, is a former Detroit News business reporter who blogs at Starkman Approved.
Stephen Ross is a native Detroiter and big donor to his alma mater, the University of Michigan, where the business school is named for him. 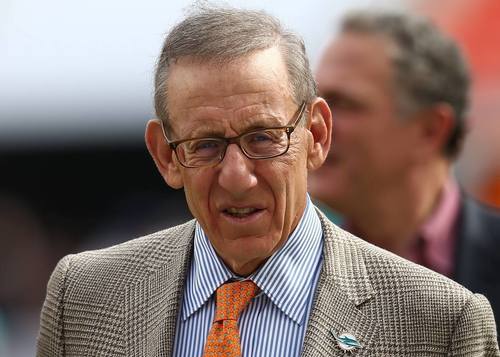 I’m no fan of Equinox Fitness, the swanky, ridiculously overpriced gym chain catering to celebrities, wannabes, and the self-absorbed. I’m also no fan of Stephen Ross, who I briefly met at a reception sponsored by his The Related Companies. I met a lot of a-holes in my three decades in New York City. Ross took the cake.

So I can’t begin to describe my joy in reading that a movement is mounting to boycott Equinox and sister companies SoulCycle, PURE Yoga and Blink Fitness because Ross, who ultimately controls these fitness temples, is holding a $100,000-a-ticket fundraiser for President Trump in New York’s Hamptons, a summer playground for the rich and famous. Among celebrities at the vanguard of the boycott is firebrand filmmaker Michael Moore, who, quite frankly, isn’t someone I immediately associate with fitness.

I know it’s wrong to take delight in the misfortune of others, but the bad press Equinox and Ross are getting makes me believe there really is a God. For those unfamiliar with Equinox and its affiliates, they promote a liberal-chic culture that makes its mostly affluent members feel good about their white privilege. In Michigan, there's one on Maple Road in Bloomfield Hills.

Equinox for years has run idiotic “Equinox Made Me Do It” ads featuring people of all racial and gender stripes. The company was featured in Newsweek as one of 50+ brands “Celebrating Pride by Giving Back to the LGBT Community” along with Nike and American Eagle. Equinox’s “brand” is political correctness. Understandably, having its pious image even remotely tied to Donald Trump would be akin to a revelation that the Sierra Club’s retirement plan is a major holder of ExxonMobil stock.

Equinox’s PR folks, normally focused on promoting the company’s do-good activities and placing articles about the lengths the company will go to accommodate A-list celebrities, are way over their well-coiffed heads on this one.

The company issued a statement to its “community” that Equinox and SoulCycle “have nothing to do” with the Trump fundraiser and “do not support it.” The company assured members that Ross is “a passive investor” and “no company profits” are used to “fund politicians.”

Equinox PR apparently isn’t familiar with ESG investing, an investment style for the righteous that considers environmental, social and governance factors. It holds that one shouldn’t support or profit from companies involved in activities deemed “socially irresponsible” like adult entertainment, alcohol and tobacco, weapons, fossil fuels, gambling, nuclear power and the reelection of Donald Trump.

Ross profits from Equinox's exorbitant dues, so if you are an Equinox member, you are indirectly contributing to Trump’s re-election efforts.

But you also are indirectly supporting the World Resources Institute, whose mission is to “promote environmental sustainability, economic opportunity and human health and well-being.” Ross contributed $30 million to the organization and serves as a trustee.  Ross’s myriad philanthropic activities also include serving on the boards or as a trustee on the Jackie Robinson Foundation, a nonprofit which gives scholarships for minority youths, Lincoln Center, and New York-Presbyterian Hospital, one of America’s finest healthcare facilities. The Detroit native also donated more than $100 million to the University of Michigan.

Ross, worth $7.7 billion, has pledged to give more than half his estate through the Giving Pledge, a charitable initiative created by Bill and Melinda Gates and whose supporters include Warren Buffett.

Among the lessons are that most people, even billionaires, aren’t all bad or all good.

Media commentators and Democratic presidential candidates have been declaring ad nauseum that anyone who supports Trump is a racist and white supremacist. How many of these people are involved in organizations focused on actually helping the underprivileged people they feign to care about so much? I belonged to Equinox almost since its founding (I recently quit) and the vast majority of minorities I’ve seen at their clubs are the cleaning staff.

Equinox is getting what it deserves. Unfortunately, they won’t lose a lot of business because of the outrage over Ross’s support of Trump.  In New York, Los Angeles, and San Francisco they are the only upscale gyms in town and most celebrities wouldn’t be caught dead in a New York Sports Club or L.A. Fitness which have significant minority members.

As for Ross, the furor couldn’t happen to a nicer guy. That said, if there is indeed a God and admission to heaven is based on one’s philanthropic and other good deeds on earth, I pray I’m not standing behind him at the Pearly Gates.