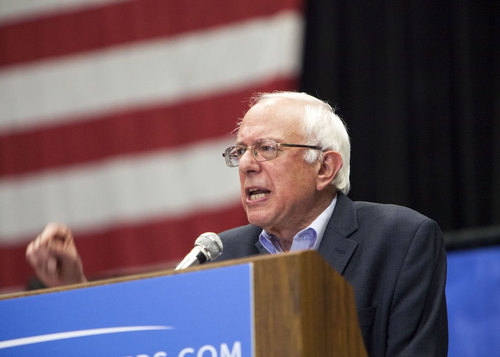 Bernie Sanders leads a saturated field of Democratic presidential candidates when it comes to fundraising in Michigan.

The Detroit News reports he's received almost a third of of all Michigan campaign contributions to the 2020 primary race.

Sanders has raised the most of any candidate nationally and has the most donors. As of July, his average campaign contribution was $18. He's the only presidential candidate who has not received any money from billionaires.

Gallery: Detroit residences in 'Caterpillar' tube are pitched as 'a new age monument'