Summer is hot, people hang outside and sometimes tempers grow short. Still, when people start throwing down in the street, in a brawl that involves adults, kids, a dog, a broom and weaponized trash cans? And it's mostly caught on video? Yeah, we're clicking that. 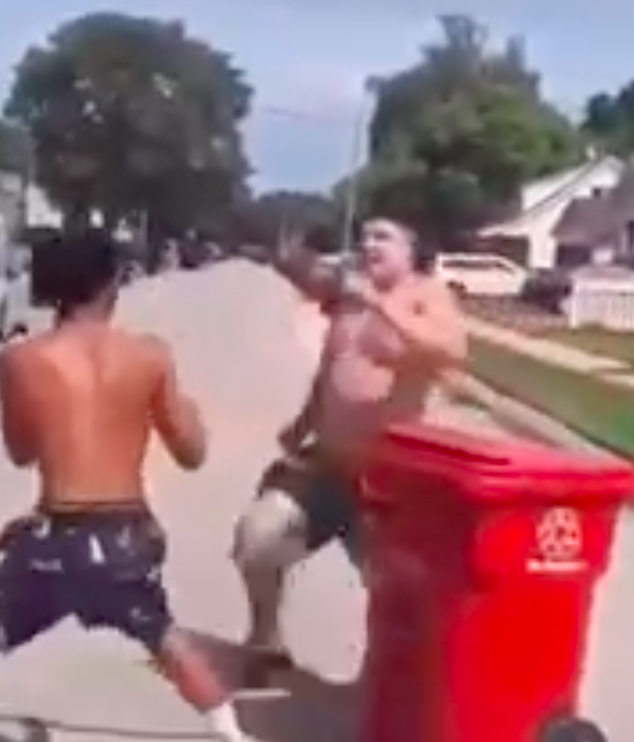 The blurry screen cap we have here really doesn't capture the depressing weirdness of what appears to have happened on one block in Roseville earlier this week, in which neighbor set against neighbor, obscenities and slurs were hurled, and those giant rolling trash cans were deployed as both defensive shield and bludgeon.

As the Freep reports:

Some users are calling it a racial attack, as the video shows a dog being released at a black teen after he engages in an altercation with an adult.

The incident started on Wednesday around 3 p.m. when Roseville police responded to a large fight, or what they deem 12 or more people involved in the 17000 block of Lowell.

Why are we bothering to describe it? Here's the video, and you can watch it if you're not feeling bad enough about your fellow man after this ghastly week.