How Bad and Sad Are Our 2019 Detroit Tigers? Let's Go to the Stats

Detroit's ballclub resembles this version of its mascot.

A stark question is atop sportwriter Chis McCosky's article Saturday at The Detroit News: "Could these Tigers be baseball's worst team ever?"

A subhead pounds the nail again with the words "historic depths."

"This season is irredeemable," according to the beat writer, who predicts Detroit's players could "equal or better their own American League futility mark of 119 losses set in 2003. . . . The Tigers need to win 10 of the final 50 games to avoid 119 losses."

McCosky ticks off 2019 season interim data points behind that conclusion. (Numbers are updated to reflect Friday night's 5-2 win over the Kansas City Royals at Comerica Park.) 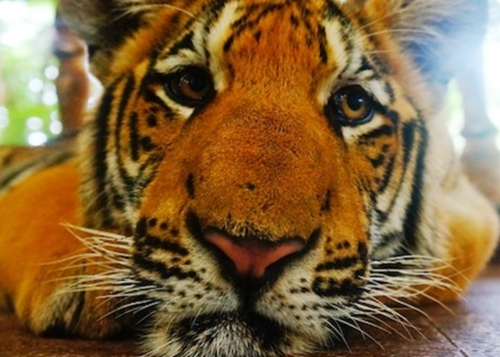 The sportswriter isn't surprised, of course, and adds perspective:

Every rebuilding team has a crater year in which it hits bottom. . . . The Tigers can hope that this is their crater year. . . .

"It's no excuse, but we’re in the second year of a rebuild, and like all teams, we were faced with a lot of injuries," said Tigers assistant general manager David Chadd. "But it's hard to recover when you are playing your prospects in Triple-A and Double-A and they’re not ready for the big leagues."