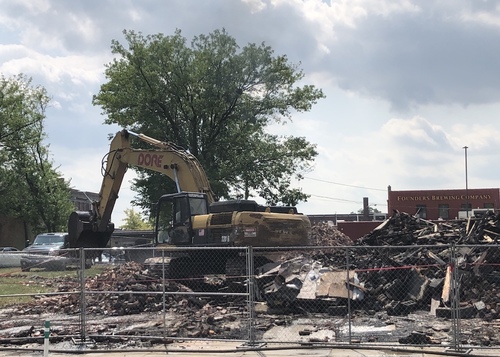 The demolition of the Ilitch-owned building at 3129 Cass Ave. comes after a mysterious fire in July ravaged the building, vacant since 2001.

It was bought by an Ilitch-linked limited liability corporation in 2015. The building had a collapsed roof since at least December 2017. There is evidence squatters frequented the building, Detroit Fire Department officials said. On the night of July 23, what was left of the damaged structure was destroyed by the fire.