Detroit entrepreneur Dawn Sanford is confident that the Avenue of Fashion's legacy stretches into this era.

After styling hair in other people's shops for 32 years, she now owns Shears & Shaves Barber and Spa at 20202 Livernois Ave., where Mayor Mike Duggan helped cut a ceremonial ribbon Monday. 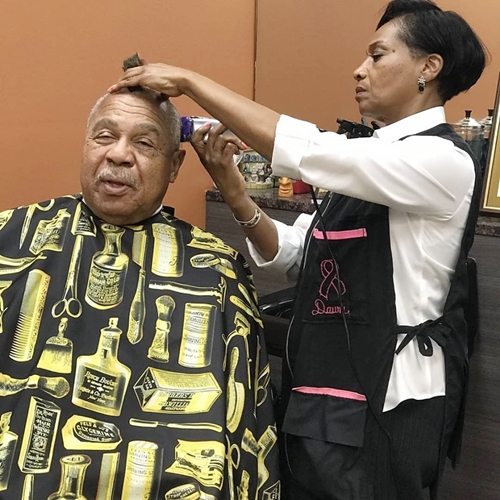 For Sanford, it's "my longtime dream," she says in a media release. For Detroit, it's a sign of "our city's ongoing revitalization," Duggan said at the opening, according to the Free Press. Reporter Andrea Perez Balderrama frames the salon in context of a legendary historic northwest side strip between 7 Mile and 8 Mile:

Sanford, with a $55,000 award from Motor City Match, joined current store owners seeking to keep the district's history alive amid hopes of growth and change. . . .

The Avenue of Fashion was one of Detroit’s most famous and elite shopping districts during the 20th century.

Like New York City's Fifth Avenue, the district was known for its specialty stores and small boutiques that sold jewelry, furs and high-end fashions. The district even housed branches of Detroit's original chains like retailer B. Seigels and Sibley’s Shoes.

But the district’s livelihood declined in the 1950-60s when many customers moved to the suburbs or went to shop outside the city, drawn by the convenience and novelty of places like Northland Center in Southfield, leaving the Avenue of Fashion behind.

Behind but not forgotten. Today, boutiques, art galleries, spas and restaurants owned by Detroiters remain committed to the success of the community. 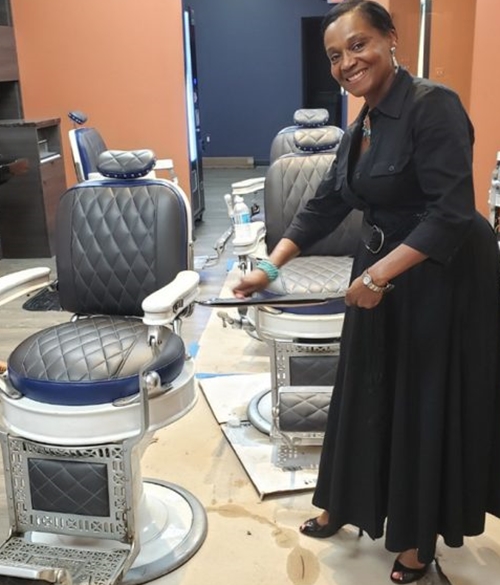 "When we started Motor City Match, we envisioned days like today," the mayor tweeted after the ribbon-cutting.