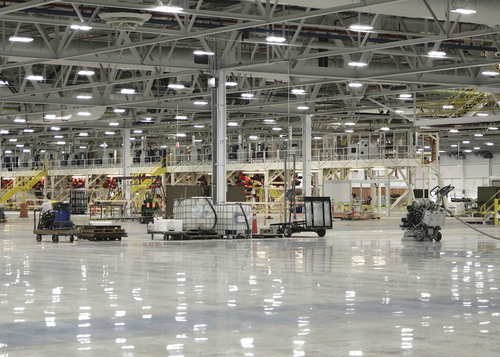 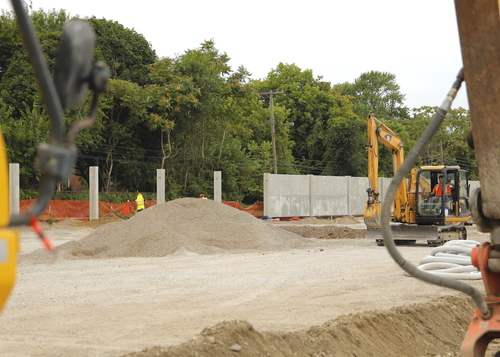 The beginnings of a sound barrier that will be 18 feet high. (Photo: Michael Lucido)

Idled in 2012, the plant is being retrofitted and expanded, with an expectation of vehicles rolling off the line by the end of 2020.

St. Jean Street, which runs along the west side of the plant site, is now permanently closed to traffic, and the beginning of a sound-barrier wall is being erected. The site will eventually have more than 3 million square feet of pavement, 30,100 linear feet of underground piping and lots of other big numbers you could enjoy if you were looking at the same press release we are.

The company is the recipient of hundreds of millions in tax incentives for the project; the total could reach $400 million by the time all opportunities are fully explored. In return, the company has promised close to 5,000 well-paying jobs at the plant.

In the meantime, it seems things are on schedule.