The Write A House program, which awarded a free, renovated Detroit home to a writer for three years running, failed to raise enough to do the same for its fourth recipient, and the program is in "a slow winding-down," its director said this week. 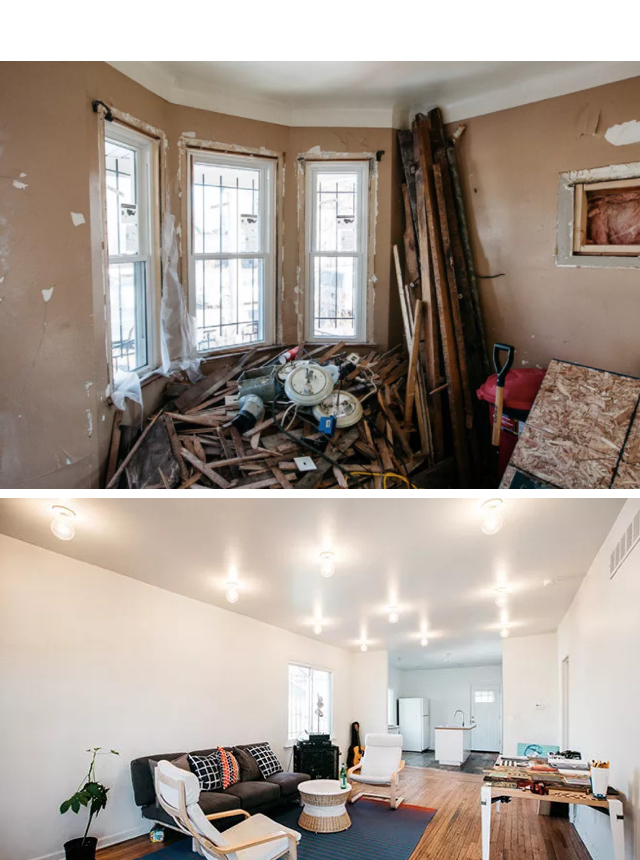 Three years ago, Write A House announced that our fourth home would be awarded to Detroit poet, Nandi Comer. At the time, over the previous three years, we renovated and awarded three homes, and those awardees moved in right away.

Based on this track record, we assumed Nandi would also move into a renovated home shortly after the announcement. But that wasn’t the case, and we deeply regret any misconception we created by not being clear about the status of the fourth home we were awarding. The house was simply not renovated at the time we announced Nandi’s award. Moreover we had not raised sufficient funds to renovate the house at the time of the announcement.

Director Sarah Cox, who co-wrote that statement with another staff member, said the program is the victim, in part, of the city's recovering real-estate market, as well as the hazards of money-pit home restorations.

The first two houses were purchased for $1,000 each; the third, for $5,000, with additional money spent on making them livable.

The house intended for Comer was bought for $1,500, but the house had "structural issues" that required far more to fix than anticipated. The group had to borrow $60,000 to address them, but the project ended up costing $107,615, which meant Write a House has to sell it to pay off the loan and be released from a lien with the Detroit Land Bank Authority, Cox said.

In lieu of keys to a new house, Comer received a cash grant, "not what we set out to do, but it’s the best we can do under the circumstances." Cox declined to say how much was given to Comer.

Comer did not immediately return a message seeking comment. On her Facebook page, she posted a statement reading, in part:

It is with great sadness that I accept that they won't be able to make good with the original award. I have to move on. They have compensated me with an award that is not a house but it is something that will help me to continue to write the work I want to see in the world.

The turn of events was unwelcome, but Cox said that "ultimately, it seems that free houses have run their course" in Detroit. "It was a big idea, but with big changes in the housing market, it doesn’t make sense for houses to be free."

While dissolving the program is "a possibility" going forward, Cox said Write a House was a success in what it set out to do -- to "encourage peoole to look differently at the writing community in Detroit."

Poet Casey Rocheteau, the first recipient, in 2014, remains in her house, as does journalist Liana Aghajanian, the 2015 grantee. The 2016 house went to journalist and culture critic Anne Elizabeth Moore, who took a job in Chicago last year and planned to sell her house, Cox said. All three structures were in Detroit's Banglatown neighborhood.