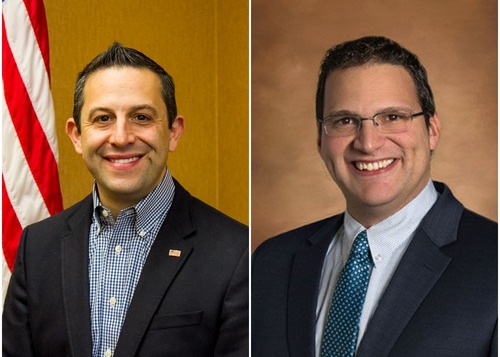 A committee comprised of two Democrats and a Republican has whittled the field of candidates vying for L. Brooks Patterson's old job down to five.

According to the Free Press, the contenders for interim Oakland County executive include:

Also in the running is former Oakland County Board of Commissioners Chairman David Woodward, a Democrat who represented Berkley and much of Royal Oak.

Woodward resigned last week and has said he will run for Patterson's old role in 2020.

Oakland County Treasurer Andy Meisner — also a Democrat — said he plans to run for the position in 2020.

Meisner has argued against finding an immediate replacement for Patterson and called out alleged political shadiness in the process. He issued a statement to Freep Tuesday:

“I called for an open and transparent process in making this appointment, and instead we’ve had dirty deals, self-interested politicians and, now, the appearance of criminal wrongdoing."

By wrongdoing, Meisner meant the behavior of Republican Commissioner Shelley Goodman Taub of Bloomfield Township. Taub admitted to reporters that she'd sent a text to her Republican colleagues on the county board that said "Delete! Delete! Delete! Now” in an effort to have them erase potentially troublesome emails about secret wheeling and dealing, presumably with Democrats, to fill Patterson’s shoes.

Destroying government correspondence, depending on the contents, can be a criminal offense. The Michigan Attorney General’s Office said this week it would investigate Taub’s text if the issue were brought forward by a local agency. Some Democrats, including Meisner, have called for Taub to resign.