Perhaps encouraged by the number of high-profile pardons and commutations handed down by President Trump, former Detroit mayor and current federal prisoner Kwame Kilpatrick asked for mercy earlier this summer. 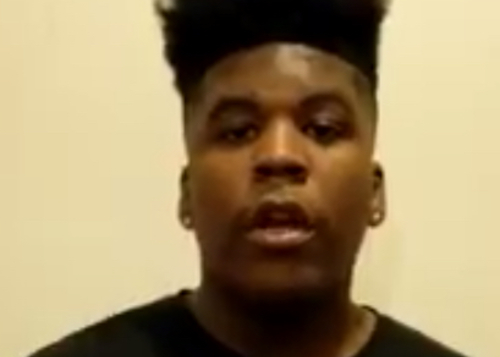 This week, Jonas Kilpatrick, his youngest son, filed his own plea.

Posting on the Free Kwame Project Facebook page, Jonas Kilpatrick faces the camera and makes his case for how much he misses his dad. After calling the sentence "egregious," young Kilpatrick says:

I've been without my father for almost seven years now. I just graduated high school and he was not in attendance. I move into college tomorrow and he will not be there to drop me off. And these aren't the worst things to come of my father's absence. It's the little things -- taking me to school, grabbing a bite to eat, talking about girls, talking about basketball, but most importantly, him being present to show me an example and be a model for how a man should move and express himself and carry himself in everyday life.

In June, Kwame Kilpatrick mailed Trump a letter, rich in flattery, praising Trump's "unprecedented success" and asking for a commutation, which to date has not arrived. This looks like Plan B.

Trump is said to have been on the verge of commuting the sentence of another corrupt politician, former Illinois Gov. Rod Blagojevich, encouraged by Patti Blagojevich's public criticism of her husband's sentence, mainly on Fox News. However, that plan appears to have been shelved for now.