Royal Oak's police chief apologized for an incident Tuesday in which officers confronted a 20-year-old black man after a woman called to say he was staring at her suspiciously. 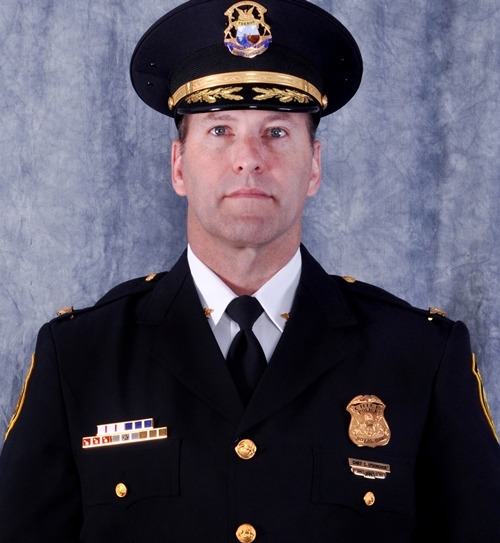 Corrigan O'Donohue: "The officer had no legal right to demand identification."
(Photo: City of Royal Oak)

“This is an unfortunate incident and was not indicative of the our officers’ conduct,” Police Chief Corrigan O’Donohue told reporters Thursday outside the department, Mike McConnell of the Royal Oak Tribune reports.  “We’re taking measures to make sure something like this doesn’t happen again.”

An eight-paragraph statement from the chief, shown below, is on the city's Facebook page.

The officer who did the initial stop is a probationary new hire.

Police released audio of the woman’s 911 call and police video of officers detaining Devin Myers of Southfield. He was stopped on the sidewalk outside the Inn Season vegetarian restaurant on Fourth Street about 7:30 p.m.

After talking to the chief, Myers told the media:

“I like the chief and we had a good conversation. He’s a good man. He said they would investigate what happened.”