Gallery: A 'White Party' Breaks Out in Detroit's Rouge Park 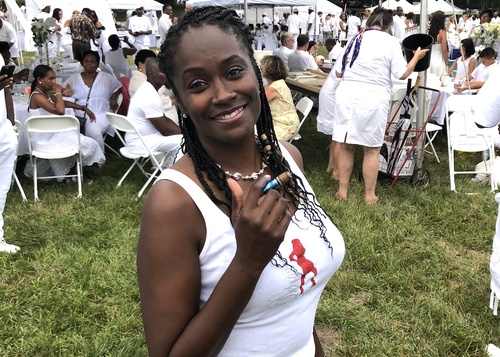 Rouge Park on Detroit's far west side is usually pretty mellow on a Sunday night.

But in one corner of the park, near the swimming pool, a party broke out around 5 p.m., with hundreds of folks dressed in white for the ninth annual "White Party" in Detroit. (No, as we've said in the past, it's not another name for a Trump rally.)

Some people put out more elaborate spreads than others, and a few even brought caterers who cooked on the spot. When a DJ started playing music, a line dance broke out.

The event came off with relative ease, though a sudden thunderstorm swept through around 8:15 p.m. and ended things early as people scrambled to gather tables, food and chairs and make a run for the car.

The White Party began in 1988, according to the website Untapped Cities, when a Frenchman Francois Pasquier in Paris invited a group of friends to an elegant outdoor dinner, and only disclosed the location at the last minute. To find each other in the park, everyone wore white. It became known as "Diner en Blanc," which is French for white dinner. In Detroit and elsewhere it's often referred to as the "White Party."

Today, the by-invitation event spans five continents. The idea is for people to "flash gather" and set up a temporary, elegant dining area and then after several hours, clean up and move on. Friends involved in organizing the event invite people and those folks then invite others. Most people don't know the location until days before. Everyone brings some food or beverage for their group table.

Past sites of the local event include Eastern Market, Palmer Park and the Heidelberg Project. 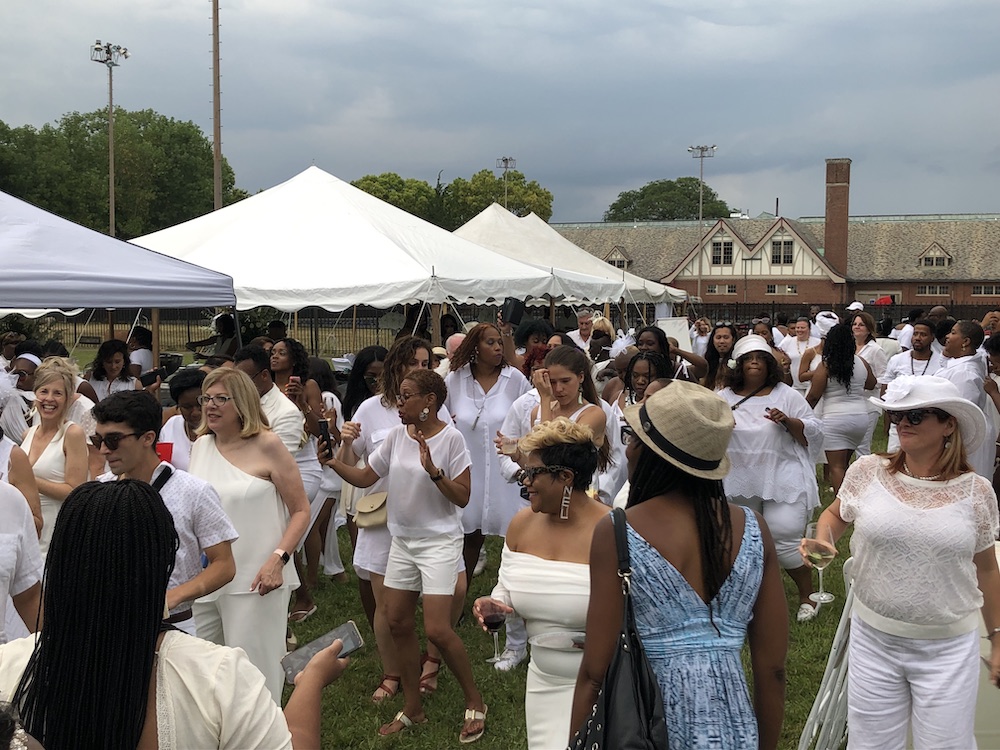 A line dance broke out after a while. 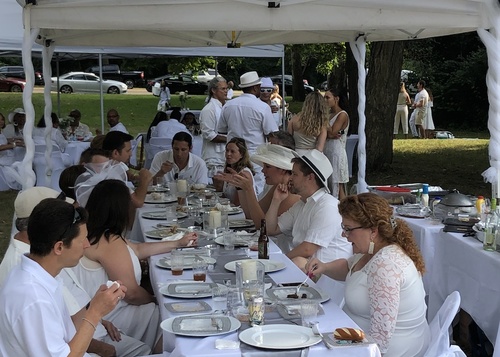 Some folks went all out. 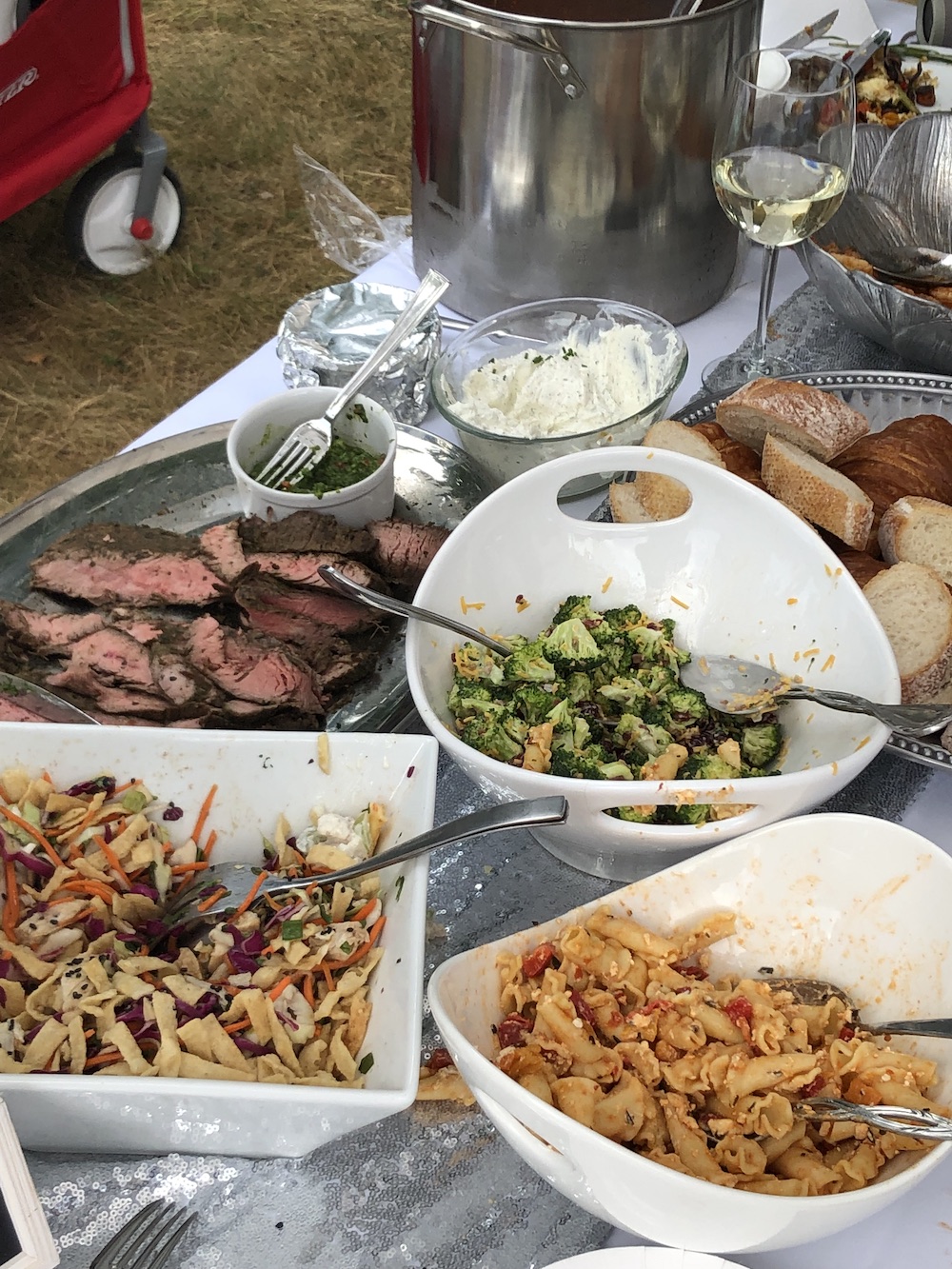 Apparently Arby's isn't the only one who has the meats. 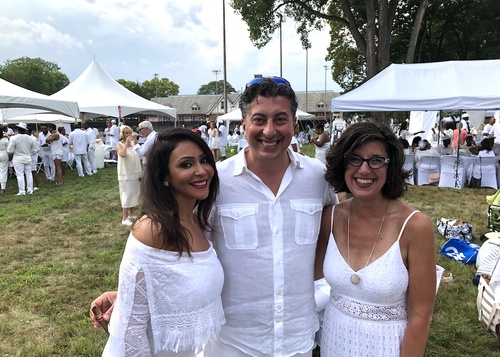 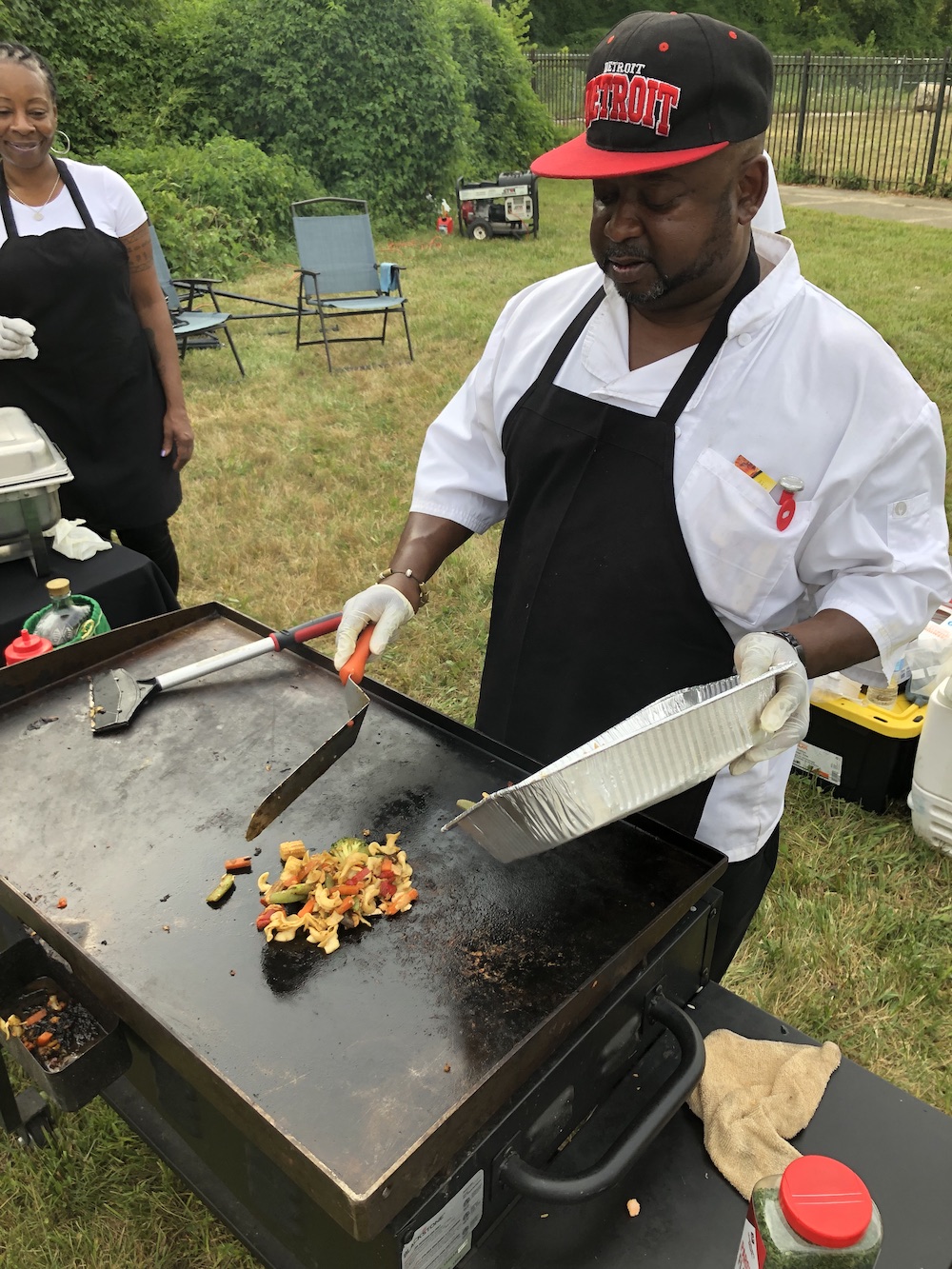 Some folks had cooks on hand. 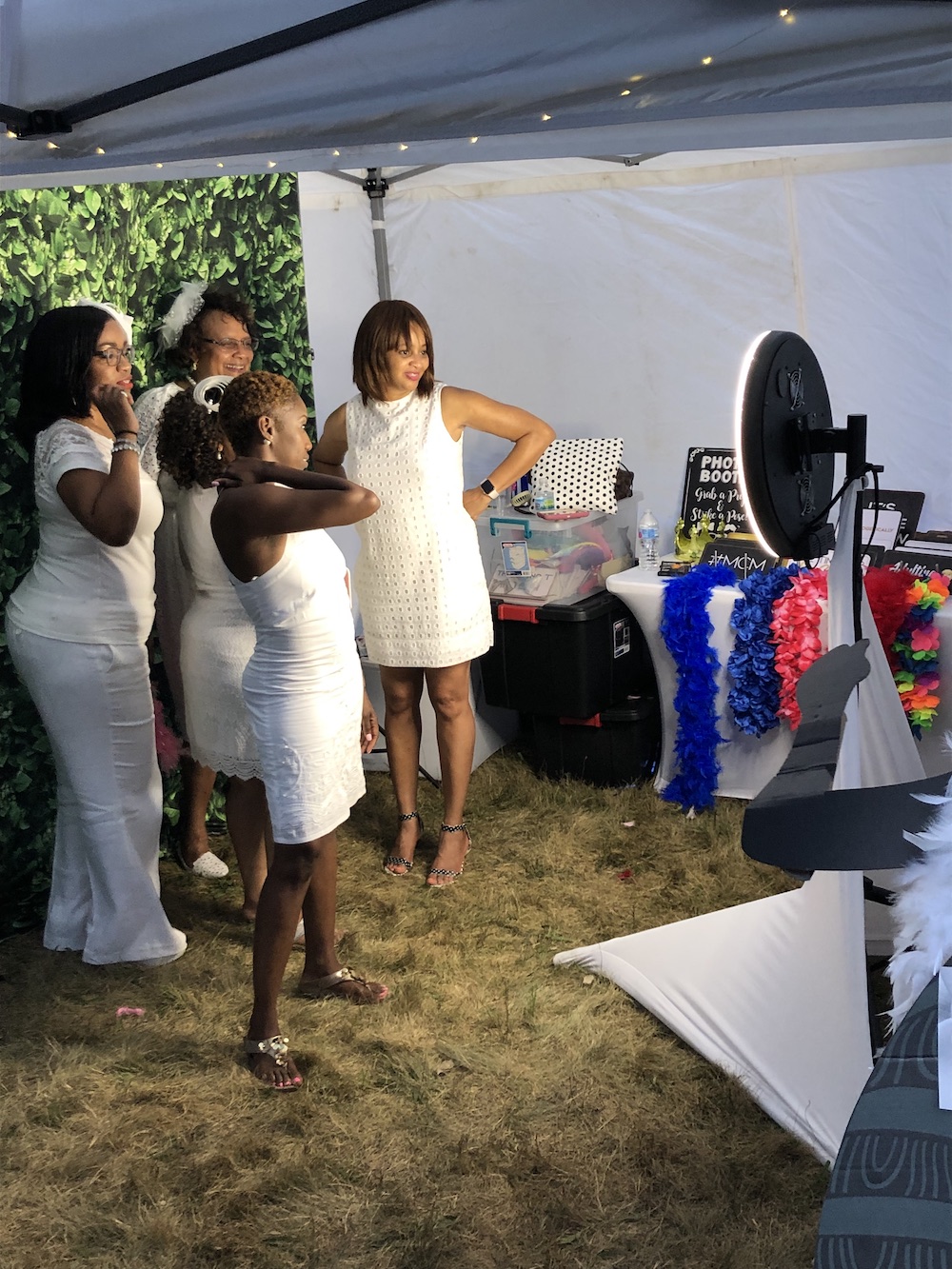 Then there was the photo booth. 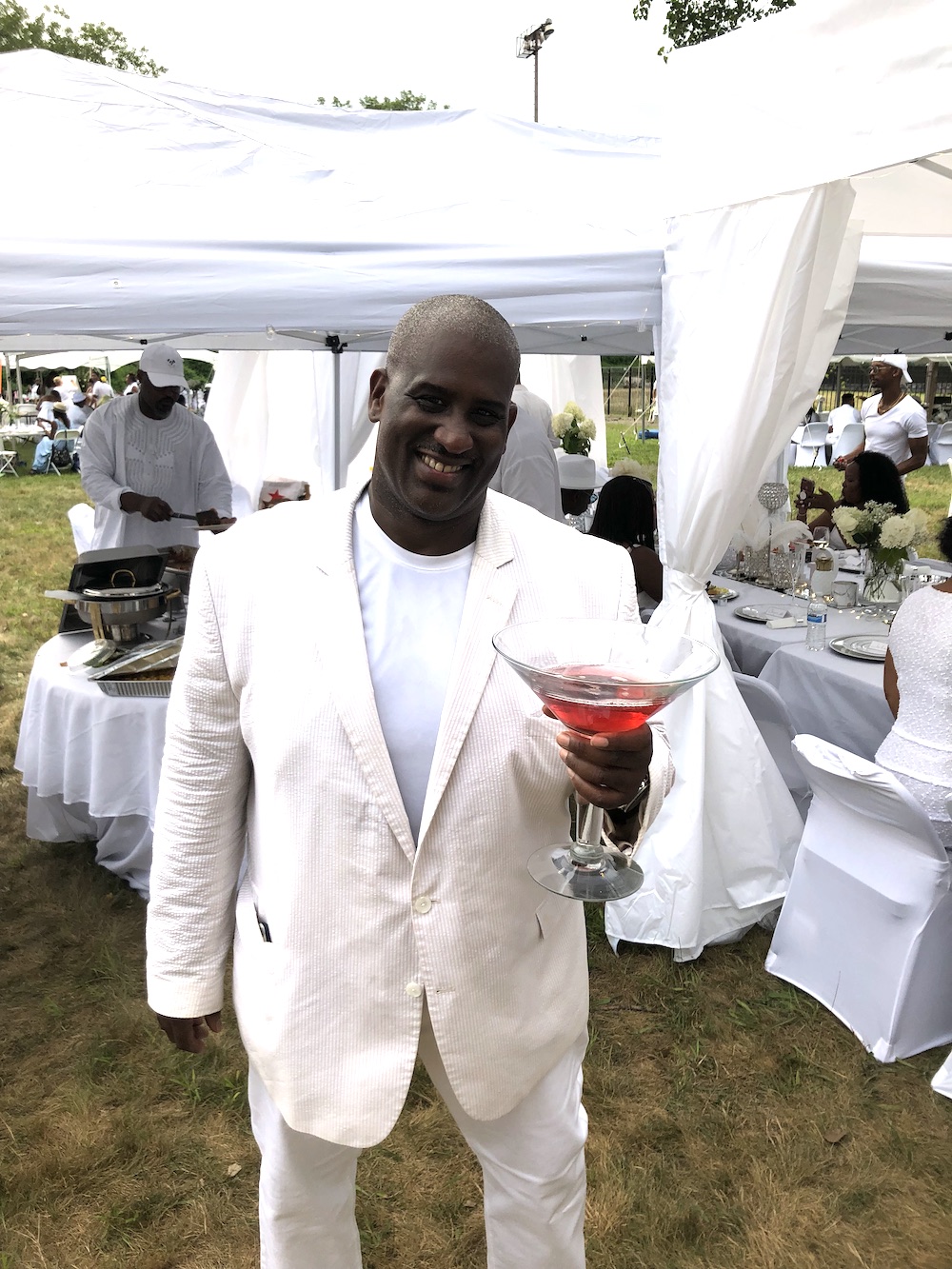 David Rudolph proves you don't need more than one drink to have fun. 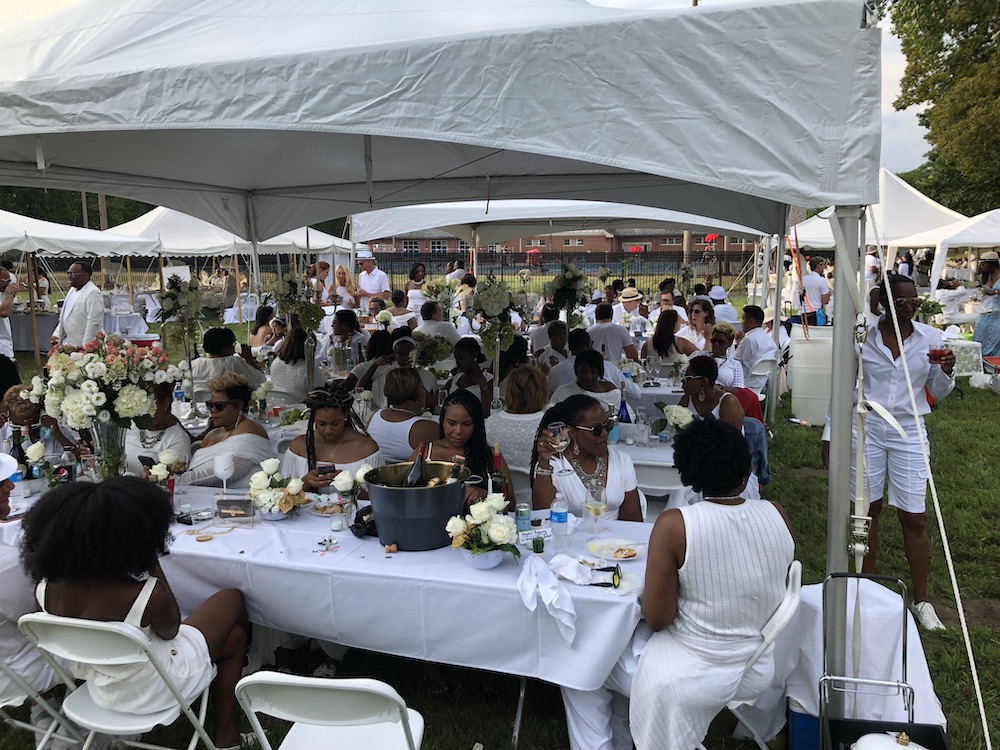 With the potential for rain, eating under a canopy was wise. 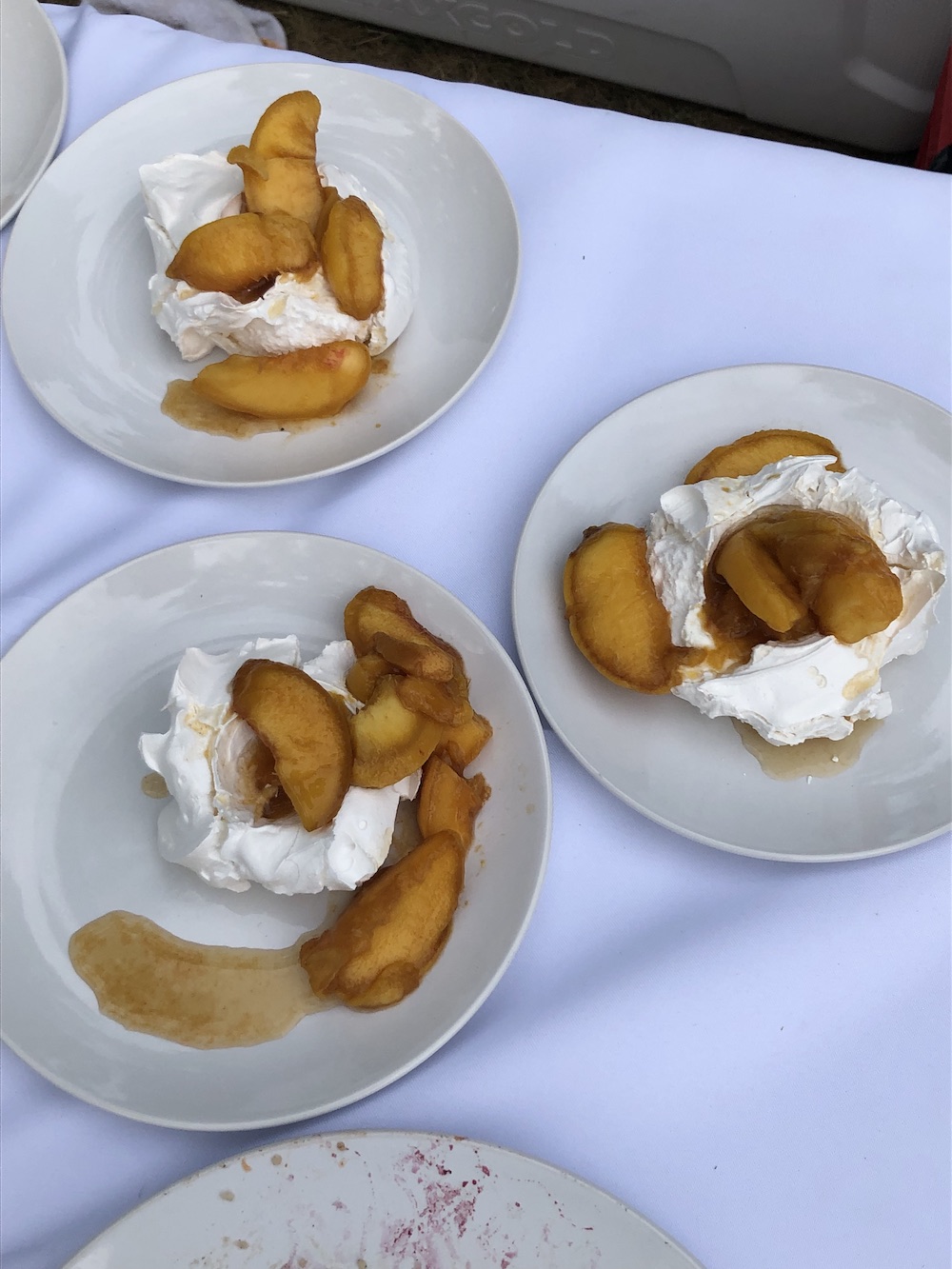 Any dessert with whip cream is worth the calories. 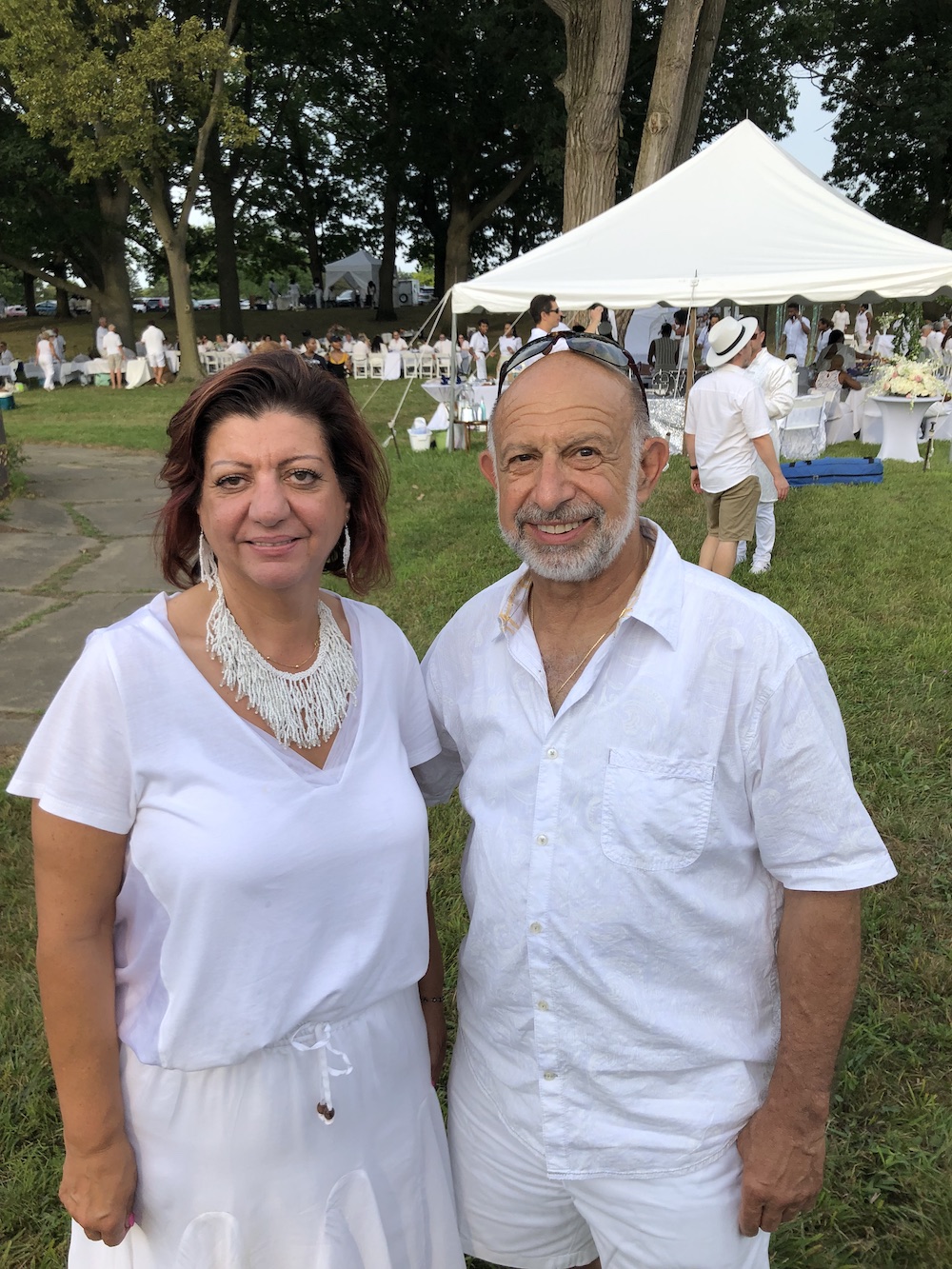 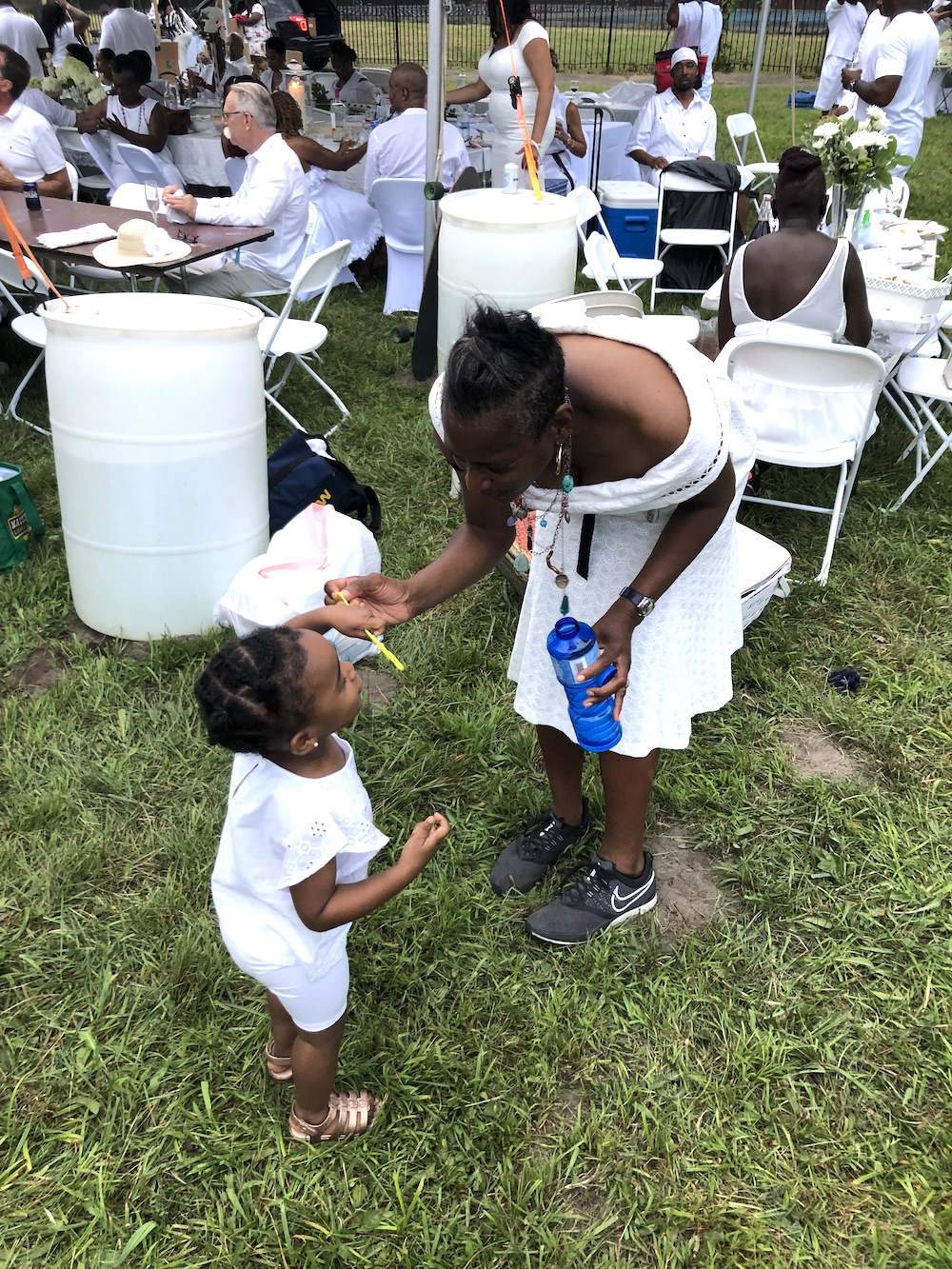 If only as adults we could have just been happy with bubbles in life. 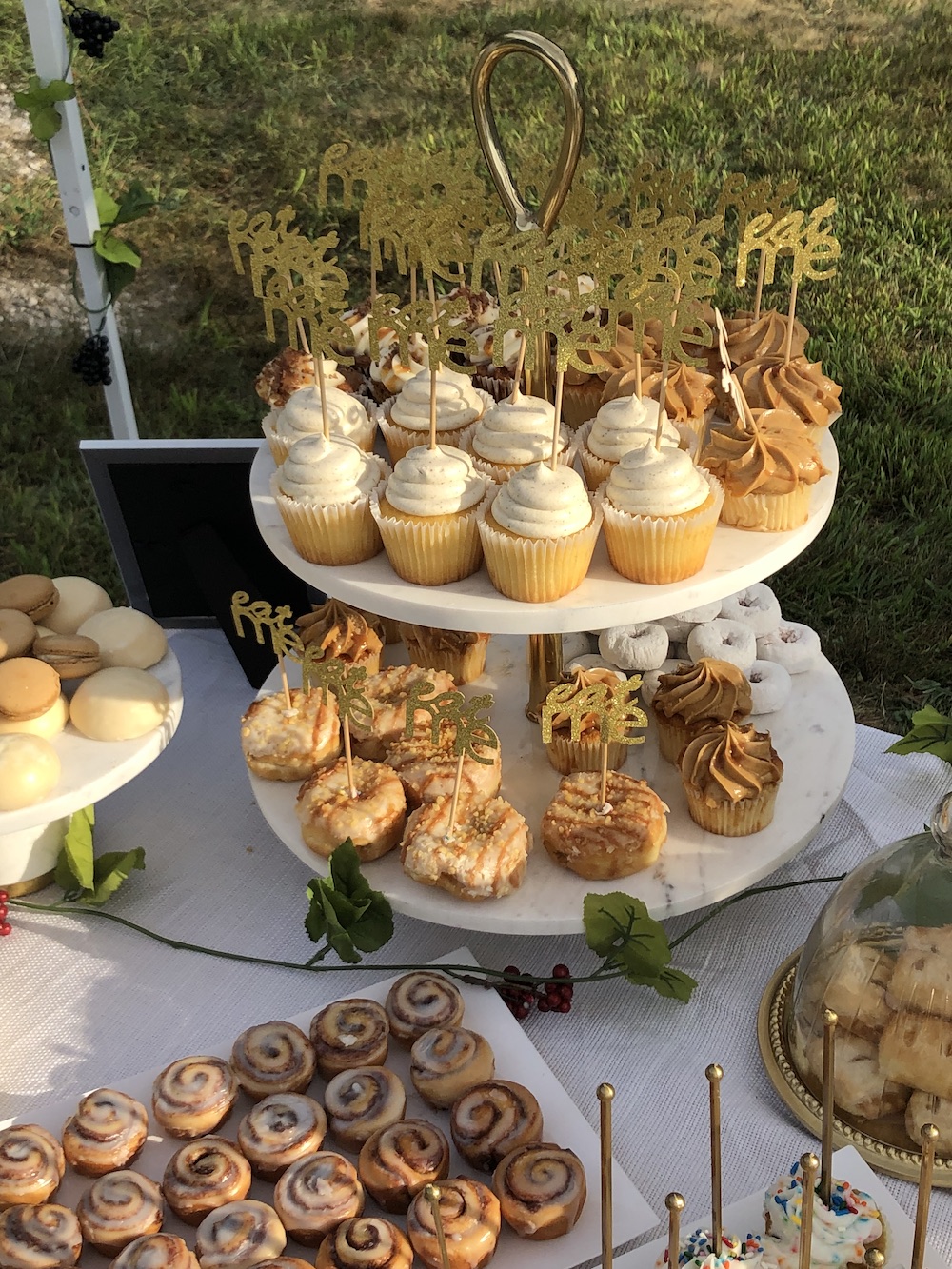 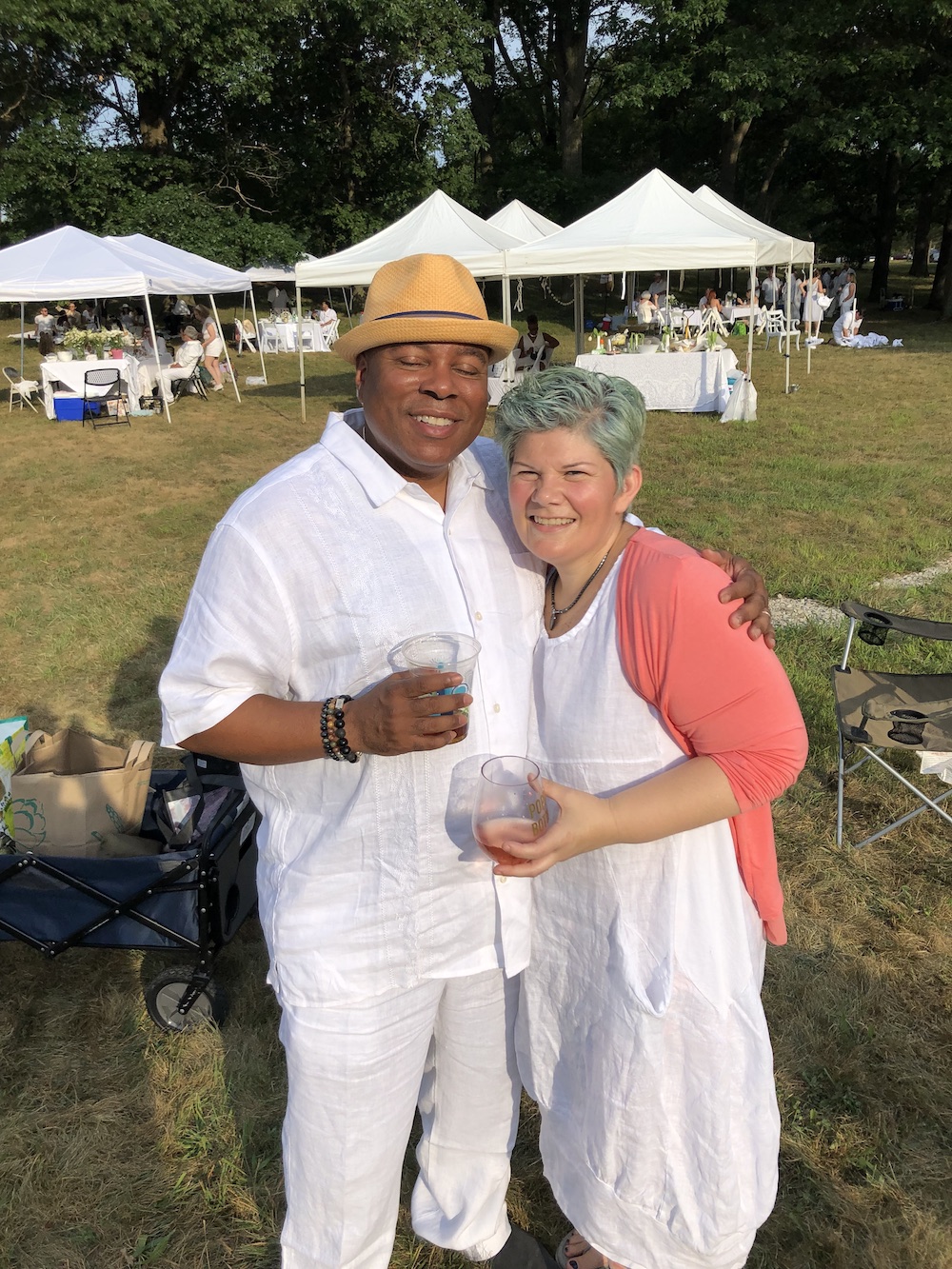 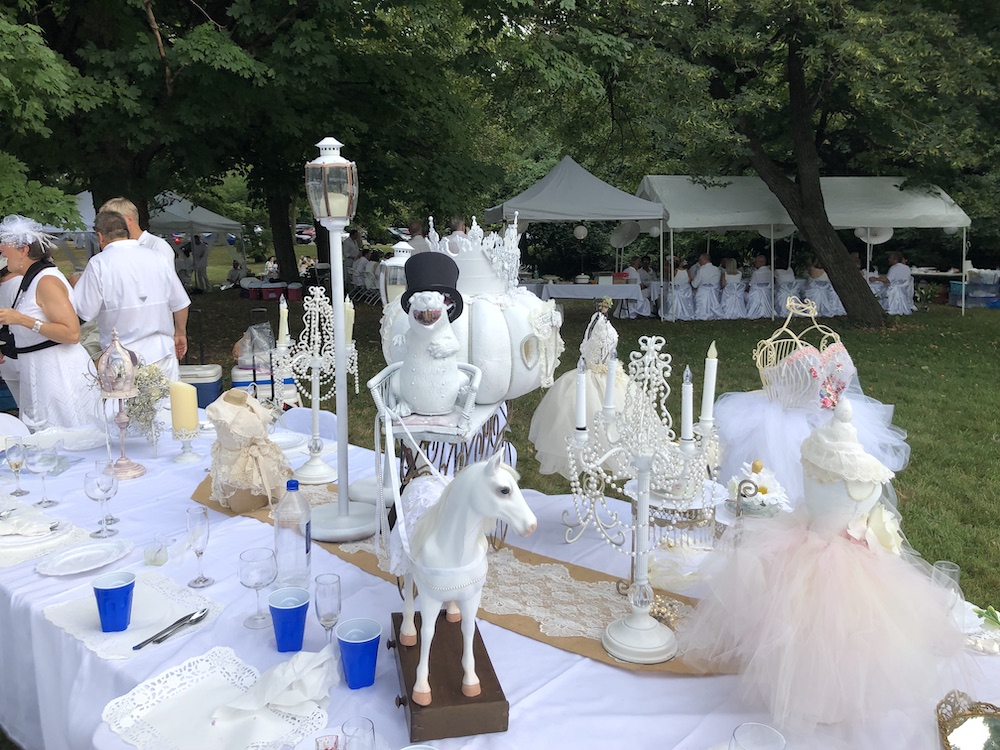 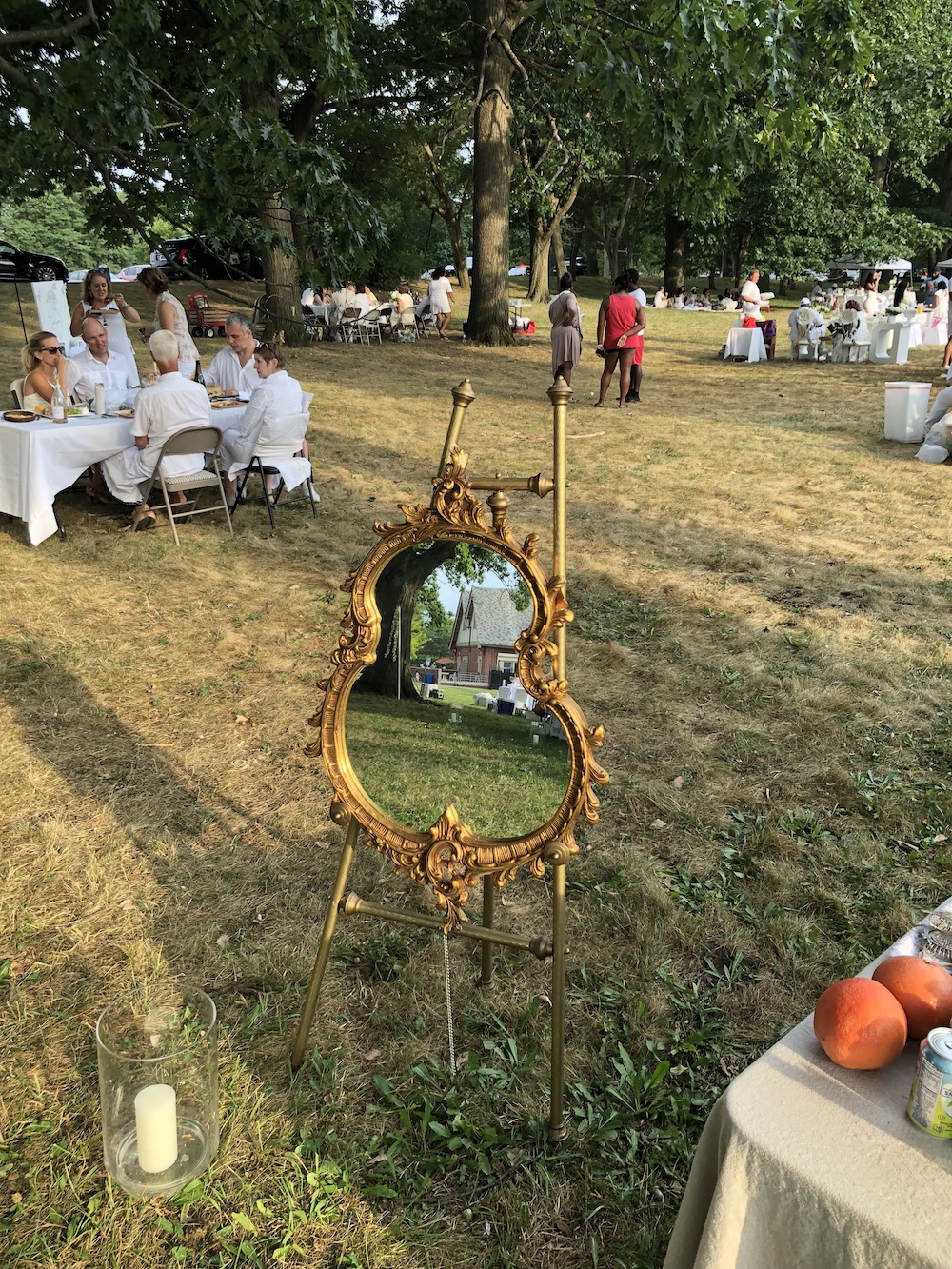 Why is this here? Just because. 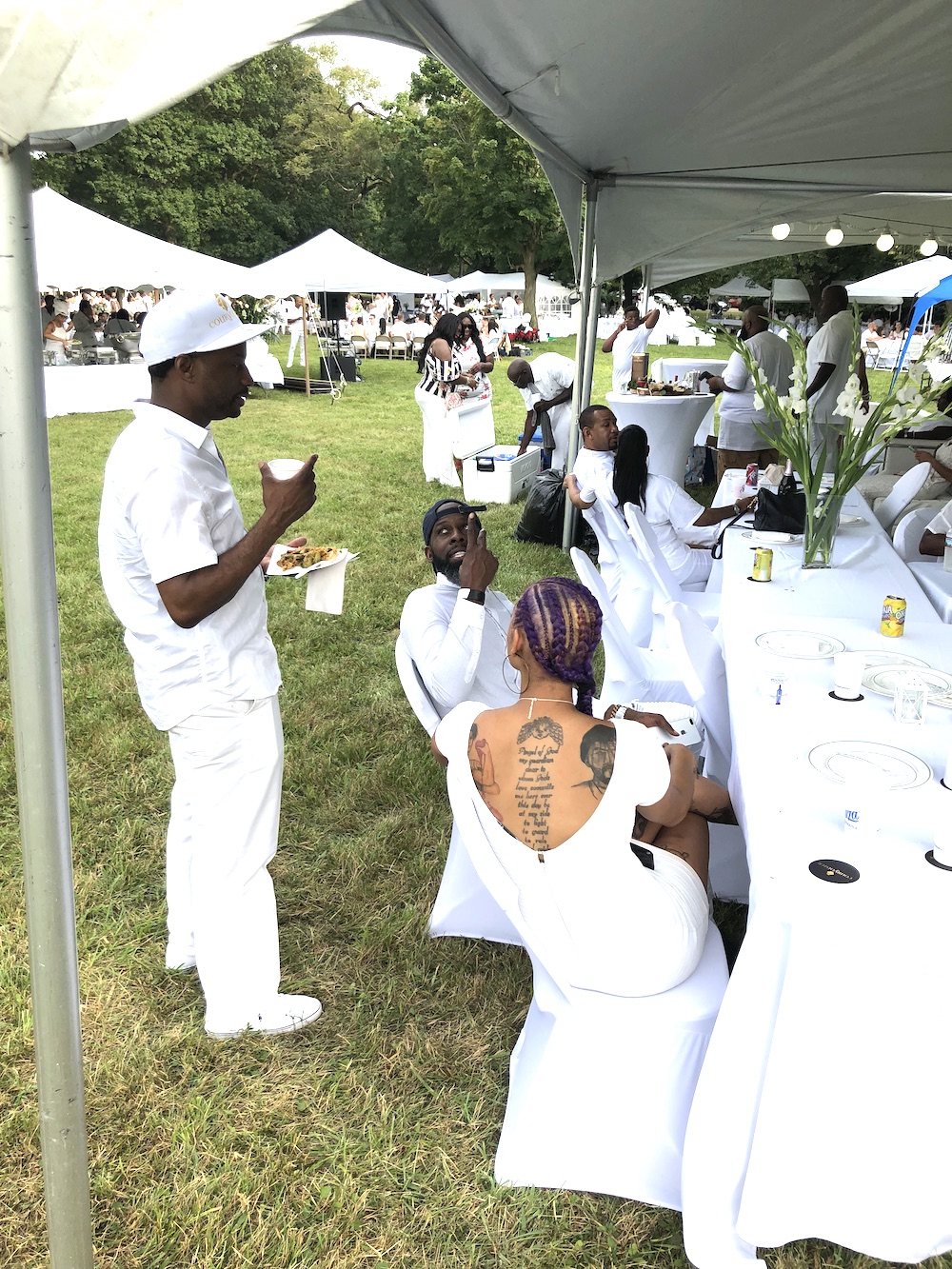 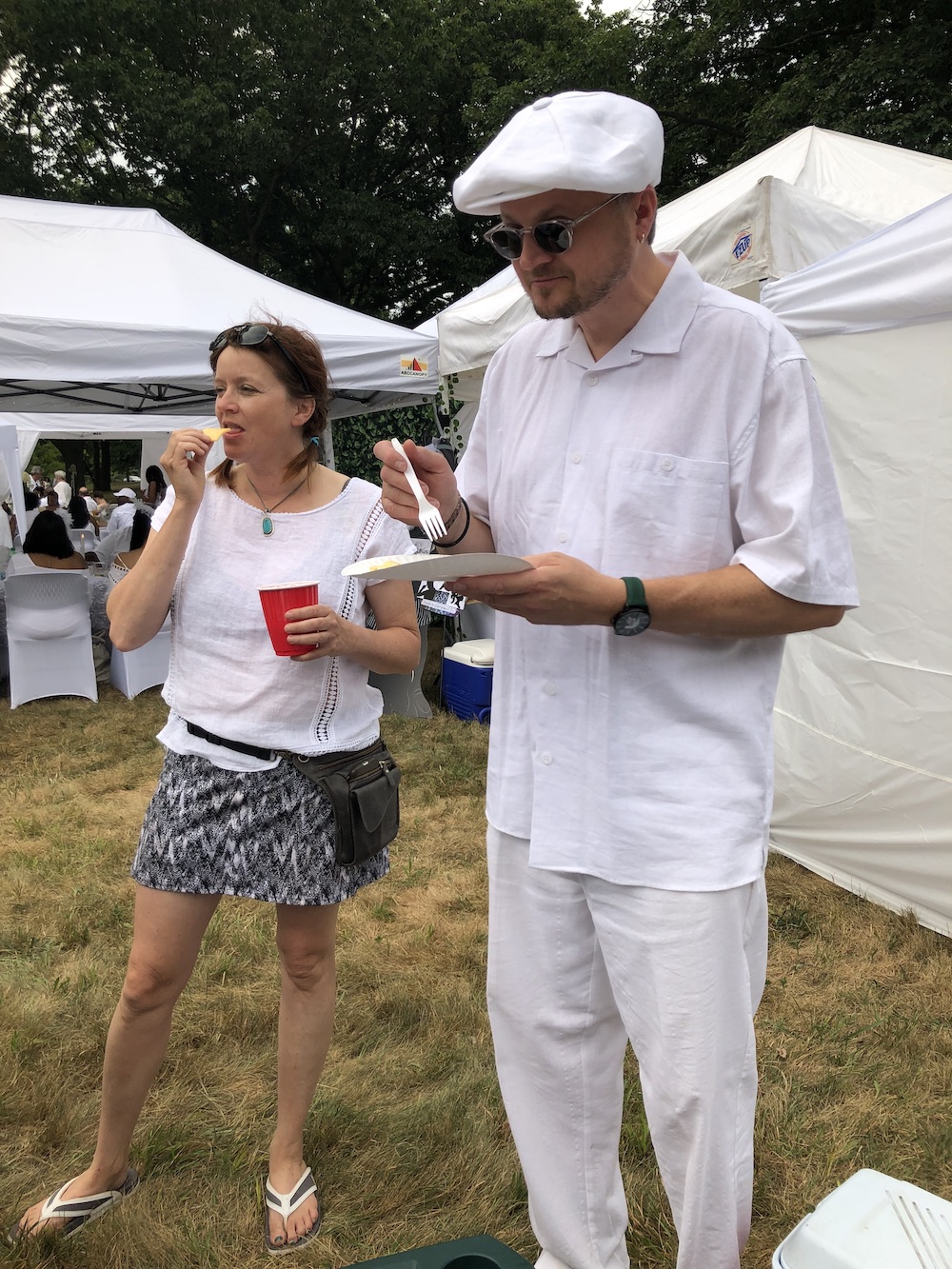 The man in the white cap? M.L. Elrick. 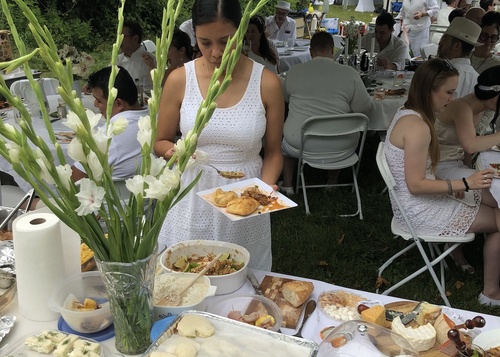 Flowers are always a nice touch. 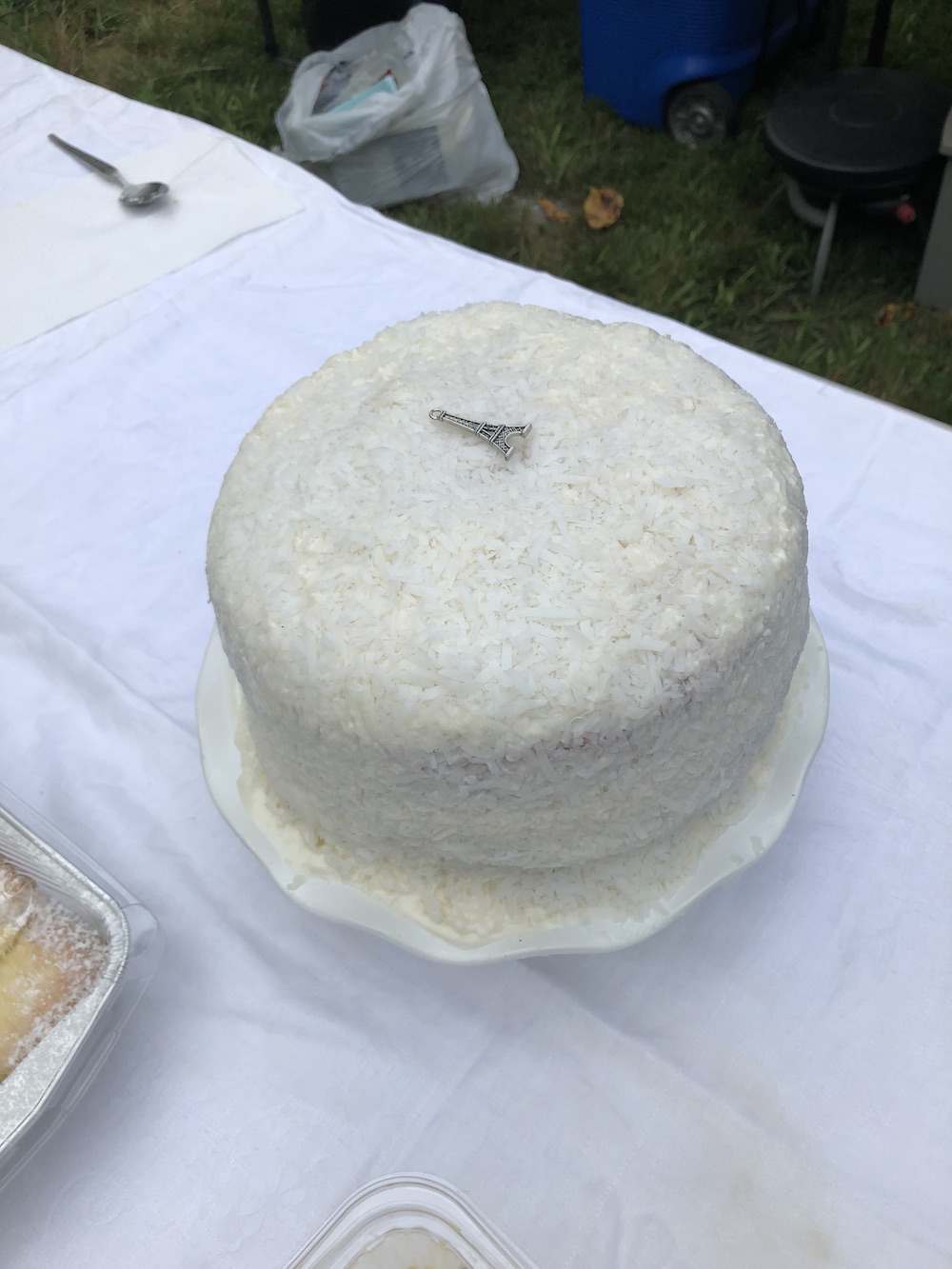 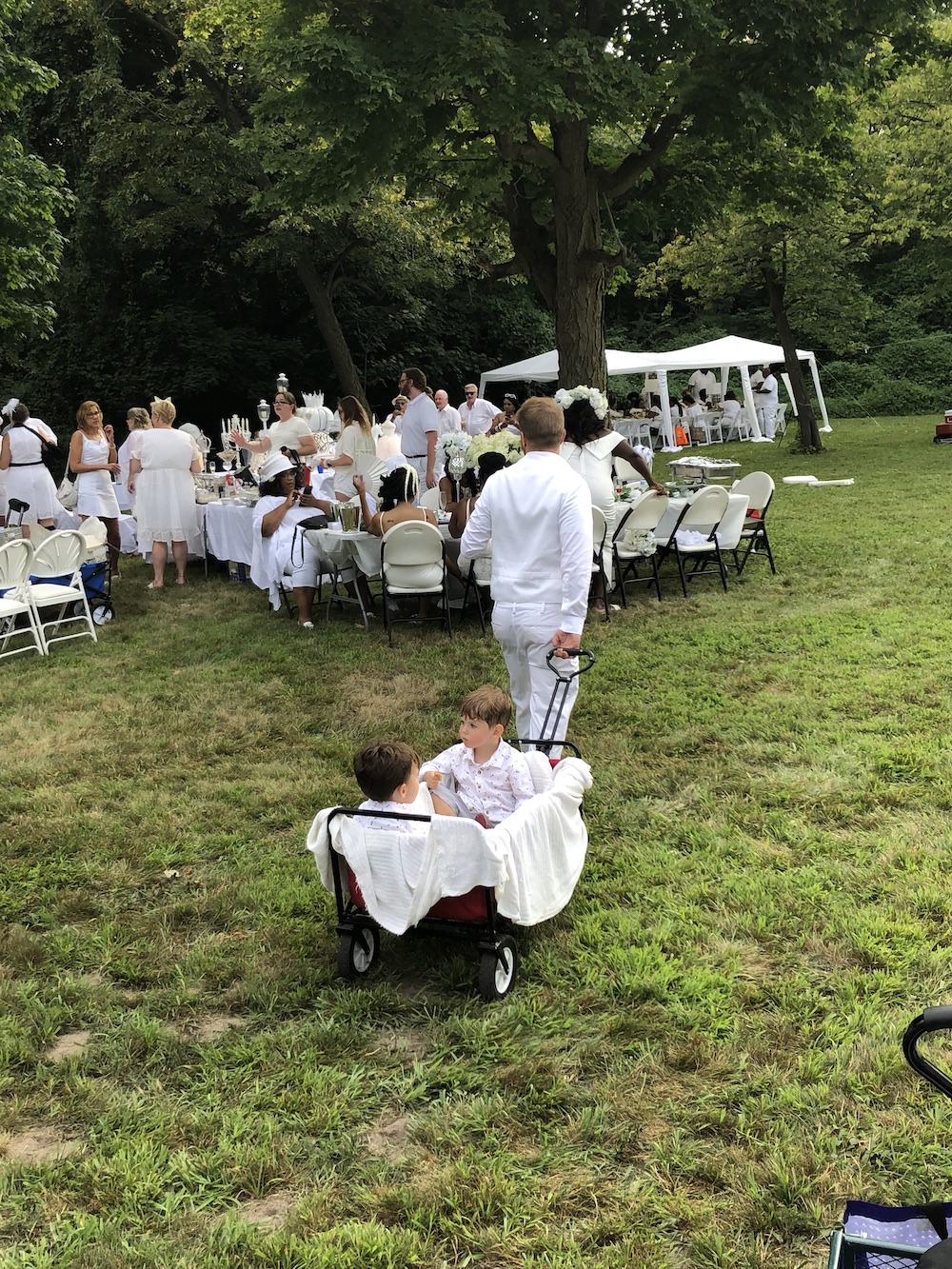 Whenever anyone tells you there's no free rides in life, remember this photo. 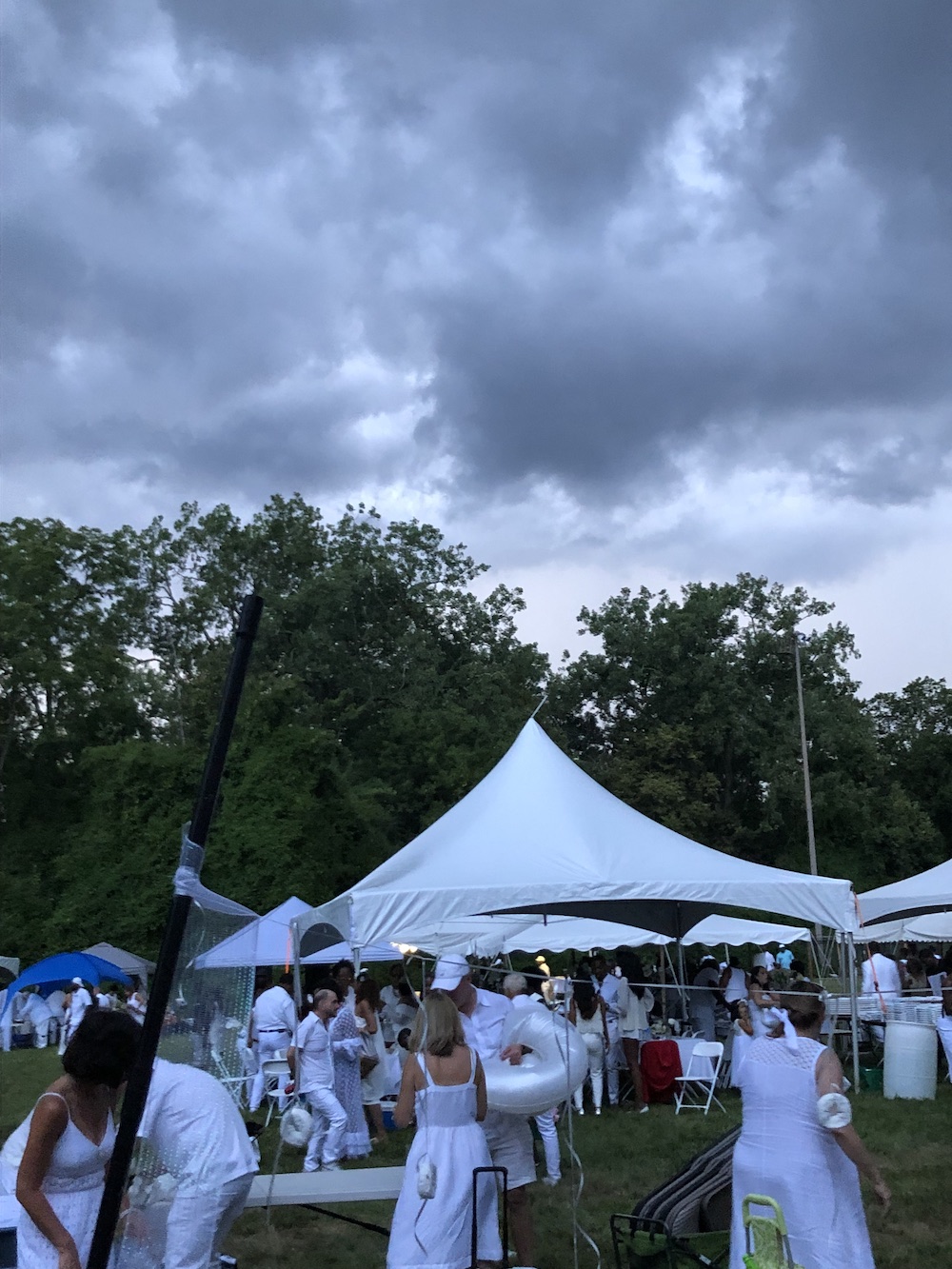 Just before the storm.