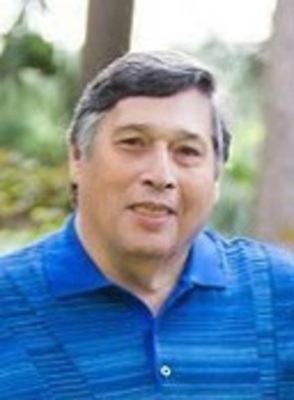 Mel Newman was a true newspaperman, full heart, full of stories, a kidder, with a passion for justice and knack for making people laugh.

After working at the Birmingham Eccentric, Pontiac Press and Detroit News, he started a public relations firm in the 1980s and later became the public information director for the city of Oak Park -- a job that spanned more than 35 years.

The West Bloomfield resident died suddenly on Sunday at age 78. The cause is unclear, his family said.

"He was a newspaperman at heart who was irreverent and sarcastic and shameless and who made you laugh not because he told the funniest joke in the world, but because he himself was the funniest guy in the world," Rabbi Marla Hornstein of Temple Israel said at his funeral Tuesday at Ira Kaufman Chapel in Southfield.

"For Mel, the all-you-could-eat buffet was a contact sport," she added.

Newman certainly wasn't the most famous person, but he left a lasting impression in his circles.

"It's not easy growing up with a father who is cooler than you are," his son Matthew Newman, 36, said in his eulogy. "I sort of regret this now, but I was always jealous how much everyone seemed to love my father more than me, including my own friends."

"Mel Newman was the greatest man I've ever known. He was my father, my coach, my best frined. As a father he taught me a lot of different things. Some of them were the right way to do things and many of them were definitely the wrong way. He was far from perfect but he was perfect to us."

"He was the messiest eater I've ever seen in my life," he added.

Newman's daughter Jessica Newman, 33, used flattering terms to describe her dad as well, saying they shared the same righteous indignation and passion about the world.

"My father cared deeply about his family, his work, Michigan football, but also the world. He also felt deeply.

"He was a brilliant writer."

A native of Tennessee, Newman attended one semester at Michigan State University before returning to his home state to attend school. He and his family eventually moved to the Detroit area to be closer to relatives.

He ended up at the Birmingham Eccentric, where a journalism career began.

In the early 1970s, he married Merle "Cookie" Sefansky and they had two children. The marriage lasted 48 years until his death.

"He loved his family, he loved sports and he loved bourbon," said his son. In fact, his son, said he had a glass bourbon his hand when he died.

"He always did for others at the expense of himself," he added.