Trump knows what Henry Ford would think of his company today

During a week that he repeated anti-Semitic tropes about American Jews who vote for Democrats, President Trump communed with the soul of another anti-Semite, Henry Ford. 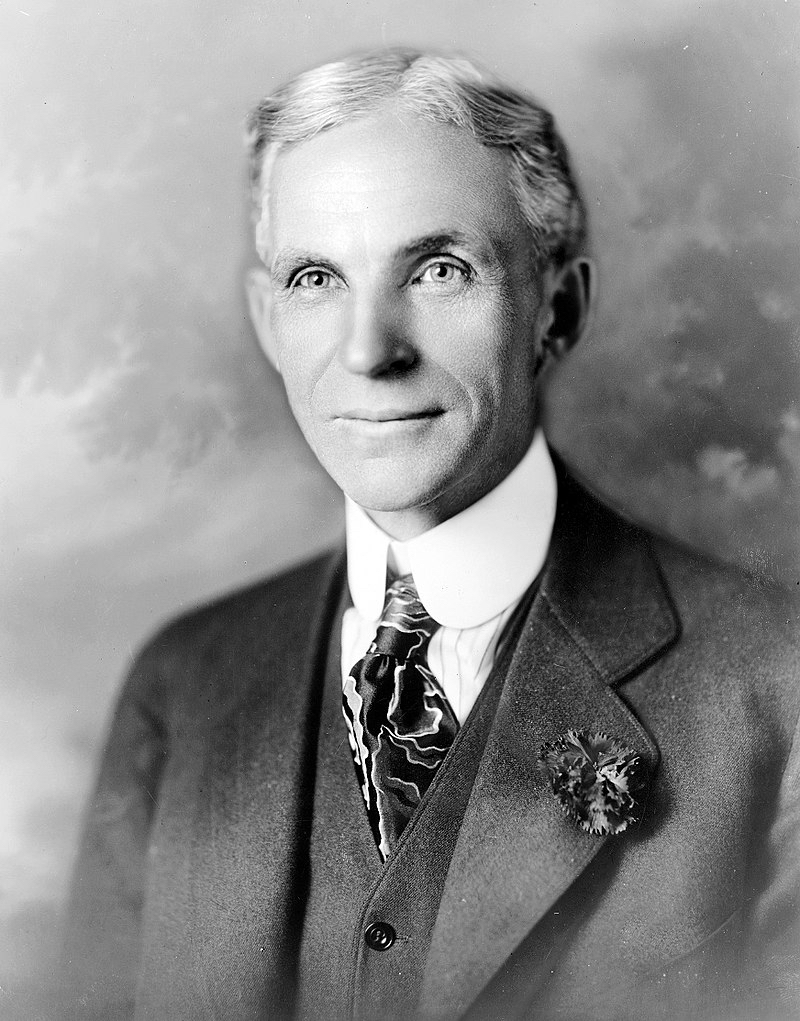 And Henry, he said, would be disappointed with the company that bears his name, after it reached an agreement with the state of California, to lower emissions in its cars, in compliance with that state's law.

USA Today reports this seance was delivered via the president's usual pipeline, Twitter.

Trump's tweets follow a recent report in the New York Times that the White House was blindsided by an agreement between California and four large automakers and that the administration summoned companies to the White House to press them on the issue.

Last year, the Trump administration proposed freezing mile-per-gallon standards for cars and light trucks after the 2020 model year, saying it would keep prices lower for consumers and improve safety. Trump has also taken aim at California's more stringent standards, which the federal government historically allowed under a special exemption.

The Legendary Henry Ford and Alfred P. Sloan, the Founders of Ford Motor Company and General Motors, are “rolling over” at the weakness of current car company executives willing to spend more money on a car that is not as safe or good, and cost $3,000 more to consumers. Crazy!

Henry Ford would be very disappointed if he saw his modern-day descendants wanting to build a much more expensive car, that is far less safe and doesn’t work as well, because execs don’t want to fight California regulators. Car companies should know....

....that when this Administration’s alternative is no longer available, California will squeeze them to a point of business ruin. Only reason California is now talking to them is because the Feds are giving a far better alternative, which is much better for consumers!