Zoo pledges to use all renewable power by 2021

The Detroit Zoo announced today that it would begin converting to 100 percent renewable energy, drawing all its power from Michigan "wind parks" in the upper and lower peninsulas. 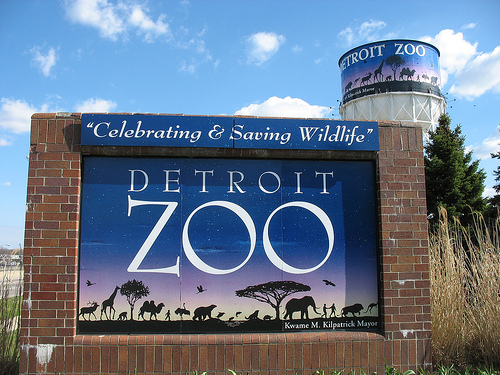 The change was announced in a morning press conference at the zoo.

The (power) contract, part of DTE Energy's MIGreenPower program, will take effect in 2021. The wind parks, two in mid-Michigan's Isabella County and one in the Upper Peninsula's Delta County, are scheduled for completion in late 2020.

...The zoo's sustainability efforts already include projects as wide-ranging as offsetting its energy consumption with carbon credits, using solar/electric golf carts for transportation, and feeding herbivore waste and food scraps into an anaerobic digester to create biogas that partially powers its on-site animal hospital.

The MIGreenPower is a voluntary program to help DTE customers reduct their carbon footprint.