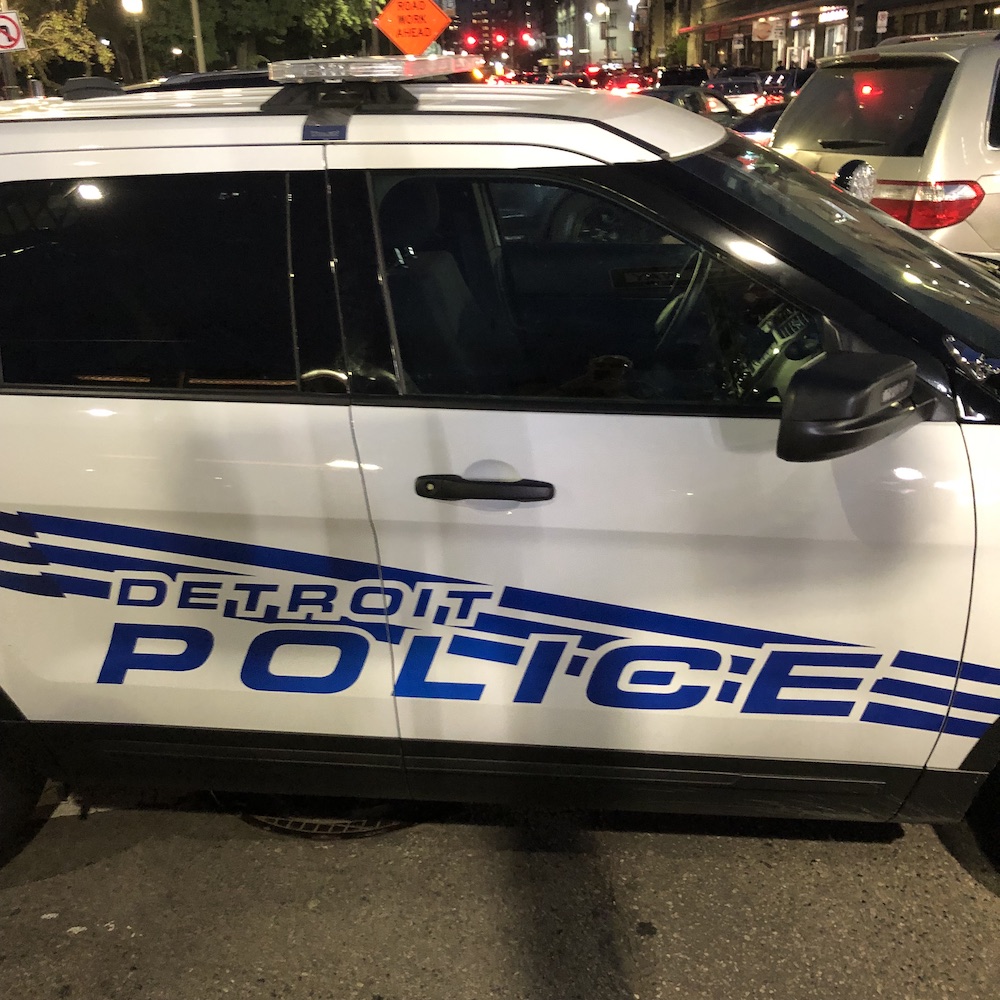 A 19-year veteran of the Detroit Police Department was charged Thursday by the feds with taking a $15,000 bribe from a drug trafficker to make his criminal case vanish.

Sources tell Deadline Detroit that officer Michael Mosley, 47, was caught on a federal wire talking about the money with the drug trafficker who was busted in April with two kilos of heroin, one kilo of cocaine and six firearms. The trafficker subsequently confessed to owning the drugs and signed a confession.

The feds, who announced the indictment, say that Mosley kept in touch with the drug dealer in hopes of getting him to cooperate and disclose information about other criminal activity. Mosely was part of the Major Violators unit – the successor to the disbanded and troubled Narcotics Squad.

At some point, the drug trafficker agreed to pay Mosely $15,000 if he didn't pursue criminal charges in his triple-kilo case. On May 2, we're now told, the drug dealer left Mosley $10,000 in an abandoned Detroit home. Later that month, he left Mosely another $5,000 in the house.

In exchange, the feds charge that Mossley gave the drug dealer the original copy of his confession.

The existence of the case surfaced earlier this week when police brass dropped a casual reference to it during a staff meeting. Calls to police officials were met with the perfunctory “no comment" several hours before the indictment issues.

The indictment comes on the same day the Detroit Police Department's Internal Affairs Unit seized hard drives and files from the narcotics unit in what one official described as an "internal audit."

The scope of the fallout of the investigation is unclear. But so far, two sergeants within the Major Violators unit have been transferred, multiple sources say.

Adding to the intrigue, the Detroit News reports that Internal Affairs is also looking into the possibility that a large shipment of drugs seized in Detroit was swapped out with another substance by the time it got to Chicago for a court hearing.

“This probe was initiated by DPD, but we have the FBI helping us,” Craig tells the News.

The raid and the probe into the suspected dirty cop who has been suspended is the latest news in the  troubled Detroit Police Department. More than 66 Detroit Police officer have been criminally charged since 2016.

“Despite public perception, we as police officers have no time for dirty cops,” said one officer with direct knowledge of the latest case. “I hope he fries for this.”

Detroit police officers describe morale as low while temperatures run high between the police and the community at large. In the past 10 days, officers have been fired upon by snipers trying to distract them from performing their duties.

“It's the wild, wild, west,” says another cop. “It's getting really bad out here.”

The latest scandal does nothing to help.

The cleaning house of dirty cops shows a willingness by Chief James Craig to cleanse the department of bad apples. But the sheer volume also shows a department in disarray under his stewardship.

A commander was criminally charged after beating a parade-goer into a comma in 2018, while moonlighting as a bouncer. Officers were charged with taking bribes from towing companies in a wide federal public corruption probe. The former deputy chief of police now resides in federal prison in that sweeping investigation. An officer was convicted for punching a nude and mentally disturbed woman in the face repeated times. Other Detroit cops have been charged for drunk driving and selling dope.

This list does not include the convictions of Lieut. David Hansberry and Off. Bryan Watson who were convicted for robbing drug dealers and stealing narcotics while working for the then named Narcotics Unit. Their charges were brought in 2015.

Nor does the list include the two police officers who were fired for posting racist snap chat videos of a black woman they made walk home in the Arctic cold.

“It's just a bad time,” a cop told me in a late-night phone call. “This just erodes the public trust, while the great majority of us are out here trying to bust our asses trying to make a difference.”