Close your eyes and listen: Tribute artists try to capture the original magic 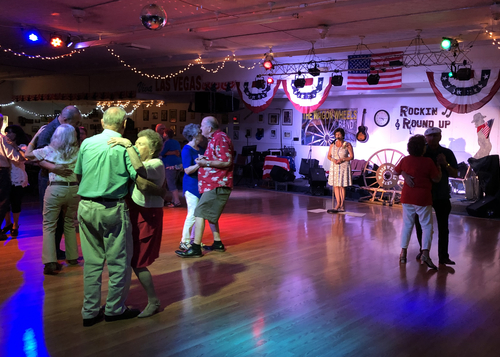 The man known as Rock Harley, who came into the world as Robert Krzeminski, has a story he likes to tell about the day he met Johnny Cash.

Harley, now 67, attended a Cash show at the Michigan State Fair when he was 15. Harley found the black-suited legend afterward and asked to trade guitar picks. Cash handed one over. Like most guitar picks, it was triangular, but to Harley, “it reminded me of a Communion host,” the one a good Catholic boy might receive from a priest on Sunday morning. 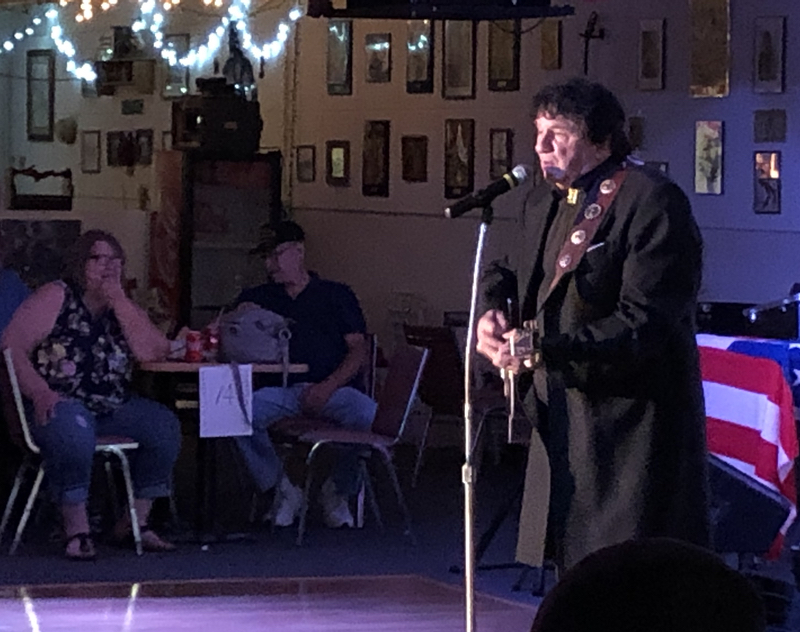 And, to Harley, it was “a spiritual gift. It’s like he passed along something that is still continuing here.”

“Here,” on a recent Sunday afternoon, is the Rockin’ Round Up in Waterford Township, a strange performance space in a strip mall on Dixie Highway. Once it was a Joann Fabrics, then a dollar store, according to Dewey Reese, the current lease holder. He has installed a dance floor in the middle, along with a stage and lighting. Four-by-eight tables surround it in rows, and if you’re thinking, OK, it’s a bar, you would be wrong. No alcohol is served, although you can get pop or water with a hot dog and chips for $3 in the back.

On this Sunday, it’s doing an amazingly good business -- about 125 in the house, almost all of them on the far side of 60. They’re here to see Rock Harley, whose hair is dyed black and who is wearing his hero’s trademark black suit. For two sets, he will impersonate Johnny Cash down to his trademark guitar move (neck high, grimace) and the rumbly gravel of his voice.

Harley is a tribute artist. Lying somewhere on the spectrum beyond a cover band, tribute artists play music of a particular, more famous artist in as close to a note-perfect, close-your-eyes-and-you’d-think-it-was-the-same-guy fashion as possible. Some go further, and dress and style themselves the same as the originals. See him on the street, and you wouldn’t think Harley was Cash, who died in 2003. But hear him sing “Folsom Prison Blues,” his opening number on this summer Sunday, and you immediately get it.

Tribute artists are a growth stock. Numbers are hard to come by, but anecdotally, their ranks are growing, driven by a number of factors. Nostalgia, always the easiest sell in Detroit, is a big one. Proximity is another; it’s a lot easier to enjoy the sounds of Bob Seger at a summer community festival than it would be to navigate the ticket-sale hotlines and parking at Pine Knob for Seger’s final-final-forever shows last June. But the biggest may be cost. As record sales have dried to a trickle, big-name acts have to make their money on touring, and as anyone who’s shopped for Taylor Swift tickets can tell you, hoo-boy get ready to sell a kidney to finance that. 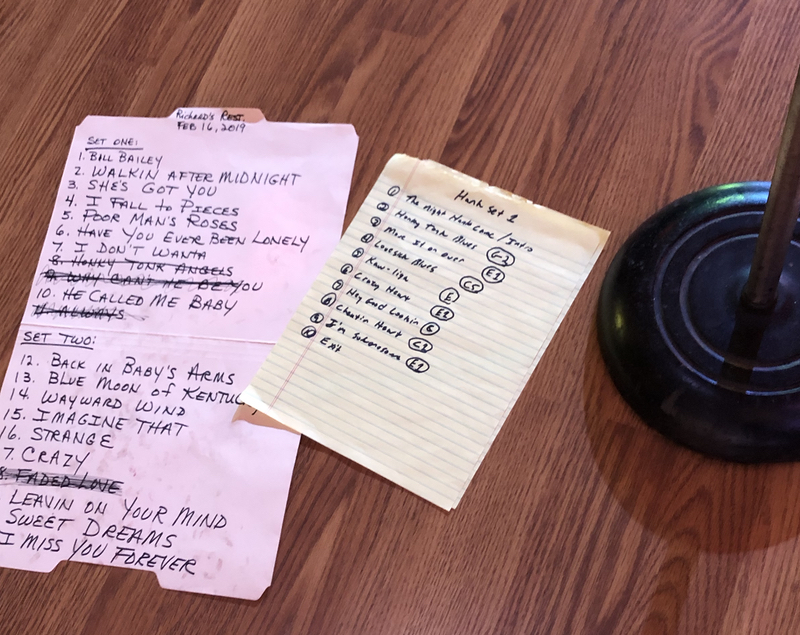 Finally, pop stars are human. Johnny Cash will never play another show. Nor will Prince. Seger’s retired. Some, like Celine Dion, have permanent residencies in Las Vegas or Branson, Mo., big enough that the audiences come to them, not the other way around. (Dion just concluded hers, after 15 years.) For anyone old enough to have loved a particular act, it’s hard to accept you’ll never see your favorites live onstage again. But buy a ticket to Def Leggend at St. Andrew’s Hall, and you can hear “Pour Some Sugar on Me” blasting through the big amps, and it’s the next best thing, for $20.

It’s a good deal for the artists, too, many of them passion performers who do tributes as a lucrative side hustle.

“We’re killing it,” said Todd Stoney, drummer and band manager for Lookin’ Back, one of many Seger tribute bands in Michigan. Stoney says he knows all of them, and Lookin’ Back is “the best,” as gauged by Facebook likes and followers, admittedly a fairly slippery measure. Not that Stoney cares. A drummer in a band that hasn’t made it big could die without ever seeing crowds the size of the one Lookin’ Back faced in Monroe recently – almost 6,000 people. And if they’re coming to hear someone else’s music done in someone else’s voice, so what? The applause sounds the same, and the checks clear. 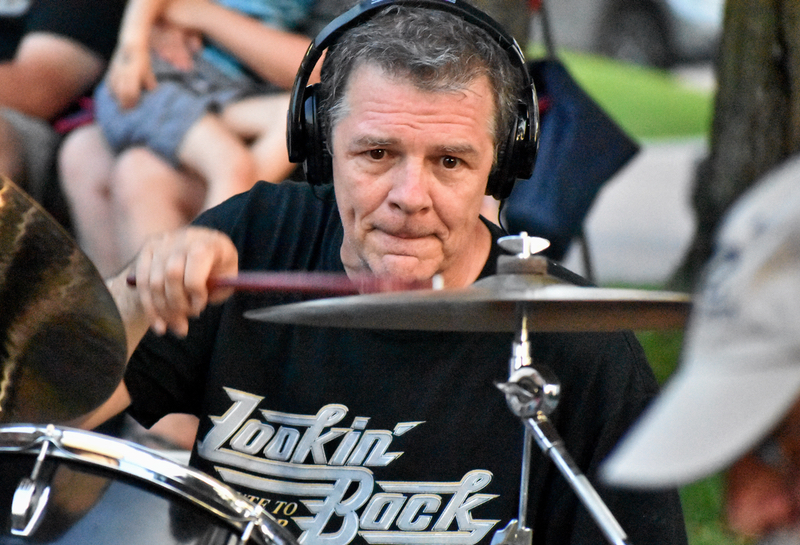 “For a lot of people my age, we won’t get another chance at this rock stardom thing,” said Stoney. But, “if they can pick an artist and can reproduce the music,” they can have a decent career, while it lasts.

And reproducing the music is far more important than reproducing the look, he said, especially for an artist not known for his look, like Seger. His hair’s been short and long, brown and gray, his face clean-shaven, fully bearded and goateed, and somewhere along the line, he started wearing glasses.

“Which decade do you pick Bob’s look from if you had a choice,” Stoney said. “What I determined early on, when I was searching for the front man: Put the best vocalist up there, and the rest will take care of itself.”

"The rest" has to do its job too, though. Gus Morris is a lawyer with a specialty in municipal liability defense, but when he steps onstage, he does so in a denim jacket with the sleeves hacked off and a bandanna tied around his forehead. He is quick to add that the resemblance with Bruce Springsteen more or less ends there: “We’re about the same height and build. That’s it.”

And the leader of the Boss Revue, while a tribute band, knows there are some acts that simply defy imitation. So, while Morris tries to sound like Springsteen, and the lineup has the same eight members as the E Street Band, and the keyboard players worked very hard to find a digital patch to reproduce the violins in “Jungleland,” he freely admits the original is still the greatest.

“There’s a line between covering and attempting to be the person in the band,” Morris said. “We look at ourselves as musicians and enjoy playing it, but it’s not our goal to impersonate.”

The Boss Revue attracts two types of Springsteen fans, he said – the “Born in the USA” bandwagoners, who came aboard after the 1984 album, and the deep-cut aficionados, many of whom are younger, surprisingly enough.

“They discovered him on their own,” he said, but missed the chance to hear Springsteen in anything smaller than a stadium. They seem to appreciate seeing a worthy imitation, in venues that are closer to being in a smoky club in Asbury Park, N.J., in the early ‘70s.

“Any concert you go to, you’re miles away (from the artist),” said Morris. “This is more like seeing your favorite act in a club-type environment.” 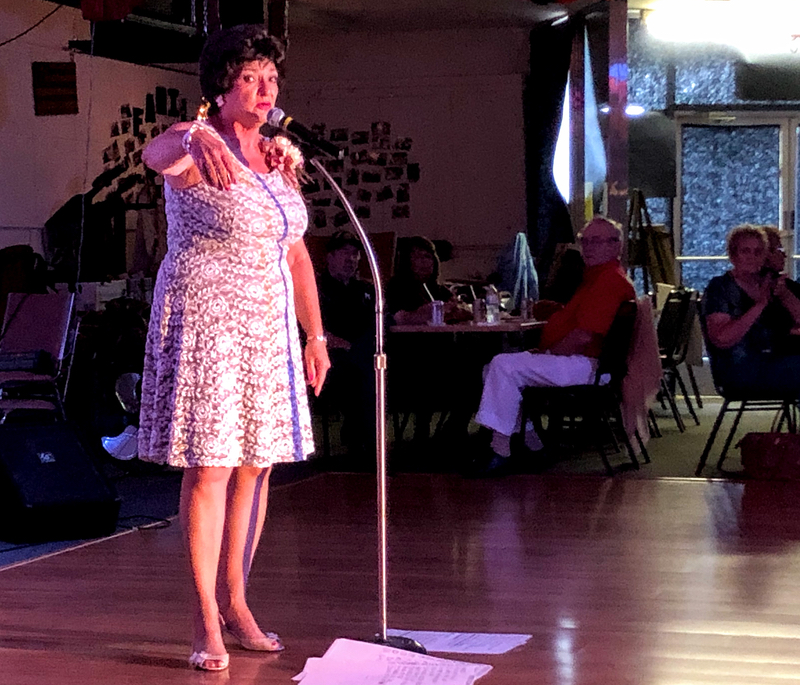 Back in Waterford Township at the Rockin’ Round Up, it’s Kathleen Bressler’s turn to go on. She’s wearing a ‘50s-style dress, fitted at the waist, a corsage over her left breast and a brunette wig in a style that matches the era of the dress. Then the music starts, and as Bressler sings “Walkin’ After Midnight,” it all comes together as Patsy Cline.

Bressler was a little girl when Cline died in a plane crash, but some music is timeless, and so, messing around with a karaoke machine a few years ago, she started singing “Crazy” because everyone loves that one. Someone came into the room and said she thought there’d been a Patsy record playing. That’s when Bressler knew who she sounded like.

She inhabits the role fully, replacing her Michigan accent with one rooted in the Deep South.

“I been tourin’ with a young man I think you’re gonna be hearing more from,” she tells the crowd. “Fella name a Roy Orbison.” For Detroit-area audiences, she talks about how great it is to be in the Motor City, how she’s gonna head down to one of them big ol’ dealerships and pick herself up a brand-new 1962 Cadillac. The audience, some of whom probably owned one from the same year, chuckles.

“I call it acting,” Bressler said. “I just happen to sing most of my lines.”

Having sampled tribute work, Bressler is expanding her repertoire. She can do about 40 minutes of Linda Ronstadt, and she does a quick-change act where she cycles through a gallery of ‘60s and '70s artists, from Mama Cass to Carly Simon to Grace Slick. And like Harley, she sees the applause as “almost a spiritual thing, for me. You’re helping keep the memory of a great artist alive.”

A place to be somebody else

Stoney sees nothing but bright futures. Like the market for classic cars, interest in tribute artists is a moving window, always picking up new acts that are either so popular or so out of reach, one way or another, that they’ll attract a crowd to see an imitation. The Rockin’ Round Up has tribute acts booked through New Year’s Eve, ranging from Tom Jones and Karen Carpenter to Rod Stewart and “Elton Ron” to Bruce Springsteen and the Eagles.

Stoney calls himself mayor of Tributesville, which he envisions as a version of one of those Vegas or Branson one-artist-only theaters. Only at Tributesville, only tribute artists perform. So far the club has operated as a pop-up here and there, although Stoney says he’d love to settle down in one bar or club.

The Boss Revue is part of it, along with more than a dozen others, imitating everyone from Ozzy Osbourne to Amy Winehouse. Their next show is set for November, and will feature Lookin’ Back doing “its last Bob Seger career retrospective,” which they call "From Then To Now,” and covers Seger from “Ramblin’ Gamblin’ Man” to “I Knew You When,” released in 2017. The evening features a buffet dinner and a concert, and tickets start at $25.

“I’m staying true. To my artist and to myself.”