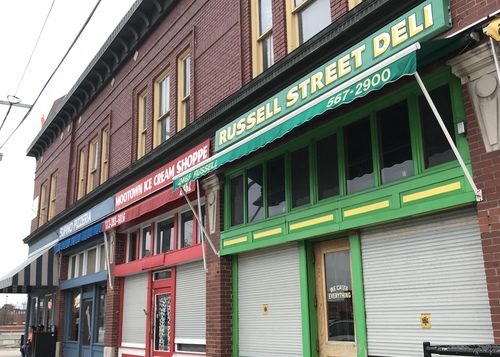 Eastern Market's Russell Street Deli is set to close next week, but owner Ben Hall may soon open a restaurant elsewhere in the district.

Hall announced earlier this year that he would close the longstanding deli in late September following a dispute with his new landlord, Sanford Nelson, over a $50,000 repair. Hall tells Crain's that closing date has now been pushed up to Aug. 31 so he can focus on growing the deli's offshoot wholesale soup business. The soup business is locating to a new food accelerator in the market.

Negotiations for Hall to open a new restaurant in the area are expected to wrap up within three months, Eastern Market Corporation president Dan Carmody tells Annalise Frank of Crain's.

Six of 22 deli staffers will relocate to the soup enterprise, the owner says, and four have found other jobs.