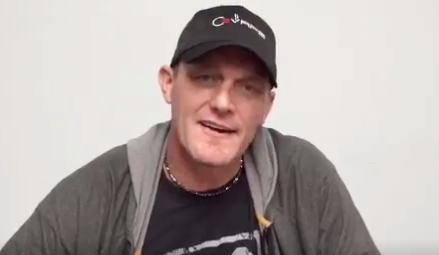 The red hot cannabis business is sweeping the country, and like the California Gold Rush in the mid-1800s, everyone is hoping for a pot of gold.

McCarty has formed a partnership with Pincanna, a cannabis company that is building a massive marijuana grow and processing operation along I-75 in Pinconning, north of Bay City. And McCarty hopes one day to win a Cannabis Cup — a marijuana competition that is held all over the United States to rate different pot products — with his own strains of legal weed.

By partnering with the company, McCarty wants to broaden the advocacy he already has been doing since he kicked his addiction to alcohol in 2015 with the help of pot. While he has grown his own pot outdoors, he’s leaving the cultivating, processing and retail sales to the experts and will lend his name instead to products ranging from a CBD rub and gummy, to a mellowing strain of marijuana and a high-potency, marijuana-infused chocolate peanut-butter candy bar that will “crush” those who choose to indulge.

Johnson is on the board of directors for the Michigan Cannabis Industry Association.