“This type of vulgar behavior will certainly not be tolerated,” Prosecutor Eric Smith said in a statement. “Dodge Park is a beautiful place for families to go to; to enjoy the outdoors and recreation with their children. Having to worry about something like this is unconscionable.” 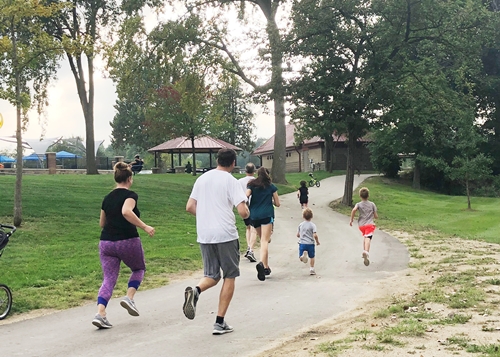 William Brown faces two counts of aggravated indecent exposure. Each charge carries a penalty of up to two years in prison.

Brown, arraigned Friday, is due back in district court Sept. 6 for a probable cause hearing.

The park off Utica Road has a half-mile gravel trail and a three-quarter-mile asphalt path through wooded areas. (Graphic: City of Sterling Heights)