The drip, drip, drip of federal corruption charges against UAW leaders show the union has slid far from its "historic roots in social justice," Mark Kramer writes in a Crain's Detroit Business column. 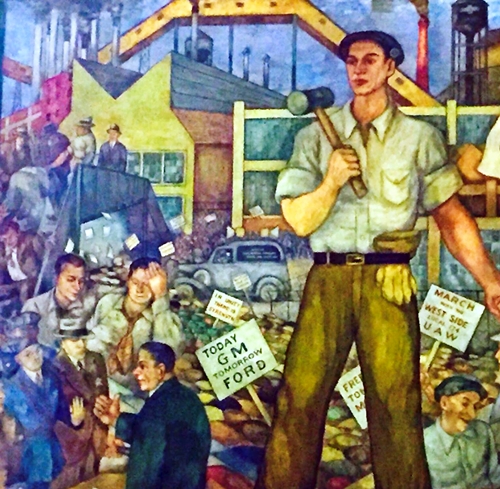 You just can't imagine such scandals during the tenure, say, of Walter Reuther or Doug Fraser. You have to wonder when — and under whose tenure — bad behavior took root.

These days, Kramer says, the United Auto Workers "operates more like the Russian politburo than a socially progressive, leftist labor organization." Openness and overhauls are needed, she suggests under the headline "UAW needs to face up to scandal:"

After the first couple of indictments of UAW executives on kickback/corruption charges, the smart thing would have been to appoint a squeaky clean Big Name to do an internal investigation, complete with forensic accountants, make recommendations and change practices, building firewalls to prevent misdeeds. And be public about it.

The Crain's executive speaks with business professor Marick Masters, director of Wayne State's labor relations programs. The union should let some kind of independent group do an inquiry that follows the money trails.

"It does nobody any good, especially the labor movement, to try and sugarcoat and play it down," Masters told me. "This is corruption at the highest level.

"The only question is how widespread it is. I'm not sure the last shoe has dropped."