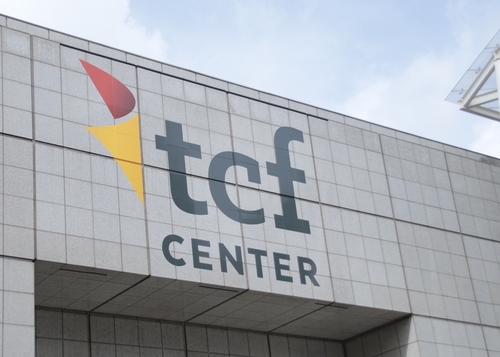 Name switches can take time to stick -- lots of time, maybe forever in some cases. Concertgoers still say Pine Knob or Chene Park, and Tiger Stadium can slip from lips.

An easier swap occurs as Cobo Center is christened TCF Center at a Tuesday morning ceremony that includes remarks from Mayor Mike Duggan, Gov. Gretchen Whitmer, Sen. Debbie Stabenow and Rev. Wendell Anthony, head of Detroit's NAACP branch. Anthony spoke of "a new beginning, a bridge from a negative and decisive past to a positive and constructive future.”

This new name -- already atop the center's relabeled Twitter feed and Facebook page -- seems destined to stick more widely because the old one belongs to a segregationist ex-mayor. 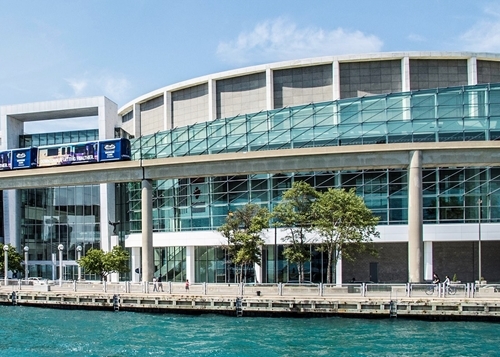 The riverside hall was built in 1960, three years after a heart attack killed Mayor Albert Cobo at age 63. (Photo: Facebook)

Chemical Bank last February bought the naming rights from the Detroit Regional Convention Facility Authority for $33 million over the next 22 years. The bank later merged with TCF Bank, based in Wayzata, Minn., which put its brand on the 59-year-old convention hall Monday.

Speechifying at 10 a.m. today under that nameplate will be followed at 11:30 a.m. by a street fest with free Slow's BBQ, hotdogs, pizza, ice cream, snacks and non-alcoholic beverages. Entertainers include The Temptations at 5 p.m.

Other music comes at noon from Your Generation, a tribute band doing pop, rock and R&B classics, and at 4:15 p.m. from Selected of God Choir. The block party, running until 6 p.m., also features photo booths, "the world's largest Pacman" and other interactive games. 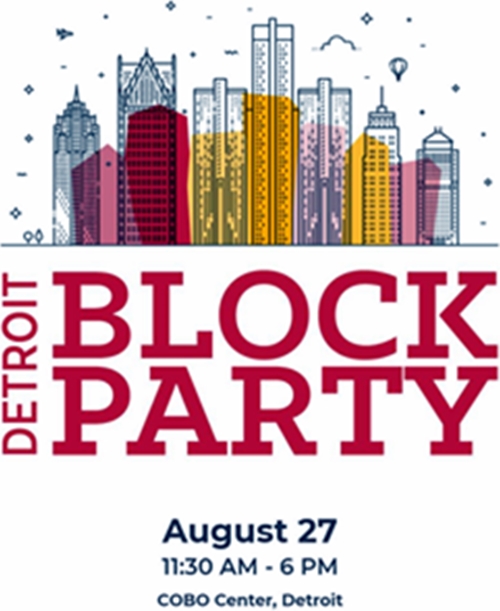 Cobo (the man, not the building) is "remembered most as a segregationist who prevented black Detroiters from moving into then-white neighborhoods and demolished slums where they were already living," Aaron Foley wrote in February at The Neighborhoods, a magazine-style city information site.

At the Detroit Free Press today, columnist Brian Dickerson compares the name removal to "the decision to remove monuments honoring Confederate war heroes from the public squares of southern cities."

Given its backstory, the replaced name is a four-letter word likely to be rarely heard anymore. 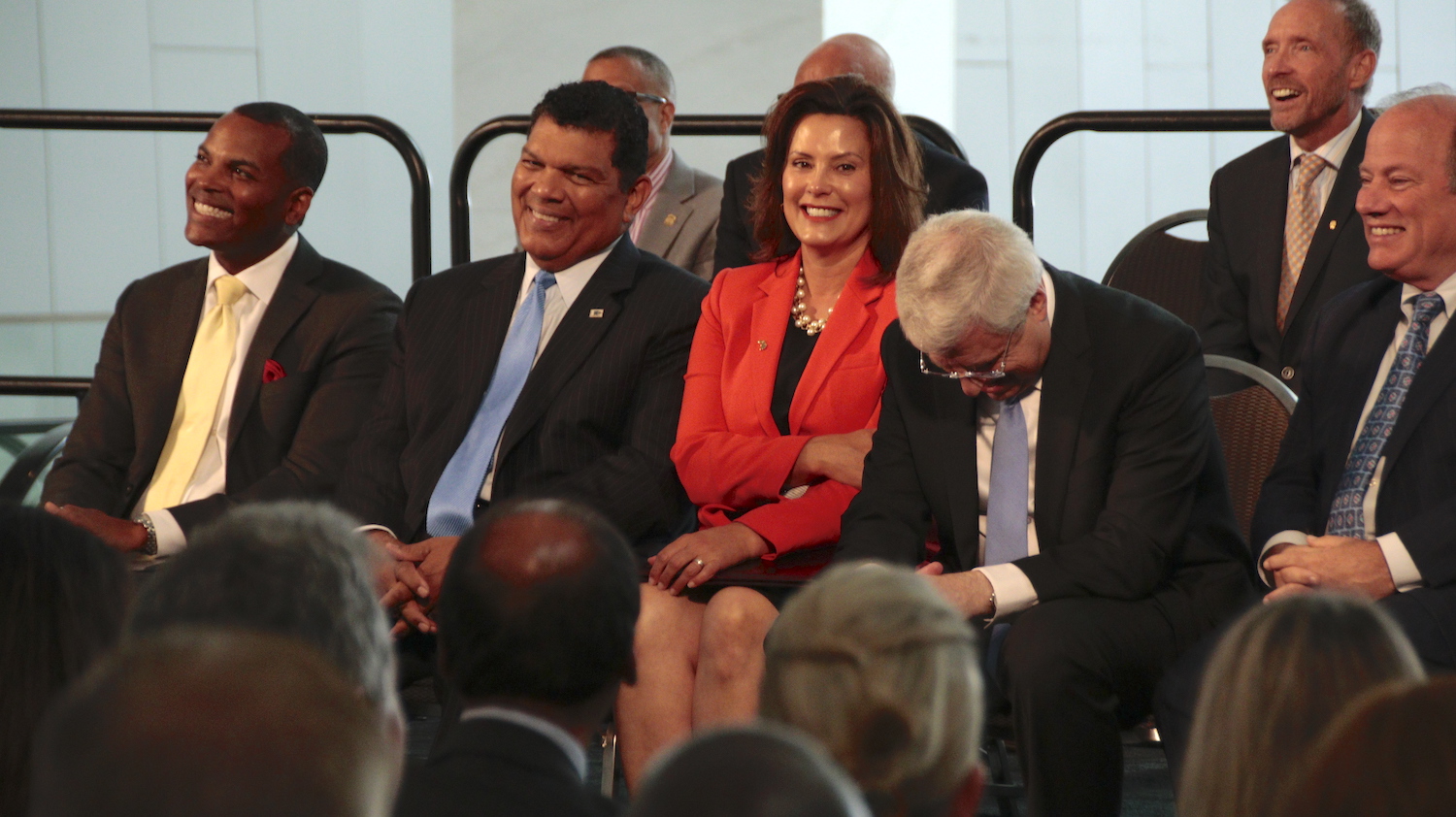 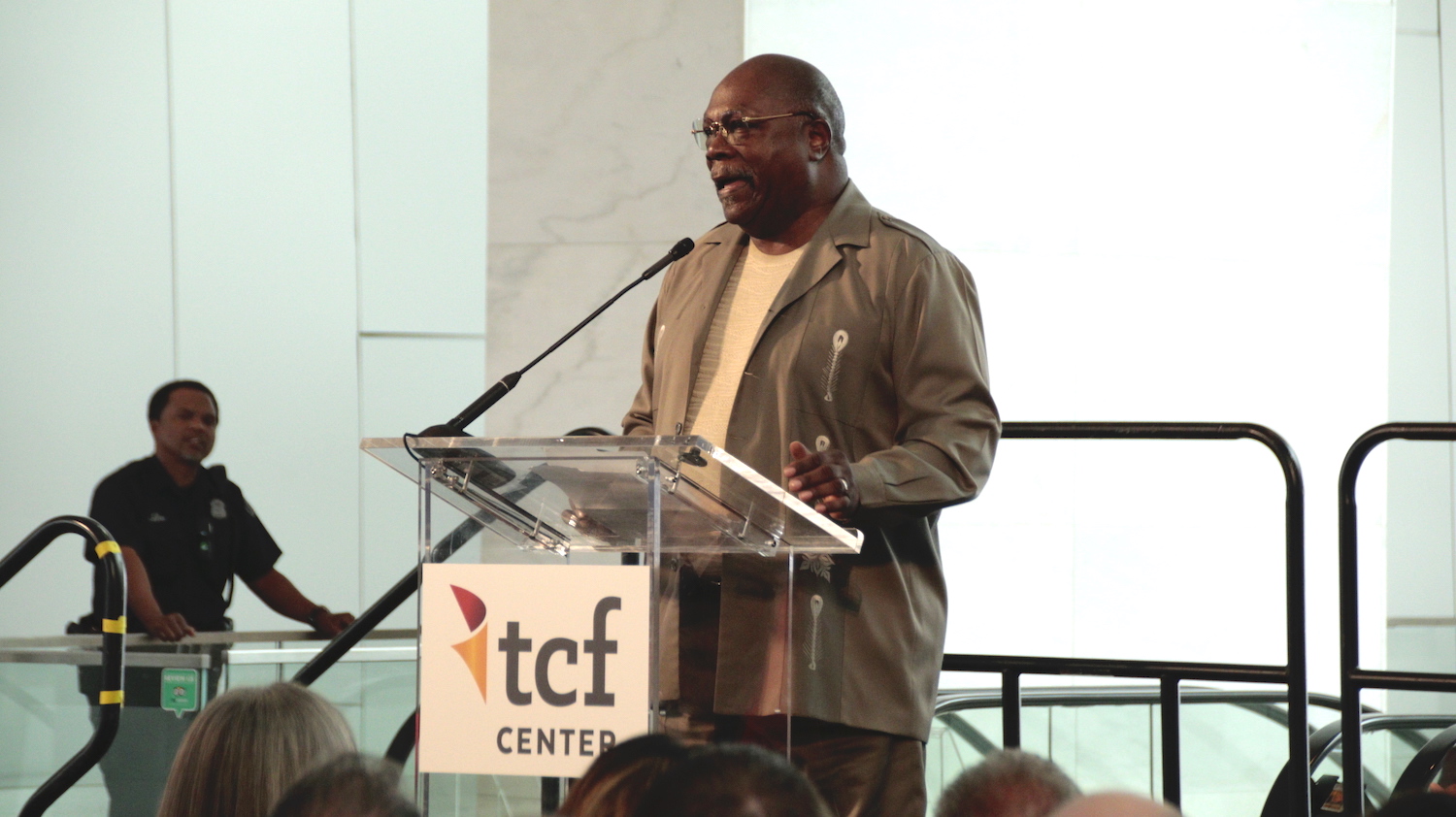 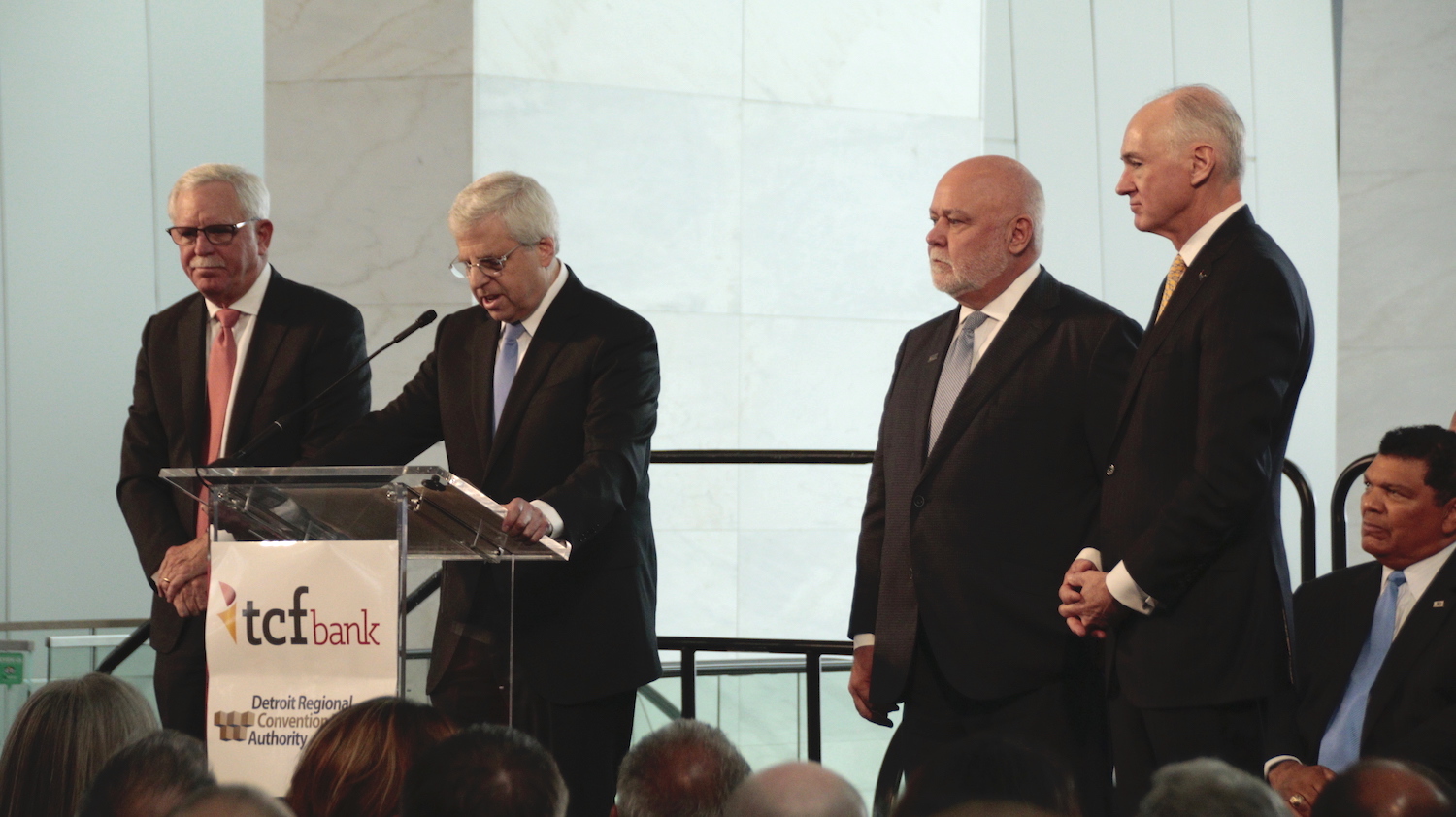 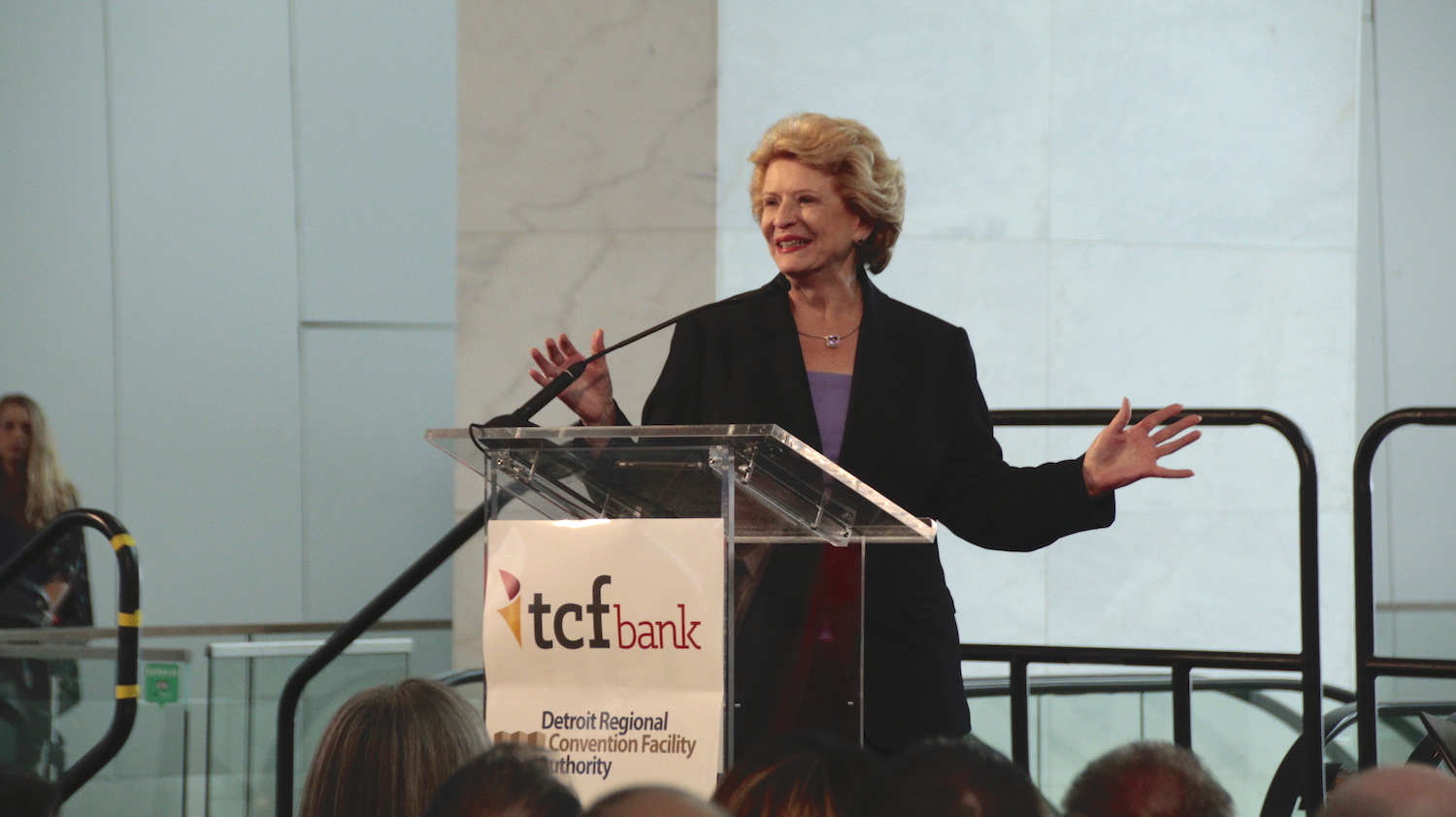 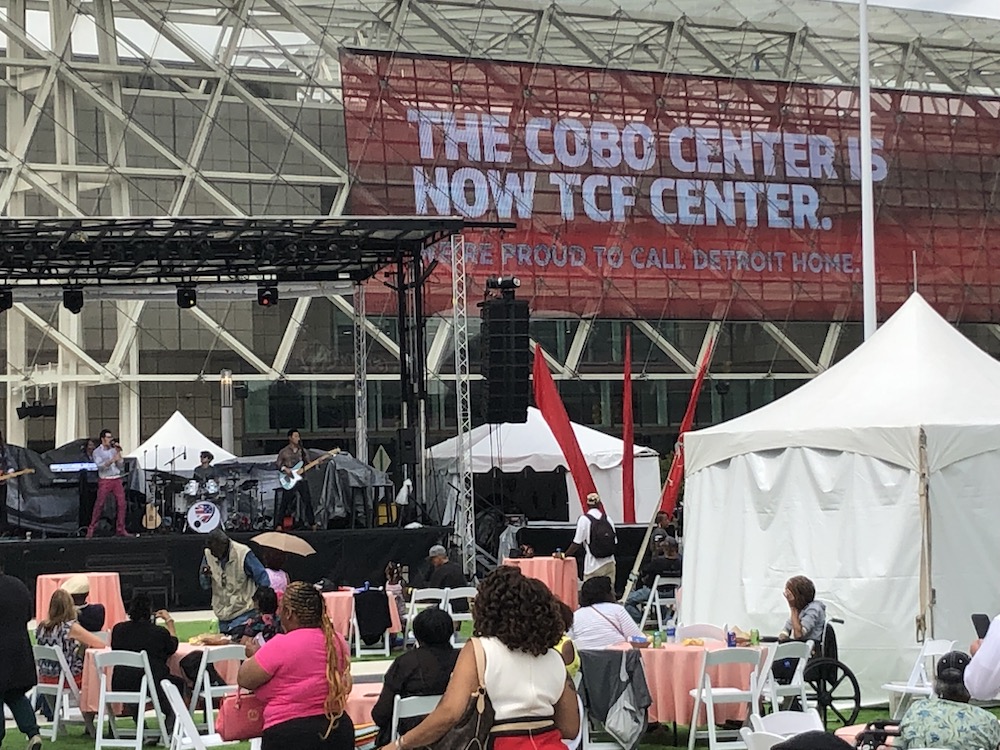 A celebration broke out after the ceremony. (Photo: Allan Lengel) 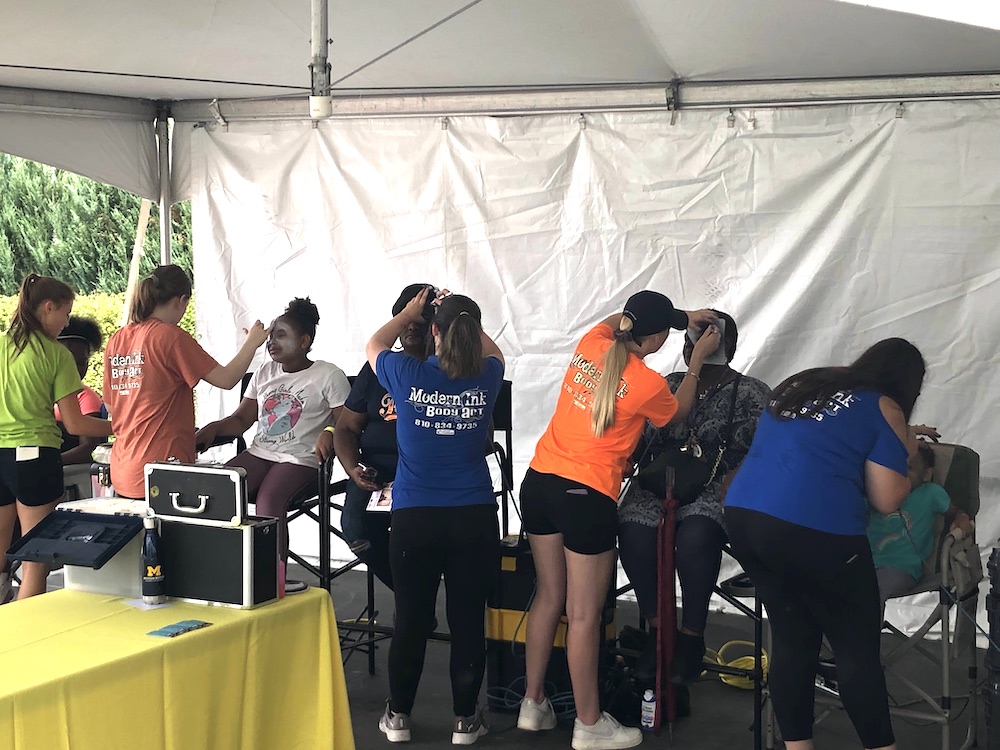 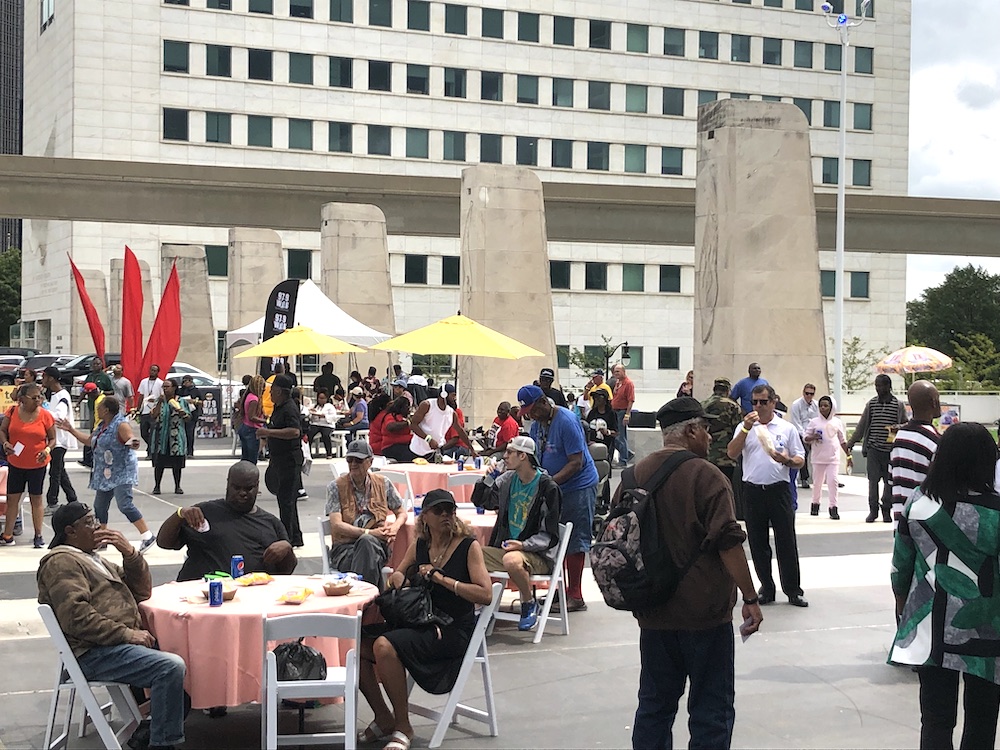 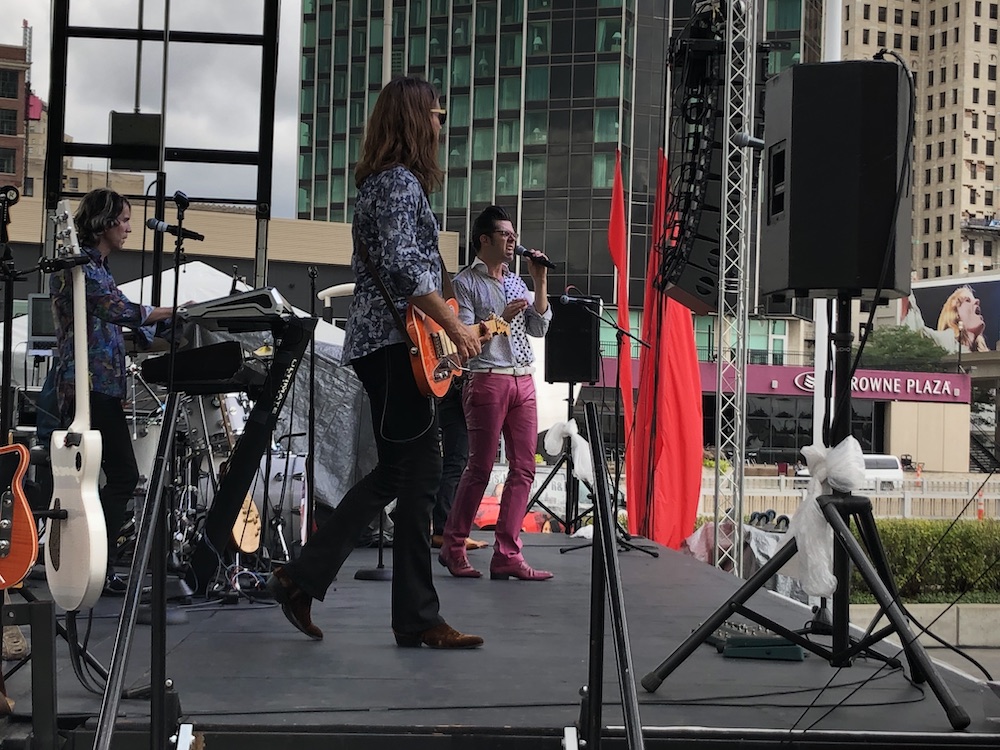