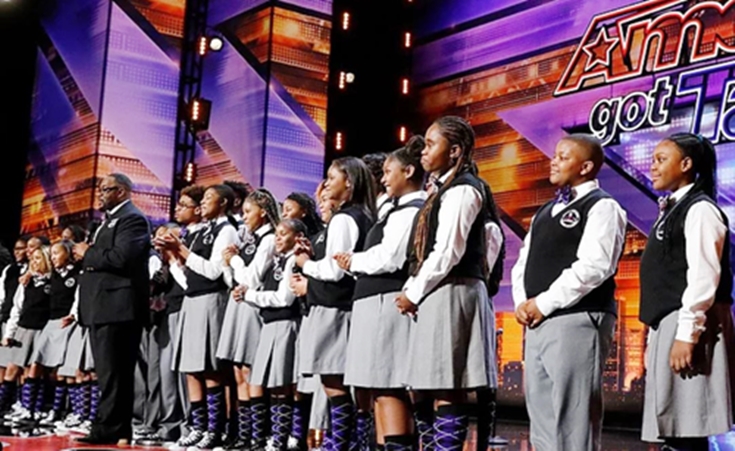 "You are bloody fantastic and actually better tonight than your first audition" in June, said Simon Cowell, a judge on the NBC show, Julie Hinds posts at the Detroit Free Press.

Cowell and three other judges don't determine the winners of this quarterfinal competition. Viewer votes online and via an app will determine which seven of the 12 acts get to advance. (Voting links are below.)

Gabrielle Union, another member of the on-air panel thanked the Detroiters "for coming out here and killing it and inspiring a nation," Hinds writes.

A group of Detroit teens and preteens with strong vocal chops are back on a NBC talent competition Tuesday night for the second time in two months. This live round lets viewers vote on who's got talent.

The Detroit Youth Choir performs from Los Angeles at 8 p.m. on "America's Got Talent." Votes cast online or via a phone app through 7 a.m. Wednesday determine which seven of the 12 acts advance to the semifinal round. (The free app is available from Apple and Google Play.)

Anthony T. White leads the award-winning choir of local singers ages 8-18. They earned a quarterfinal spot June 18 with a remix of "Can't Hold Us" by Macklemore & Ryan Lewis, a Seattle hip-hop duo. Terry Crews, host of the show's 14th season, hit a "golden buzzer" to give the Detroit choir a return appearance. (Video is below.) 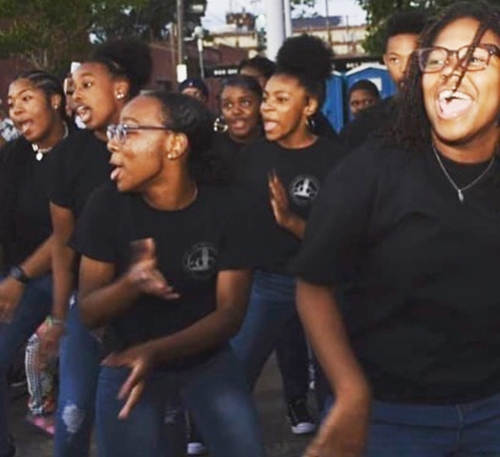 "Every young woman and man on this stage represents me, and where I came from," he said as the four judges were discussing the Detroiters' performance. "I remember sitting at my window in Flint, Michigan, dreaming and wanting to make it and wanting to be here. And they're here, and they did so well that I have to do this.

"Let me tell you something Mr. White, all it takes is one person to believe in a young man or woman for them to reach their dreams, and you are that man, sir."

The singers participate in a program of the Detroit Youth Concert Choir and Performing Arts Company, a nonprofit educational group founded in 1996. White has been artristic director since 2001. It also trains students in dance and theater.