The retro menu has milkshakes, grilled cheese, Maurice salad, a turkey club sandwich and a patty melt with American cheese. Vintage-look paper placemats have scalloped edges and local ads with old school typography in black and white (photo below). Patrons can plug a quarter into a restored 1957 Wurlitzer jukebox to hear a song, according to Melody Baetens of The Detroit News. 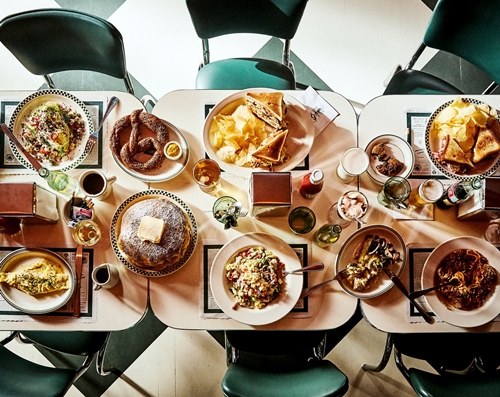 A sampling of what to be hungry for.
(Photo: Christian Harder for Karl's)

Even the name is a personal throwback for its co-owner.

Karl’s Kercheval Home Bakery was owned and operated by Anton Karl, the chef's great great grandfather early last century in what's now the West Village neighborhood. "We wanted this to be as if Karl’s never closed and it just evolved over generations," Williams tells Brenna Houck of Eater Detroit.

The 21st century version starts serving Thursday morning on the second level of the 16-month-old Siren Hotel in the Wurlitzer Building, on Broadway Street near Grand Circus Park downtown.

Williams is the award-winner behind Lady of the House, open in Corktown since 2017. Food & Wine magazine last year named her one of the country's top 10 chefs and GQ put her restaurant on its top 10 newcomers list. That's why her new venture "isn’t your typical short-order kitchen," as Mark Kurlyandchik puts it at the Freep. 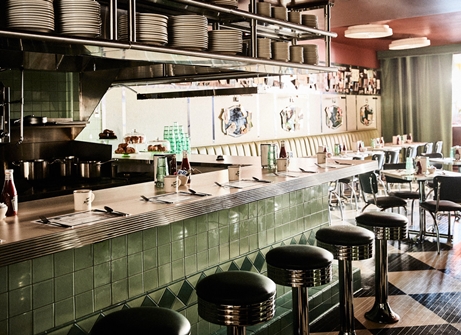 Selections and hours at Karl's run from mid-morning breakfast to late-night cocktails and comfort food. Adult beverages include six wines by the glass or bottle, classic cocktails (an Old Fashioned tops the list, naturally) and even an Irish milkshake with a shot of Jameson whiskey.

Houck, editor of the local Eater site, describes the decor:

The walls are a combination of cream-colored laminate and chrome, a callback to old-school diner floors. Dark brown pegboard lining the top of the walls helps give the restaurant its lived-in look. The board is decorated with Williams' family photos as well as vintage momentos including old newspapers and Detroit sports memorabilia. 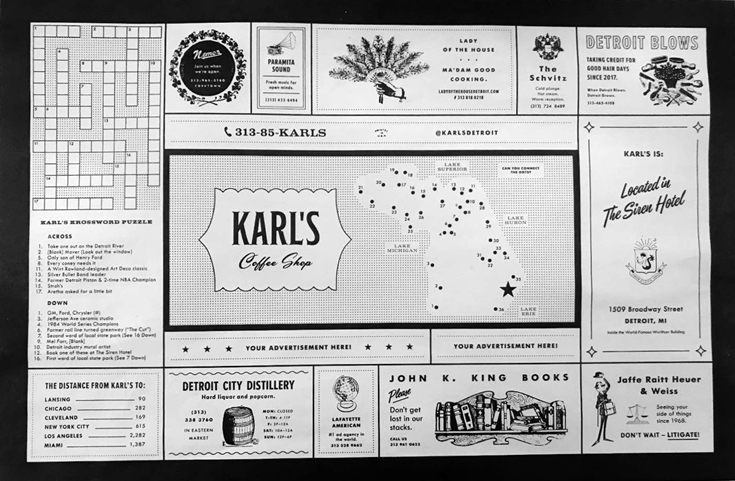 "All of our childhood/adult placemat dreams," Kate Williams posts with her Instagram. The design is inspired by inspired by ones from the Guernsey cafe in Northville, her first employer, the chef tells Eater Detroit. Pencils are at each table for the crossword and map dot-connecting.