Sasha Obama enrolls in the University of Michigan Class of '23

Classes at the University of Michigan-Ann Arbor begin the day after Labor Day, and among the freshmen this year will be one notable name -- Sasha Obama, youngest daughter of the 44th president. 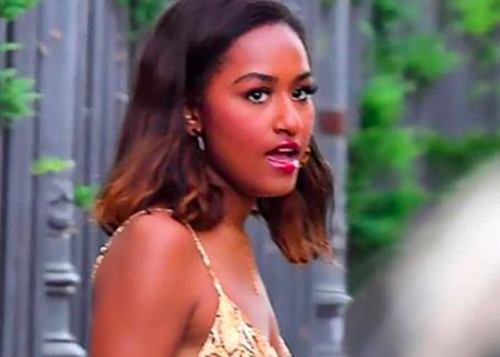 Kim Kozlowski at The Detroit News bird-dogged the 18-year-old to Ann Arbor and didn't catch sight of her, but others did:

"I was walking by pushing a vacuum and she walked out right in front of me," said Zach Lassen, a third-year film student from Redford. "I said, 'Excuse me.' It was a crowded hallway with her and some Secret Service dudes."

Asked what he thought about her on campus, he said some people he worked with were a tad annoyed with the added security.

But Lassen added: "It's pretty cool."

The university is keeping mum about her presence, in keeping with a policy of not confirming the enrollment of individual students. Rumors about her imminent enrollment began in the spring, when she posted a photo of herself with two other young women, taken on the U-M campus, on her Instagram account.

Sasha is traveling a different higher-ed path than her parents and sister Malia, all of whom opted for the Ivy League, specifically Columbia, Harvard and Princeton. The University of Michigan is regularly named one of the top public universities in the country.

Other children of celebrities have attended school in Ann Arbor, notably Lourdes Leon, the daughter of pop star Madonna (who also went to Michigan before dropping out).