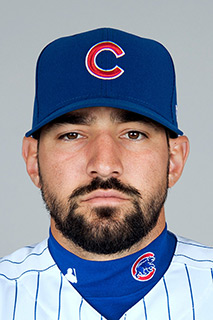 Ex-Tiger Nick Castellanos has found new life with his new team the Chicago Cubs, which is in the hunt for a post-season playoff spot.

But Castellanos knows what it's like to be on a team that really doesn't want to win. The Tigers have done everything to be a lousy team these past few years, all in hopes of getting potential prospects for its rebuilding.

Castellanos tells USA Today that Major League Baseball would be in a better place if every team actually wanted to win, instead of teams believing that tanking is the best formula for future success.

"It’s extremely sexy to rebuild right now, and it’s a copy-cat league,’’ Castellanos says. “Winning should be a priority, but let’s be real, for a lot of teams it’s not."

“When I got traded to the Cubs,’’ Castellanos said, “it was like I was called up to the big leagues. I’m waking up excited to compete every day playing for something.