Fox 2's Roop Raj Replies to Ignorant Tweet: 'I'm From Troy . . . I Was Born and Raised in America'

Fox 2's Roop Raj tweeted about a story on how small businesses are preparing for tariffs to start, The Detroit News reports.

In response, someone replied:  "Raj, i wish you understand why the tariffs will be in place. I'm not sure where you came from. But USA wants fair trade do some homework then report."

"This isn’t about politics, but about decency in how we treat each other," the Metro Detroit broadcaster posts Friday night on Facebook. 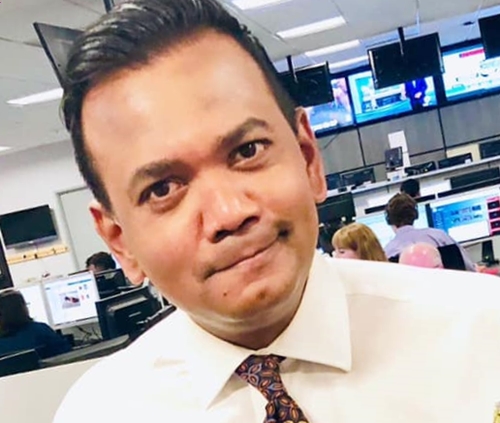 The Michigan State University journalism graduate has been at the Fox affiliate since 2009. His career began as a reporter, anchor and weathercaster for the NBC station in Flint for four years, and continued in New Orleans as a morning anchor and reporter for seven years.

His rousing response draws more than 3,100 "likes" on Twitter by Sunday morning and over 450 retweets.

Among replies is one from state Attorney General Dana Nessel, who tweets:

I can put up with a lot of crap, but not watching racist attacks against @rooprajfox2. Have you met this guy? It’s like attacking Mr. Rogers or Santa Claus. I miss living in a country where people felt ashamed to express such abhorrent sentiments. Stand strong, Roop! We ❤️ you!

Another admirer -- Johnny Soma, a former Air Force sergeant in Fort Wayne, Ind. -- praises Raj for "one of the most open-minded, non-divisive and truly kind American response[s] you could have given. I'm a US Veteran and this is the America I fought for."

Newsweek is among media posting coverage.