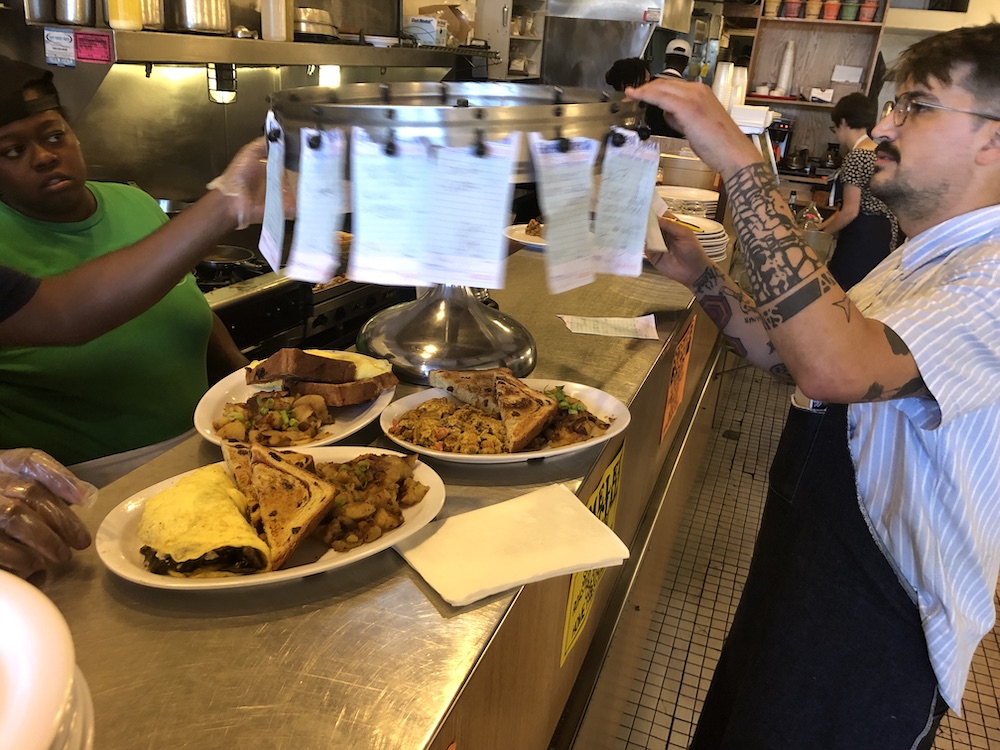 For 30 years, the Russell Street Deli in Detroit's Eastern Market was one of my favorite restaurants.

It wasn't just the food, though the soup was hard to top, particularly my favorite, the spicy, vegetarian black-eyed peas and collard greens.

The Russell had the feel of a good Jewish deli, the ambiance of Ann Arbor, the warmth of my parents' home, sufficient hipness, but not too much, and the familiarity and consistency that reminded you that all would be ok in this crazy world.

And though you often had to share a table with total strangers, more often than not, it just felt right.

On Saturday, after serving up untold numbers of sandwiches and bowls of soup over the decades, the deli closed its doors. After a high-profile dispute with the landlord, the Nelson family, owner Ben Hall decided it was best to part ways.

Hall will still make the soup out of an industrial kichen nearby for grocery stores and school districts like Detroit and Hamtramck. And he's exploring the possibility of opening a different kind of restaurant in the market.

On the last day, I talked with customers and some of the great workers who served food with warmth.