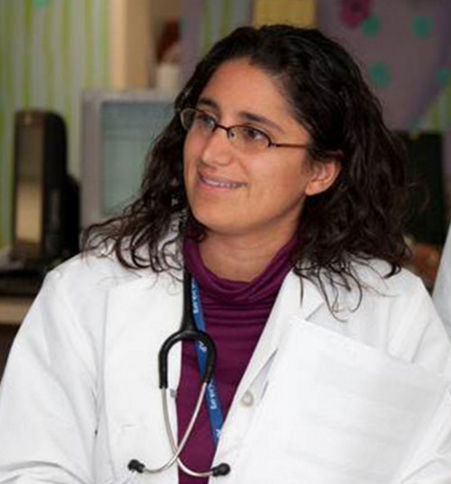 Dr. Mona Hanna-Attisha, a Flint pediatrician and professor, became a hero when she helped expose Flint's dangerous water crisis. Lately, the city of Newark faces a similar crisis and other cities are dealing with the health issue.

So she has written a New York Times guest column headlined "I Helped Expose the Lead Crisis in Flint. Here’s What Other Cities Should Do. The fight against lead in water is a fight for our kids."

Four years ago, with my white coat on, I stepped out of my pediatric clinic and held a news conference. Lifting a baby bottle filled with water from Flint, Mich., I shared my research: Lead was increasingly in the blood of Flint’s children. The powers-that-be tried to silence me initially, but persistence, activism, teamwork and science prevailed. Since then, Flint has been on a slow but sure path toward recovery.

Flint is an extreme case but not unique. A troubling number of cities across the country — Pittsburgh, Chicago, Portland, Ore. — are struggling with elevated lead in their drinking water. It’s one of the legacies of the profit-driven and largely unaccountable lead industry that thwarted science, fought regulations and forced its use in our gasoline, paint and plumbing.

Now Newark, a city with three times the population of Flint, is facing a similar problem of lead in its drinking water. Because of weak sampling requirements in the federal Lead and Copper Rule, we may never know when Newark’s corrosion control treatment started to fail, but data showing lead was present in drinking water first appeared in 2016 — and that in itself is troubling. . . .

So that’s the history lesson that I want to pass on to Newark. Stay woke and keep fighting. Our public health protections fundamentally tell us how much or little we value our children. Beyond drinking water, the stories of Flint and Washington also shed light on the deteriorating infrastructure and environmental injustice in our cities.

It’s not enough to be aware of injustice; we need to take action — even when it’s hard or scary or may seem impossible. And especially when everyone else wants you to stay silent.