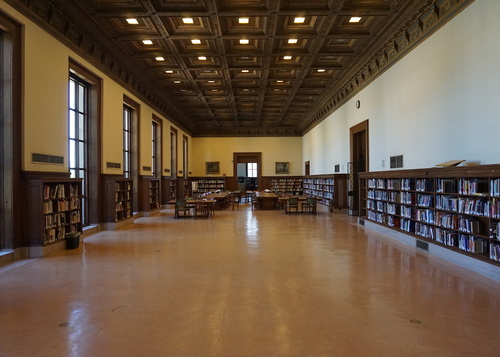 The Detroit Public Library has stopped charging fines for past-due items, joining a growing number of library systems across the country.

The new policy that went into effect Sept.1 also wipes all existing past due balances. DPL will now only charge for damaged or lost items.

Card holders with past due items will still be barred from checking out new material.

A DPL spokeswoman says cities that have adopted a fine-free policy have seen increased library visits and circulation. And Detroit, she says, won't lose much money on the move. In 2018, the library system received about $30,000 in fine payments — less than .1 percent of its total budget.

In an opinion piece last year, The Washington Post editorial board called fine-free a win for libraries and the public.

Eliminating these fines serves a laudable purpose: The policy can expand access to library services among groups that might otherwise struggle to return materials on time or keep up with payments, including low-income families, people with disabilities and the elderly. In some cases, as patrons return, fine-free policies can actually work to improve library circulation — and even the library’s bottom line. The Pratt, [a Baltimore library that eliminated fines], for example, relies on library fines for less than a quarter of a percent of its annual budget, a figure it believes it could largely save in reduced staff time collecting and processing fines.