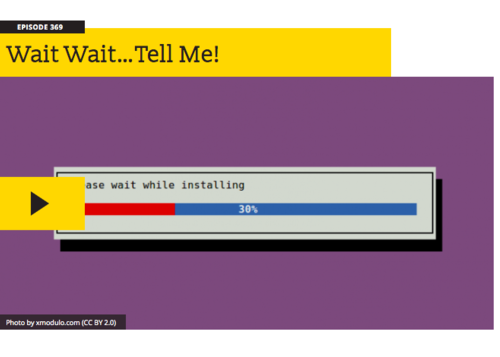 A San Francisco-based design podcast crew walks into Detroit. They're there to cover how the city's demolition program moved toward more transparency. You know — the program that's under federal investigation for corruption and earlier this year saw a contractor and city official charged for alleged bribery and bid-rigging.

To the average Detroiter, this is a story about city government trying to cover its ass after making some mistakes. But to the design podcasters, it's a lightning rod for an esoteric 30-minute production on the psychological effects of waiting.

The latest episode of 99 Percent Invisible — syndicated through public radio's PRX — looks at the genesis of the city's Neighborhood Improvement Tracker, an online tool that tracks past and future demolitions and provides additional information, including contractor and cost.

According to the podcast, the tool was developed in 2016 because Detroit Building Authority director of special projects Brian Farkas wanted to alleviate the psychological burden on residents anxious to see the abandoned houses around them come down. Not mentioned is the context of the moment: The tool was developed with the program under investigation by the Special Inspector General of the Troubled Asset Relief Program and FBI, just after it was revealed that demo contracts in excess of $25,000 were not brought before City Council for approval, as they should have been.

The podcast goes on to examine the academic study on waiting that purportedly inspired Farkas, and how it was also used by travel website Kayak.com.

Did scrutiny of the demo program seriously have nothing to do with the development of the demo tracker? Did the design geeks purposely gloss over the controversy to avoid straying from their more simple narrative?

99 Percent Invisible did not immediately reply to a request for comment, but the city on Wednesday evening said concerns over transparency had nothing to do with its decision to make the demolition information public.

Publishing the demo data was part of a larger citywide movement toward Open Data, which was launched in March 2015.  And it's no flash in the pan.  It's part of the culture now in Detroit government. In fact, the Open Knowledge and Sunlight Foundations rank Detroit 8th nationally in terms of it's open data transparency.