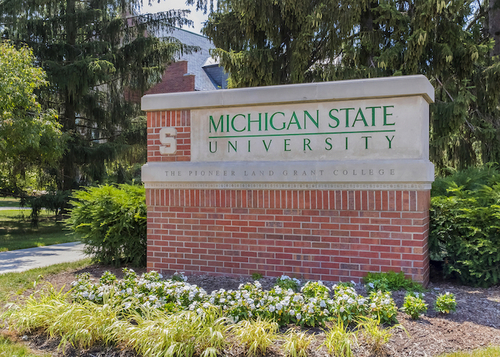 Michigan State University will have to pay $4.5 million for its "complete failure to protect students" from sexual abuse and undergo an investigation into all of its sex assault case decisions under an agreement reached with the Department of Education.

The penalties relate to sexual abuse by Larry Nassar and misconduct by his former boss, Dean William Strampel. Both have been charged criminally.

The Free Press has details on the corrective action:

... the school must hire an outside law firm to review all sex assault case decisions made by the school's Title IX office and issue a report to the federal government. MSU's board and president must also receive a regular report of all cases and decisions.

In addition, MSU must conduct a sweeping investigation into who knew what and didn't act on both the Nassar case and his boss, William Strampel, who was recently convicted of criminal charges.

That includes former MSU President Lou Anna Simon, who is currently facing criminal charges of lying to police in the Nassar investigation; current Provost June Youatt, who knew for years of sexual harassment claims by Strampel and cleared him; along with the Associate Vice President for Academic Human Resources, employees of the Office of the General Counsel, and the former head coach of the women's gymnastics team.

This announcement follows the conclusion of two separate investigations by the department. The Federal Student Aid office oversaw the Clery Act investigation, which requires universities to post crime statistics  and to communicate danger to the campus community in a timely fashion.

“It became increasingly clear that any process that MSU had simply was not working, and, more accurately, broken,” DeVos says.

The fine is the largest in the history of the Clery Act, according to The News The second-bigget was the $2.4-million penalty doled out to Penn State for its handling of abuse by the university's assistant football coach.