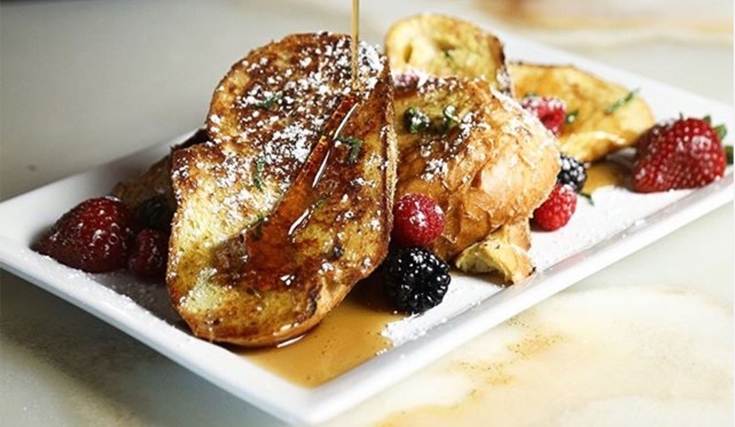 French toast is among weekday items. See others below. (Photos: The Breakfast Loft)

That experience shows as she launches a Detroit restaurant that she says is "shifting the paradigm of the breakfast experience."

Sounds like a fuffy claim for omelettes, waffles and mimosas, but that's how Jenkins describes The Breakfast Loft. She also posts that it's "cutting edge, sophisticated, fun and full of spunk." 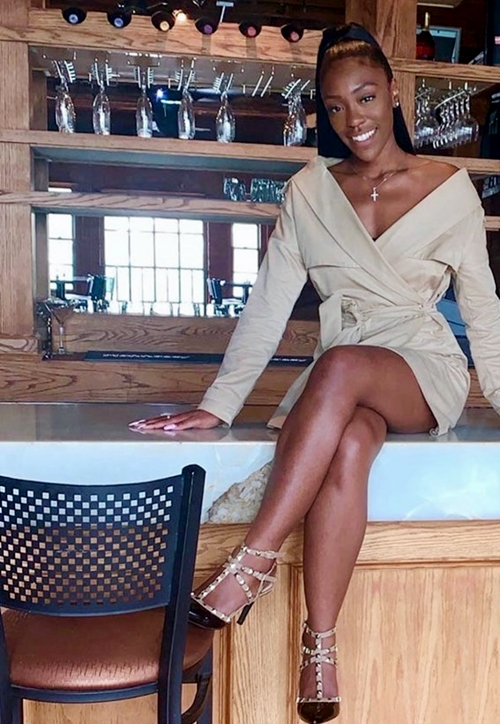 Micah Jenkins describes her restaurant (and herself?) as "cutting edge, sophisticated, fun and full of spunk." (Photo: Jasmine Graham)

After a few weekend buffets since May, its "grand opening" is Sunday above Steve's Soul Food at 1440 Franklin St. in the Rivertown area on downtown's eastern edge.

"Some of the menu highlights will be seafood omelets, quiche, breakfast sandwiches and a house-made waffle-biscuit hybrid," Melody Baetens writes at The Detroit News, adding:

The spacious restaurant, which has a view of the Detroit River and seats around 125 in cozy booths and at a square bar, was formerly the Key Lounge. . . .

Jenkins, who originally planned to be a fashion buyer, said she never thought she'd be in the restaurant industry and calls her plan "a leap of faith." "I’m excited. I like a challenge," she said.

"I like being in environments when I’m not comfortable. So this is definitely that. I’m learning as I go."

Jenkins, who calls herself a "serial entrepreneur" on Facebook, is a lifelong Detroiter who graduated from Cass Tech High School in 2013 and four years later from Michigan State, where she focused on advertising, marketing and public relations.

The Breakfast Loft, which has a bar, offers menu selections for six hours each weekday and a $25 buffet for five hours on weekends. James Chatman is executive chef. 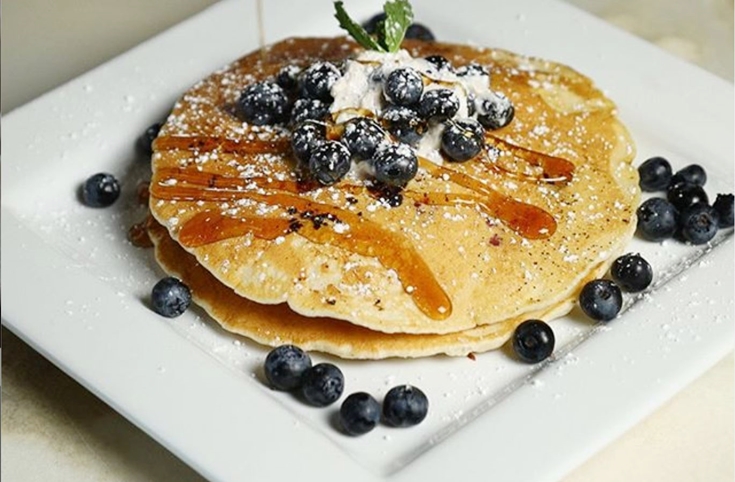 Blueberry pancakes, as you already knew. 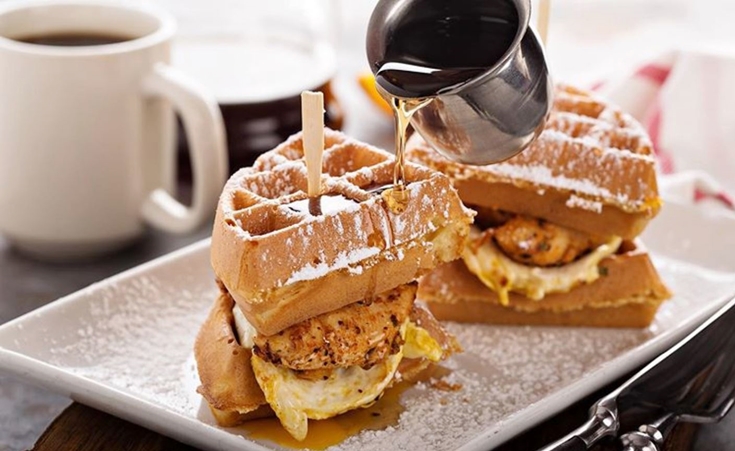 Chicken and egg waffle sandwich, for those who're really hungry.