Here's fresh proof that Detroit is fortunate to be a two-newspaper town: We get two perspectives on one concert.

Each of the dailies was at DTE Energy Music Theatre for Kid Rock's first of four shows, and their reporters hit a somewhat different chord.

Brian McCollum, a Free Press music beat veteran, reports partly on the audience in what a headline calls "an intense new environment" for the edgy local performer. "Something felt different this time," McCollum writes near the start. 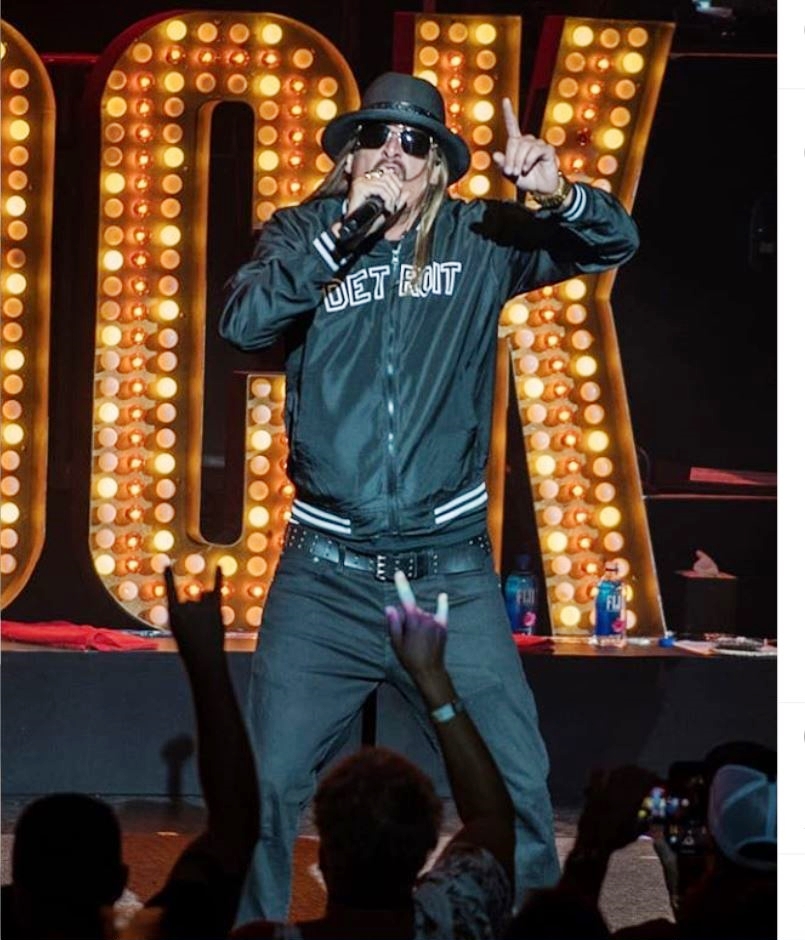 At The Detroit News, newcomer Kalea Hall opens this way: "Detroit still loves its Romeo native Kid Rock." The headline quotes a 60-year-old Westland fan at her 86th Kid Rock show: "He puts on such a great performance."

No right or wrong way to cover this, just point-of-view framing choices that differ.

McCollum, who has covered music for the Freep for more than two decades, chooses wide-angle context:

For years, a Kid Rock show was a big-buzz draw for metro Detroiters across the board. It was an event widely viewed as a guaranteed good time with a celebratory hometown flavor.

But we find ourselves in the political pell-mell of 2019, and this homecoming DTE run presents a Kid Rock who's operating in a new, fraught context: In a day of deepening cultural polarization, the 48-year-old musician has become a lightning rod.

The journalist senses that "some of Kid Rock's audience has peeled away," including "white-collar weekend warriors, soccer moms and other casuals who made up a sizable chunk of crowds at previous hometown Kid Rock dates."

Friday’s show wasn't a fast sellout the way previous Kid Rock dates here dependably had been. Up to showtime, deeply discounted tickets were available on the resale site StubHub, and plenty of seats remain available for the upcoming three DTE dates. . . .

You wind up with Kid Rock now playing mostly for the diehards . . . streaming into DTE in an array of Harley-Davidson gear, Johnny Cash shirts, Kid Rock merch and the occasional Trump MAGA hat. . . .

Kid Rock has made his stand, dammit, and you can love it or leave it. He was here to do his thing for the ones who get it.

Over at The News, Hall -- an autos beat reporter who joined the paper in July -- delivers shorter coverage focusing solely on "his adoring fans . . . [at] the first concert he's done in Metro Detroit since 2017."

Fans, adorned in Kid Rock gear from head to toe, tossed back beers and tapped their boots to the songs, especially the ones praising Michigan. . . .