It's past time for Detroit to get tough about vicious dogs, the city council president insists.

"People are losing their lives," says Brenda Jones. "When does it matter?" 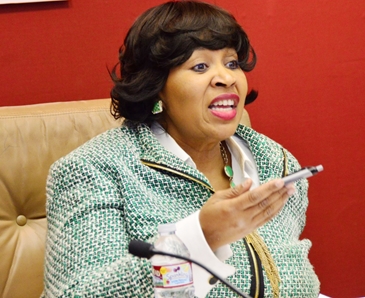 Brenda Jones: "No one is enforcing the laws." (Photo: Facebook)

Randy Wimbley of Fox 2 News reports in the video below on her call for stricter penalties for pet owners found to be irresponsible.

If Animal Care and Control cannot get in contact with a pet owner, there could be a hearing and the owner could have a $500 fine and possibly 90 days in jail. . . .

"Can I get mad at 10 Animal Care and Control Officers? No, because they can only do so much."

These options under consideration for an ordinance being drafted, the station says: