Army Sgt. Nathan Tuttle's team lost Saturday at Michigan Stadium, but what happened in the football game doesn't matter most to him. 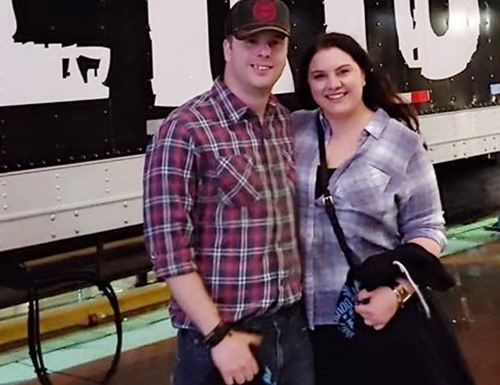 The real action took place when he clinched a critical play in the second quarter, as WDIV tells in a brief item:

He went down on one knee in the end zone in front of his girlfriend and 110,000 fans to propose. You know what happened next.

Tuttle, a 29-year-old missile systems specialist on leave from a base in Romania, has been dating Emily Palm for three years. She thought he was still overseas until a surprise visit for UM's second game of the season. When not deployed, the sergeant is stationed at Fort Hood in Texas.

The Wolverines won 24-21 in double overtime, not that these two lovebirds cared much. See a 22-second video of their on-field drama here.