Tweets Score Points as Detroit Lions Start This (Sad?) Season with a Tie

One of the Detroit Lions' own representatives sees the harsh reality: "Their critics won’t let them forget. That’s for sure," columnist Mike O'Hara posts Sunday night at the team website. 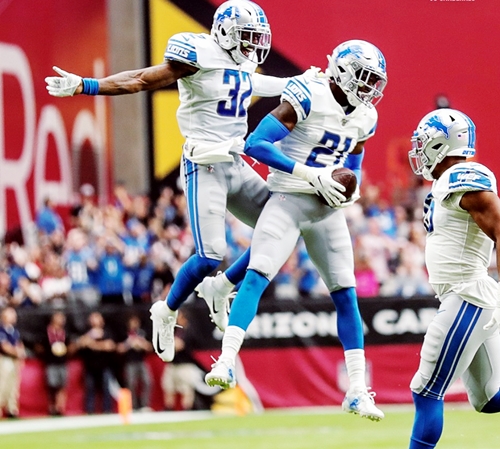 He writes frankly about a 27-27 tie with the Cardinals in the season opener in Glendsale, Ariz.

It goes in the record books as a tie, and it’s in the standings as a tie for both teams, but for the Detroit Lions it should feel like a loss.

And it a lot of ways, it was a loss. There isn’t an ounce of satisfaction for the Lions. They had a 24-6 lead in the first minute of the fourth quarter and had shackled Arizona’s offense under rookie quarterback Kyler Murray.

All of it came unraveled in a rally by the Cardinals that came from nowhere. They scored a field goal, two touchdowns and a game-tying two-point conversion that sent the game into overtime. An exchange of field goals left the game in a tie – one that will haunt the Lions for days to come, and probably longer.

Reactions on Twitter are equally stark -- and more amusing.

I'm willing to uproot my family to a new city simply to have another NFL team. How's Boston this time of year?

The Lions have ruined my Sundays for over 4 decades and I still get suckered every year. I hate them https://t.co/uiDyc25JKg

We've been searching for the right GIF to post to describe what just happened. But it doesn't exist. The @Lions have stumped us all, yet again.

There is only one team in the NFL this would happen to.

FINAL: The Lions Lions’d, the Cardinals Cardinals’d, everyone’s unhappy and it’s all okay because one day the Earth will get swallowed by the sun and nothing will ever exist ever again