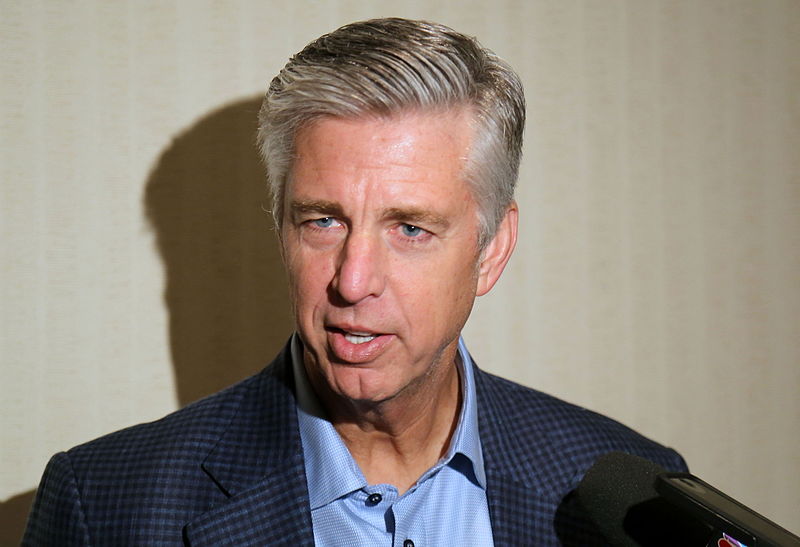 Dave Dombrowski, the former general manager and president for the Detroit Tigers, was fired by the Boston Red Sox on Sunday as the team's president of operations, the Boston Herald reports.

Dombrowski, who joined the Red Sox in 2015, led the team to a World Series last year. He had been fired by the Tigers in August 2015 after 13 years with the team.

Sunday's firing, which was announced just after midnight on Monday,  came after the team lost to the Yankees on Sunday 10-5. The Sox are 17.5 games out of first.

The team scheduled a press conference Monday to explain the firing.

“I mean, I just found out,” Red Sox Manager Red Sox manager Alex Cora said. “I’m surprised, I’m shocked, honestly. Right now I don’t have too much to say. We’ll talk about it tomorrow. This is a guy that gave me a chance to come here and be a big league manager. It’s one of those that they just told me, so I’m not ready to talk about it.”