Why Did Sasha Obama Pick Michigan Over Ivy League? The Internet Weighs In 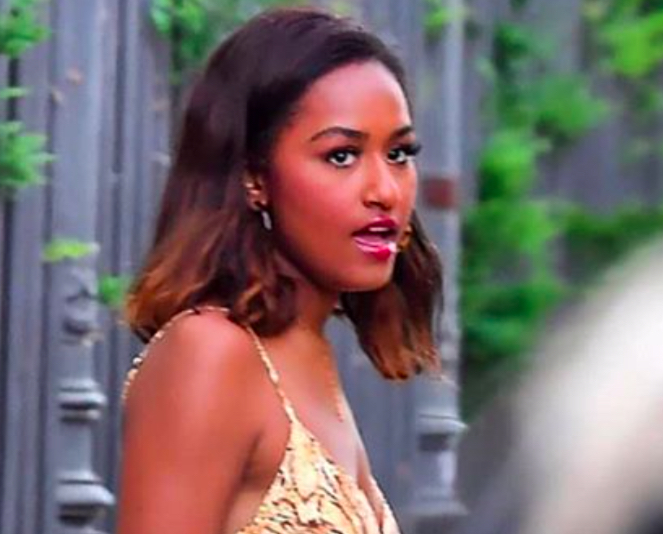 Michiganians collectively smiled -- except maybe some MSU folks -- when learning that Sasha Obama, daughter of former President Barack Obama, was enrolled for fall term at the University of Michigan in Ann Arbor.

But some wondered why Michigan? Why not Harvard, like older sister Malia? Or another Ivy league school?

Quora, a popular question and answer site, posed the question: Why isn't Sasha Obama going to an Ivy League school (it has been reported that she is going to the University of Michigan)?

► Christiian Harris, B.S. Psychology (2018): Her father was President of the United States and is rich enough to afford a home on Martha’s Vineyard. She has access to all of the connections she would need for a successful life right there.

Michigan is one of the top schools in the country with top ten national/world ranked programs. It is actually considered public Ivy. She really has no reason to go to an Ivy unless she wanted too. To people who really think she didn’t have the grades to get into Harvard. I got some swamp land to sell to you.

She could get in just based on who her father is. Not the influence he could pull for her. Just who he is would be more than enough...The simple reason is most likely she didn’t want to go to an Ivy League school. Which is fine, there are plenty of schools with programs that are just as good or better.

► Michael Simpson, studied at Syracuse University: The University of Michigan is one of the top universities in the world. It is also one of top, if not the top, public university in the USA. The differences between Harvard and Michigan in terms of education is so tiny that other factors may convince an 18-year-old to choose one over the other. For example, University of Michigan football is much more fun than Harvard will ever be.

Despite Harvard’s academic reputation, it has some other less-than-savory issues from elitism to white privilege.

To be honest, in today’s world, Ivy League schools are somewhat overrated. The differences between the top 50 schools or so are that great. Maybe Harvard has more Nobel Prize winners (officially 45 to Michigan’s 21), but that’s kind of a tiny difference, given how few awards are given out.

► Adam Rubinson, studied at Princeton University: Obviously, Sasha could get admitted to nearly any school she wanted. Nevertheless, the great schools in the Ivy League aren't for everyone. They tend to be academically rigorous, and not everyone (even really smart people) would enjoy that; some think it would be too much pressure or overly competitive academically. Places such as Harvard immerse someone for four years in a "life of the mind," surrounded by students and professors that want to live partially as scholars. Yes, there is lots of fun and incredible non-academic experiences at these schools, but the academic focus is a given.

► Sergei Rasputin, master's in social Work and psychology (1980): Going to Harvard for many people … but not all, of course…is overrated. The “truth” as I know it is this: If you are a bright person, you will succeed in life no matter what school you attended. [all-caps portions changed]

It’s the old maxim…”The creme always goes to the top.” The maxim is NOT: “Only if you go to Harvard will you go to the top.” Thus Sasha will have a wonderful Education at her university….and if she’s “the creme” she has just as much chance of “going to the top...

► Denise Quigley, avid observer of election cycles: Michigan is supposed to be a really fun place to go to school. Ann Arbor is a great college town. And Michigan is a public Ivy. More Fortune 500 CEOs attended public universities than Ivy League schools.

The quality of education she will get at Michigan is outstanding. It is also going to be in a completely different environment than she’s used to — she’s used to the small, insular community at Sidwell Friends. She’s now attending a huge public university that will have much more diversity than she’s used to. She will encounter rich, poor, middle-class, working class, white, Asian, etc.

► Nan Scott, master's of library science, University of Illinois (1975): Perhaps Michigan offers a program she is interested in or she has friends who are attending the school and she wants to go to the same school. It could be that she wants to go to school away from her parents and sister are, a fairly common reason for young adults to select a school. She lived in Chicago as a child and she could want to return to the midwest again. Didn’t her grandmother return to Chicago which is a short drive from Ann Arbor? That would mean she has family close, but not too close. U of M is a top rated school and its students are more than competitive with students in the in the traditional Ivy League. Any university in the world would be happy to take the daughter of a former president, so it is certain that it was her preferred school. In any case, she made an excellent choice for her undergraduate education.

► Tom Wagner, lives in Ann Arbor (1959-present): What a small-minded, elitist question! Although my daughter is a graduate of two Ivies from which she received a good education, I’d suggest that there are many other institutions as well where dedicated students can acquire uncommonly excellent educations — The University of Michigan (UM) being one.