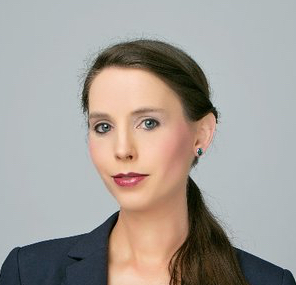 Rachael Denhollander, the first woman to publicly accuse Larry Nassar of sexual abuse, pressed Michigan State University President Samuel Stanley on Monday to initiate an investigation into the university's handling of the scandal, Kim Kozlowski of The Detroit News reports.

"It's either action or silence, she said.

Denhollander and two other victims called for an internal investigation in a joint statement after MSU trustees failed Friday to agree on the scope of an inquiry.

They say, in part:

We are deeply disappointed and disgusted once again with the recent conduct of Trustees Diane Byrum, Brianna Scott, Melanie Foster and Joel Ferguson regarding their decision to block the pursuit of an independent investigation into Larry Nassar’s sexual misconduct. These four trustees have continually demonstrated a complete lack of moral conviction to pursue the truth and ensure that what Larry did to hundreds of women and children never happens to anyone ever again on MSU’s campus.

Moreover, Trustee Dianne Byrum’s weak, deceitful leadership and Trustee Brianna Scott’s complete lack of ethical integrity to do what is right is a complete betrayal of the promises and representations they have made in public to support survivors.

Stanley, along with trustees and MSU spokeswoman Emily Guerrant, could not be immediately reached for comment, The News writes.

A 352-page book by Denhollander, going on sale Tuesday, is titled "What Is a Girl Worth? / My Story of Breaking the Silence and Exposing the Truth about Larry Nassar and USA Gymnastics."