The writer is a freelancer and former Detroit News reporter.

For starters, Yzerman hired internationally renowned strength and conditioning coach and entrepreneur Mike Barwis as the director of sports science and human performance. 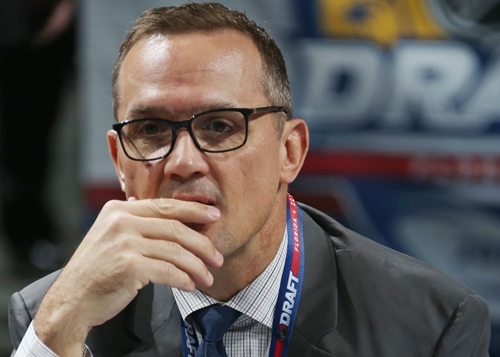 Barwis, who held a similar job at the University of Michigan from 2007-10 – coming from West Virginia with football coach Rich Rodriguez – said the Red Wings made the change because Yzerman wants to do everything possible to allow each player to be the absolute best they can be.

That might imply that Detroit’s strength and conditioning was subpar under former GM Ken Holland, but Barwis says that’s not the case.

The intent is for the methods of sports science and analytics to add to the traditional way that the Wings and other NHL teams have approached conditioning, injury recovery and maintenance.

“It used to be only players in a weight room with a strength and conditioning coach and a trainer,” Barwis said. “But we’re adding some scientific evaluation tools and a few more people to help them.”

Longtime head athletic trainer Piet Van Zant remains in that position. Mike Kadar, who had been the team’s strength and conditioning coach since 2015, had already left the team before Barwis was hired. Rob Campbell replaces Kadar.

Barwis has worked with athletes in 44 different sports, including over 20 years of work with hockey players. That encompasses the Wolverines hockey program when he was in Ann Arbor.

Yzerman has also asserted himself in the amateur and pro scouting departments, which had come heavy criticism under Holland.

He fired former director of amateur scouting Tyler Wright and lchief amateur scout Jeff Finley. Wright has been replaced with former Red Wings player Kris Draper, who had been a special assistant to the general manager since his retirement from the ice in 2011. Ryan Rezmierski and former Detroit draft pick and defenseman Jesse Wallin both have the titles of chief amateur scout, replacing Finley.

Even before he re-made the scouting staff, Yzerman went against conventional wisdom with his first selection as Detroit’s GM by taking German defenseman Moritz Seider with the sixth overall pick at the NHL Draft on June 21, in Vancouver.

Seider, 18, had been projected to go anywhere from the late teens to late 20’s in the selection order, but instead became the highest-drafted German player in NHL history.

Expect to 'be pleasantly surprised'

“We think he has excellent hockey sense,” Yzerman said after taking Seider. “He’s a big kid, 6-foot-3, a real good skater. In our opinion, he was one of the top defensemen in the draft.

“I know our fans don’t know much about him, but if people come to development camp and see him move, Google him, watch him play a little bit, I think they will be pleasantly surprised.”

And Seider was one of the team’s most impressive players for the team during the NHL Prospects Tournament in Traverse City.

The Wings signed Seider to a three-year entry-level contract and he is expected to play with either the Red Wings American Hockey League affiliate in Grand Rapids or return to Mannhein in Germany’s top pro league this season. But considering the state of Detroit’s defense corps, Seider could make a push in training camp to make the opening-night Wings roster.

Clearly, Yzerman – who also brought in former Red Wing player and scout Pat Verbeek to share assistant GM duties with Ryan Martin – has had a profound impact on the organization in less than five months on the job. Let’s see how long it takes for the results on the ice change.