Mackinac Island's Grand Hotel, one of the few things described as "iconic" that actually is iconic, has been sold to a private equity firm for an undisclosed price. 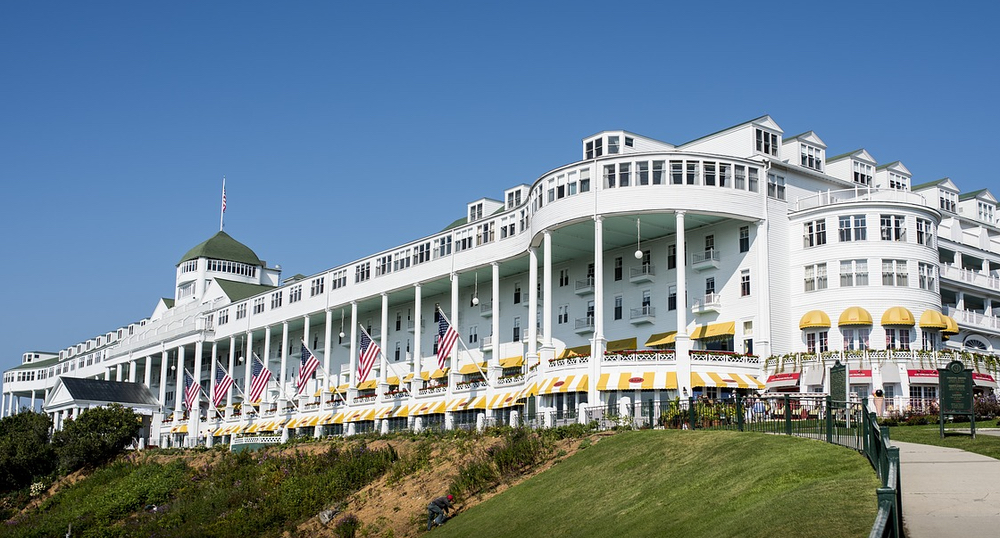 The sale brings the end of an 85-year era, in which the hotel was owned by the Musser family, now in its third generation of ownership and family management. The 397-room Grand has been a symbol of up north Pure Michigan luxury for almost that long, sitting high on the island's West Bluff. Its 660-foot-long front porch, dotted with rocking chairs along its length, has been the preferred place to watch sunsets and other hotel guests, sauntering from one end to another.

It has been the setting for weddings, honeymoons and "Somewhere in Time," a 1980 romantic time-travel film starring Christopher Reeve and Jane Seymour. The film was shot at the Grand.

The new owner, KSL Capital Partners, describes itself as "dedicated to investments in travel and leisure businesses" on its website.

WXYZ quoted from a press release not yet posted on the Grand Hotel or KSL Partners sites as of mid-afternoon Tuesday, which said:

... Dan Musser III will remain as chairman, and said the sale is expected to close within the next 30 days.

“It has truly been an honor and a privilege for my family to serve as steward of this incredible Michigan landmark for nearly nine decades. This is a role we have not taken lightly, nor was this decision to transfer ownership to KSL,” Musser said in a release. “KSL is a seasoned investor in travel and leisure businesses, with a depth of resources and capabilities to provide exceptional service. KSL has owned and operated some of the most prestigious destinations in the world, and we are pleased that they will help preserve the history and heritage of Grand Hotel.”

Early reaction was along the lines of former Gov. Jennifer Granholm's: