This may seem like a "Law & Order" plotline, but it's a real-life drama that embarrasses the state attorney general.

TV-like elements include alleged sexual assaults and a compromised prosecutor who could be charged with a crime. Beth LeBlanc of The Detroit News compiles details:

Michigan State Police have opened a criminal investigation into a former assistant attorney general who allegedly confessed to having an intimate relationship with a victim in a sexual misconduct case he was prosecuting.

"To say that I'm horrified, to say that I'm disgusted, it's really an understatement," Nessel said. "I have never before even heard of a situation like this." 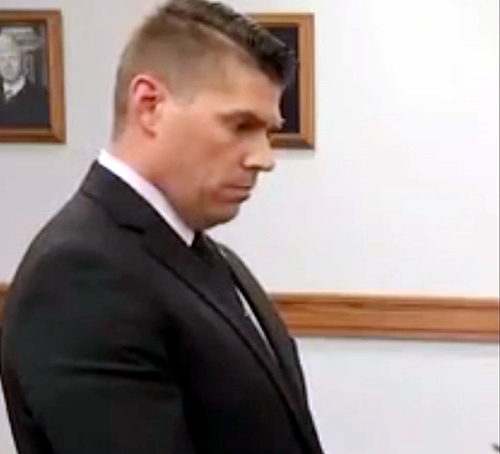 Kolodziej, 41, was a holdover from her Republican predecessor, Bill Schuette. He joined the attorney general's office last September after three and a half years as a sex crimes prosecutor in Macomb County, where he was part of the Child Protection Unit handling sexual assault cases involving minors.

His acknowledged relationship was with one of two women who say they were sexually assaulted by Ian Elliott, a former Central Michigan University student government president.

The defendant was sentenced to one year and one day in prison as part of a no-contest plea deal in late June in one case. A second trial on one count of third-degree criminal sexual conduct was scheduled to begin this month.

Nessel's office is reviewing other cases handled by Kolodziej, whose Polish last name is pronounced ko-LAH-gee-edge. She'll also require training to reinforce that personal relations with witnesses and victims are forbidden.

"This man's actions do not define our department but our response will," Nessel said, according to The News.